Positively, Taurus and Scorpio are both:

Negatively, Taurus and Scorpio are both:

The Different Instincts of Taurus and Scorpio

Taurus and Scorpio have similarities, but they also have different instincts. It's said that opposites attract, and it's the interaction between their differences that attracts Taurus and Scorpio to one another.

The Taurus Instinct to Shape

A Taurus' primary instinct is to settle into a place or vocation, give it shape and form, and grow steadily to build a peaceful, prosperous life. Taurus is the personal Fixed Earth sign of the zodiac that's ruled by the Moon and Venus, the planet of love. A Taurus enjoys the simple life. They are private, soft, romantic and earthy individuals who plant their feet, abhor change, and crave comfort, security, and pleasurable physical sensations.

The Scorpio Instinct to Transform

A Scorpio's instinct is to stir things up, bring what's hidden to the surface, and transform it. Scorpio, ruled by Mars (human desire) and Pluto (death and transformation), is the emotional charged social Fixed water sign of the zodiac. A Scorpio is analytical, enjoys complexity, and is a catalyst for change. They're curious, secretive, driven by emotions, have a dark sense of adventure, and provoke intense interactions with others.

What Taurus and Scorpio Bring to the Relationship

Taurus can help to calm Scorpio's dark whirlpool of emotions, while Scorpio can help Taurus move past logic and common sense into the more ethereal world of emotional possibilities. However, it's a complex dynamic, and all too often this most positive side of Scorpio and Taurus compatibility is lost amid the drama, passion, intensity, and pain of the rough spots.

When a Scorpio and Taurus Relationship Hits a Rough Spot

As complimentary as a Taurus and Scorpio relationship can be, they are opposites. When each takes a different stance and digs in the relationship is likely to go wrong. The potential for a productive partnership and friendship, as well as white-hot passion and romance is there, but they both have strong, powerful, and explosive personalities. When they fight, each can hurt the other to the point of no return.

Arguments Between a Taurus and Scorpio

A Taurus is notorious for their obstinate nature and their slow-building anger. A Scorpio is renowned for their temper and periods of deep brooding. Unless one or both has planets in Mutable signs, the combination of these two negatives can lead to arguments that don't go anywhere and result in volatile fights, followed by long periods of silence and resentment. 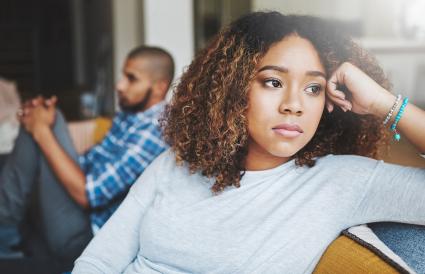 Scorpio and Taurus in Various Relationships

Taurus and Scorpio have specific personality characteristics, some positive and some negative, but each is more than their Sun sign. How each manifests their Sun sign is dependent on the aspects (planetary relationships) in their natal chart.

Taurus and Scorpio don't rush into any sort of relationship, and it's likely, even if there is a romantic attraction, it will be friendship first. As friends, they can learn to enjoy one another's company without expectations. However, intellectually, they aren't likely to be on the same page, and both can be obstinate and stubborn. So, they'll both will need to compromise and accept the other's thoughts, even when they don't agree.

Taurus and Scorpio are both very sensual and love passionate displays of affection. Their love is held together by their sexual chemistry, and once Scorpio understands the constancy of Taurus' love, the relationship will deepen. Taurus and Scorpio have tons in common, but because their personalities are so powerful, they often swing between passionate love and passionate disagreement!

The sexual attraction between a Taurus and Scorpio is likely to be off the charts! Scorpio loves the idea and the experience of sexual surrender and physically merging with their partner; perhaps even more than they love control. A Taurus thrives on skin-on-skin contact, extended slow foreplay, and sensual sexual experiences, so, arousal and orgasm are sometimes exactly what they both need to get back on track after a rough patch.

Scorpio and Taurus in a Marriage

A Scorpio and Taurus are both marriage minded and if they make it this far, they will have, hopefully, balanced out their differences. Because marriage is the point when these two stubborn and independent individuals will have to deal with each other on a day-to-day basis. Additionally, when they commit to one another, each is in it for the long hall, regardless of how intense and the painful their fights might be. 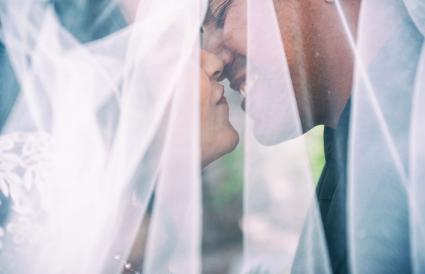 One of the most pressing problems they'll deal with early in their married life is money. Taurus and Scorpio are both hard workers who have an interest in money due to stability that goes along with it. So, theirs is likely to be a dual income family. Having enough money isn't usually a problem, the problem is Scorpio's all about merging their incomes, while a Taurus, who needs to feel financially independent, would prefer that their salaries be kept separate. Probably the best compromise is three checking accounts; yours, mine and ours.

A Taurus parent is quiet, patient, and reasonable, but not a push-over. A Scorpio parent wants to know everything their child is up to and wants to be involved in every aspect of their lives. Both are protective and controlling. As co-parents, you can bet their kids will be loved and have a bountiful life, but they could also be hovered over and controlled. As co-parents, both Taurus and Scorpio will need to learn to relax and back off a bit, especially as their children get older.

Dealing With the Worst

A Scorpio and Taurus can flourish if Scorpio can tame their dark, brooding nature, which at times can be too much for the more easy-going Taurus, and if the obstinate attitude and intransigent opinions of both are reined in. Meeting with a professional astrologer, for a relationship consultation, can help a couple become aware of the deficiencies and root causes of their problems, but if neither party is willing to practice change, the ultimate result will be a struggling relationship.

Regardless of astrological Sun signs males and females are different. They are physically different and are socialized differently. Scorpio is ruled by Mars (a masculine planet); male Scorpios are more aggressive than female Scorpios. Taurus is ruled by Venus and the moon (the feminine planets); a Taurus women's personality is softer, more nurturing, and more feminine than a Taurus man. These rulers also indicate that a Scorpio (male or female) will attempt to take the lead in a Taurus/Scorpio relationship. This combo may be easier if the Scorpio is a man.

This is an intense and complex partnership which will leave its mark on both Taurus and Scorpio. Each can come to hate the other faster than they fell in love, but their magnetism can be so high they may not be able to get away from one another. But whether the relationship lasts six months or a lifetime, it's a relationship that can forever change both of them for the better.