One of the quickest and easiest uses for tarot is to answer yes or no questions. There are multiple methods to do this, and interpreting them can help you gain important insights.

One of the most common ways to use tarot to obtain yes or no answers is to use a simple three-card draw. This uses simple reversals for yes or no answers and also allows you to gain some insight into why the answer was yes or no. 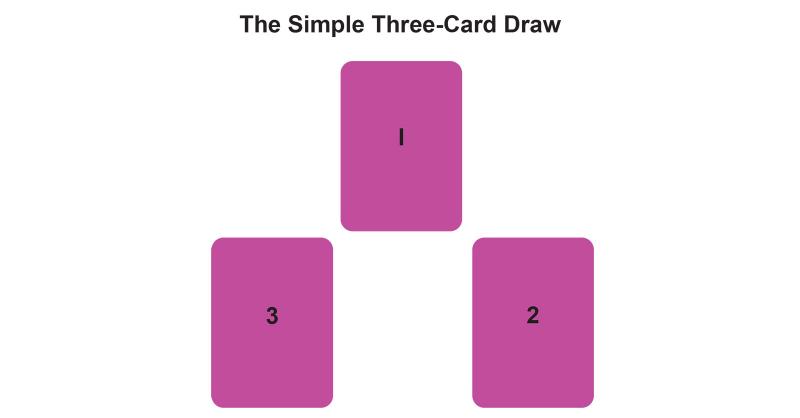 Triple Yes or No Tarot Query

In The Ultimate Guide to Tarot, author Liz Dean suggests asking the same yes or no question three times and drawing a card for each time you ask, placing them face down. To do this:

To read the results, look at the sum of all three cards - each will have an answer of yes, no, or neutral. If all three indicate yes, then the strongest possibility is the answer is yes. If two are yes and one other card isn't (either neutral or no), it is likely the answer will be yes. If two are no and one is yes or neutral, the answer will likely be no. If all three are no, then the answer is no. If the cards are mostly neutral, you may need to query again later or formulate your question differently. It may also indicate now isn't the time for you to receive the answer you seek.

Values of the Cards

To use this method, you'll need to know the values of the cards.

You can also use a single card draw with your yes or no question. Before you do this, hold the deck in your hand and create the intention for which cards will indicate yes or no. For example:

Once you have programmed this intention into the cards by holding it and stating that as your intention, write down what you decided so you do not forget or try to massage the results to be the answer you want instead of the one you receive. Now, do the following:

If you don't have a tarot deck, you can use playing cards to do the same thing. Just decide which cards (reds or blacks, for instance) will indicate yes or no. Question, shuffle, cut, and choose as above, and you'll have your answer.

There are many methods of yes no divination and using tarot cards is an easy way to get your answer. Just be honest in your approach and interpretation, set intention in the cards for which mean yes or no, and ask your question.

1
Comments
© 2006-2021 LoveToKnow, Corp., except where otherwise noted. All Rights Reserved.
Yes or No Tarot Types and How to Interpret Them