Leo is the astrological sign of creative self-expression. The Midheaven (MC) is one of four personal angles in a natal chart. The MC represents your highest aspirations, reputation, and your role in social and work situations. A person with Leo on the MC were born to lead and to be seen as a superstar.

Regardless of your Sun sign, if you have Leo's sign on the MC, your public image and aspirations take on Leo's qualities. Leo is the Fixed Fire sign of the zodiac. With a Leo MC, your larger than life public persona on display. At work or in social situations, you're seen as self-confident, competitive, courageous, and determined, but also as good-natured, kind-hearted, generous, fun, creative, and perhaps even a bit flamboyant.

Those with a Leo MC often find fulfillment it careers, that in one way or another, put them in front of an audience and allow them to display their creative talents. 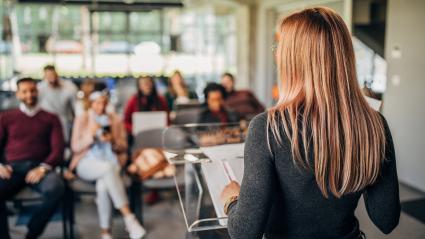 Those with a Leo MC are sometimes prone to drama, scandal, and general extravagance. At their worst, they can also be overbearing, egotistic, selfish, hot-tempered divas, who are demanding and self-serving. Those with a Leo MC should remember that their superstar status depends on pleasing their audience.

The Sun is the ruler of a Leo MC. So, take note of and read about its placement and aspects. Also, note planets that are in the 10th house and read about them. This gives you a good start in understanding how an individual with a Leo MC will pursue public recognition. However, the most important thing to keep in mind is that the MC is not a planet. It's not a part of your personality; it's your public reputation and your worldly aspirations. 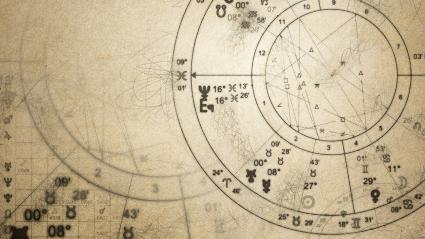 Famous People With a Leo Midheaven

A Leo MC can manifest in many ways related to the sign and house of the individual's Sun. The best way to understand how to interpret a Leo MC in a natal birth chart is to look at the lives and birth charts of famous people.

Robin Williams, who's credited with leading San Francisco and LA's comedy renaissance, has Leo MC and a ninth house Cancer Sun. With Sun in the ninth, his solar purpose was to be found in an emotional (Cancer Sun) quest for freedom of thought (9th house.) Robin became a superstar with the use of his improvisational skills.

Jacqueline Kennedy was the First Lady of the United States from 1961 until her husband's assassination in 1963. Jackie has a Leo MC and a Leo Sun in the ninth house. With her Sun in the ninth, she took a personal interest (Leo Sun) in larger world concerns (9th House.) Jackie was an icon and one of the superstars of the 1960s. She was famous (MC) not only for being the first lady but for the style, elegance, and grace (Leo) she brought to Whitehouse and the nation (9th house.)

Edgar Allen Poe has a Leo MC and a third house Capricorn Sun. Poe was quiet and secretive (Capricorn), but his sense of self (Sun) required that he be heard (3rd house). Poe is one of America's most famous short story writers (3rd) and became a superstar (Leo MC) due to his mystery and macabre tales.

Sigmund Freud, the founding father of psychoanalysis, has a Leo MC and Taurus Sun in the seventh house. With his seventh house Taurus Sun, Freud had an interest (Sun) in the physical appetites and desires (Taurus) of others (7th house). Freud's redefinition of sexuality made him a world-renowned superstar (MC) in psychotherapy.

Katy Perry has a Leo MC with her Sun, Ascendant, Mercury, Moon, and Saturn in Scorpio. This is a powerful "in your face" Scorpio stallion that drove her not to be just a singer but to become a roaring superstar. It is no surprise that with her Leo MC, one of Katy's most well-known songs, Hear Me Roar, contains the lyrics "Cause I am a champion, and you're gonna hear me roar."

Vladimir Putin has an eleventh house Libra Sun and Leo MC. With the Sun in Libra in the 11th house, Putin's central purpose (Sun) is to join with a group of people who shares his interests (11th,) lead its social agenda (Libra,) and never lose his leadership in the social pecking order. With his Leo MC (Pluto is also Conjunct his MC), Putin has cultivated a strongman public image. He has also become a pop-cultural icon for the Russian people. Many commercial products are named after him.

More About a Leo Midheaven