Jupiter is a social planet that takes 12 years to circle the entire zodiac, during that time it spends one year in Sagittarius. Jupiter rules Sagittarius. A planet in the sign it rules has a significant influence in a natal Chart. If you were born when Jupiter was in Sagittarius, the heavens gifted you with an extra dose of optimism, confidence, and good fortune.

Luck, heavenly protection, expansion, optimism, and confidence are associated with the planet Jupiter. Sagittarius, the adventurous wondering and wandering Mutable Fire sign of the zodiac, is extraverted, enthusiastic, optimistic, very sociable, and mobile. Put Jupiter in Sagittarius and both become supercharged.

Jupiter in Sagittarius in a Natal Chart

If you have Jupiter was in Sagittarius in your natal chart, you were born during a year of expansion. A time when things seemed to be going well and society, in general, was optimistically and confidently moving forward. This good vibe was imprinted upon your personality and affects all your endeavors and impulses in one way or another.

Regardless of Sun sign or the entirety of a birth chart, a search for knowledge, understanding, and truth is the general underlying principle in the lives of those with Jupiter in Sagittarius.

These are individuals who identify strongly with their own beliefs. Whether their beliefs are spiritual or religious, they trust they are protected and have an underlying self-confidence and faith that they are right and everything will work out for the best.

Someone with Jupiter in Sagittarius is wise and curious about everything in life. They spend their lives looking at the big picture, asking "why?" and seeking answers.

Those with Jupiter in Sagittarius are lucky. You could call it fate but they always seem to be in the right places at just the most fortunate times. It's their friendliness that opens doors for them that lead to unexpected opportunities. However, it's their optimism, confidence, and faith that allows them to seize and exploit unexpected chances offered by chance encounters in their day-to-day life. 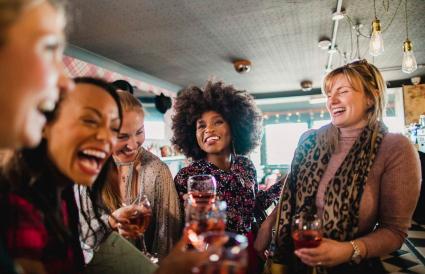 Too much of the same old, same old is difficult for a person with Jupiter in Sagittarius. They love traveling and being around and learning from different cultures and people. Their nomadic restlessness often means they will live in several far away places during their lives. They have the attitude that any place they hang their hat is home and can easily and happily move from one place to another.

Those with Jupiter in Sagittarius are not especially committed or content individuals, and because of their restlessness, relationships that tie them down are difficult for them.

They often have the same issues in their career as in their relationships, they grow restless. So regardless of the career field, they are happiest in positions that allow them to teach and guide others, as well as travel. 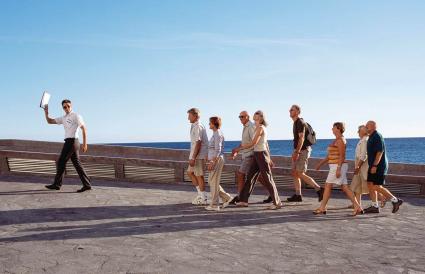 When Jupiter is in Sagittarius, individuals, especially those with the Sun or other planetary placement in the fire or air element, can be immoderate at times. They can be overly reckless, confident, and self-righteous, as well as blind to practicalities. Those with earth heavy charts are more grounded and practical, but luck is still on their side.

Sun and Jupiter in Sagittarius

If you have both the Sun and Jupiter in Sagittarius, it could be said you're a Sagittarian who's running on high-octane fuel, because Jupiter eggs you on to be more expansive, daring, adventurous, optimistic, confidant, happy and carefree. This can result in people seeing you as a likable person who will do anything to get a laugh, but should never be underestimated. Woody Allen, the American director, writer, actor, and comedian, is a great example of someone with both the Sun and Jupiter in Sagittarius.

Too Much of a Good Thing

Celebrities With Jupiter in Sagittarius

Famous individuals with Jupiter in Sagittarius have many personalities and lifestyles.

Studying Jupiter in Sagittarius in your chart can show you in what area of life (astrological house) where expanded opportunities for luck, success, abundance, and wealth can be found. If you'd like to go treasure hunting, you'll need your timed birth chart. You can get one quickly at AstroCharts.com.

0
Comments
© 2006-2020 LoveToKnow, Corp., except where otherwise noted. All Rights Reserved.
Resources, Advice & Tips for Covid-19
Read More
What Jupiter in Sagittarius Means in a Natal Chart