An astrological stellium identifies something special about you. It's a complicated mixture of issues, interests, challenges, and gifts that are central to your life. It's often a career indicator, but in any case, it's undoubtedly your passion.

What Is a Stellium?

A stellium is simply a cluster of three or more planets that are in a conjunction aspect in a single sign. A stellium can actually eclipse your Sun, Moon, or Ascendant in terms of importance. Why? Because you have a laser-like focus on the qualities the sign represents, as well as in the house or houses it occupies, and the house in which the planet that rules the sign of your stellium resides. A stellium can be a gift, or it can become an obsession that takes over your life. 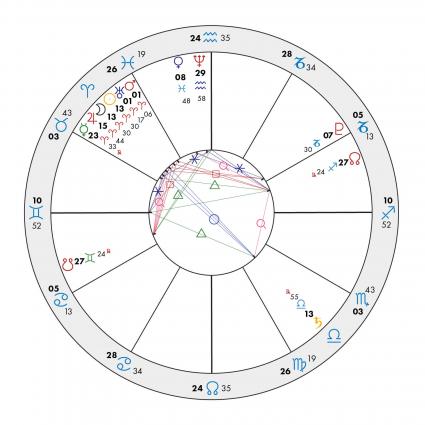 Stelliums in the 12 Astrological Signs

If you want to know if you have a stellium and what house or houses it occupies, you can get an accurate birth chart at AstroSeek by entering the date, time, and place of birth.

If you have a stellium of Aries planets, you're action-oriented and enthusiastic about life but tend to be an impulsive, competitive loner.

If you have a stellium of Taurus planets, you're a bit of a hedonist who appreciates beauty and takes life slow and easy.

If you have a stellium of Gemini planets, you're a talker and thinker who's curious and always up for fun and witty repartee.

If you have a Cancer stellium, you're a loving, empathetic, nurturing, and selfless person who is also sensitive, easily hurt, and needs to feel secure in life.

If you have a stellium of Leo planets, you're dramatic and want to be seen, loved, praised, and appreciated.

If you have a stellium of Virgo planets, striving for perfection is paramount, and you're more efficient, productive, and concerned with your health than other people.

If you have a stellium of Libra planets, you're a people person, and your focus will be on others.

If you have a stellium of Scorpio planets, you're a transformer and are also likely to undergo large and small transformations throughout your life.

If you have a stellium of planets in Sagittarius, you're an optimist who can always look on the bright side and come up with the biggest, boldest ideas possible.

If you have planets in a Capricorn stellium, you're super ambitious and have the potential for success and respect.

If you have planets in an Aquarius stellium, you're a rebel innovator who's intelligent and thinks out of the box.

If you have planets in a Pisces stellium, you're a dreamer who's soft, gentle, compassionate, imaginative, and highly intuitive.

The Planets in a Stellium

The planets in a stellium are like a team of players who each has a job to do and must work together. Astrologer Donna Cunningham, in her book The Stellium Handbook, writes the "sequence of planets in the stellium... tells the story." This means the planet at the lowest degree of the sign is the leader. But how and to what extent you feel the effects of a stellium depends on the planets involved.

If a stellium consists of only the inner planets (Sun, Moon, Mercury, Venus, or Mars), it's relatively easy for them to work together.

Jupiter always expands what it touches, and as part of a stellium, it can extravagant how the planets and the energy of the sign express, often to excess. While Saturn can limit their expression or, on the other hand, make them extremely structure and well defined.

When the outer planets, Uranus, Neptune, or Pluto, are part of a stellium, they are so complex and powerful that they are key players.

The house or houses in which a stellium is located is of utmost importance. A stellium is more powerful when it is both a stellium by sign and house. One house is not stronger than another, so regardless of what house a stellium occupies, it can produce many accomplishments in that arena of life.

Transits to a Stellium

It's significant when a stellium is activated by transit or progression. This is particularly important when the planet doing the triggering is an outer planet. As an example, Pluto can take as long as 6 to 7 years to cover a 12-degree orb, so if the planets in a stellium are conjunct within 2 to 3 degrees, they will be hit together. As a transit triggers one planet after another, it sparks a series of events and developments related to the house, planets, and signs in the combination. Knowing how to use the positive potentials represented by a stellium can help an individual make more conscious and better choices.

Astrology is complex, but so are human beings. If you have a stellium in your birth chart, you're extraordinarily complex. Stelliums are challenging to interpret in a natal chart. So, if you're feeling a bit lost trying to piece your stellium together, the best advice is to consult a seasoned professional astrologer and let them zero in on that part of your birth chart.

0
Comments
© 2006-2021 LoveToKnow, Corp., except where otherwise noted. All Rights Reserved.
What Is a Stellium? Significance in Astrology