You can understand what a Mars in Aquarius sign personality is like by examining the astrological influence it has over your natal chart. This combination of energies reveals some surprising personality attributes and characteristics.

The Mars in Aquarius brings a surprising twist to this air sign. Mars ignites under the air sign as an ultra-strong and charismatic energy intensifying the Aquarius magnetic personality with a greater drive and disarming characteristics. Mars is the planet of aggression and passion. When Mars falls in the Aquarius sign, these energies transform Aquarius with the power and strength of the planet Mars. Aquarius capitalizes on the raw power and energy of the red planet and molds it to boost the characteristics and attributes of Aquarius.

Aquarius is the sign of uniqueness and individuality. If your astrology chart reveals Mars in Aquarius, you are a true innovator and the original "think outside the box" problem-solver. Your natural attributes are ramped up with this placement. 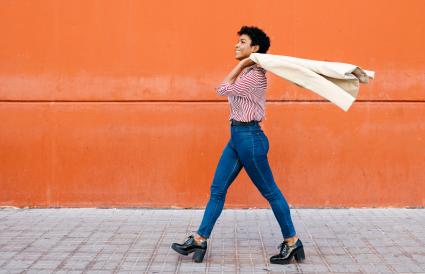 Aquarius is a freedom-loving sign, and when combined with the Mars energy that also needs freedom, you get a fierce need to be free from the confines life and relationships often demand. Extreme independence is just the beginning of the Mars in Aquarius person's need for freedom. This is freedom from social mores, expectations and career restrictions. The quickest way to set anyone off with this combination is to make them feel trapped with no choices. The only thing you'll see is a dust trail as they flee those physical or emotional confines.

Aquarius is the sign of intellectual pursuits. Mars in Aquarius people have a world view of life. They are open-minded and this gives them a broader perspective that is 360° for any situation. This attribute enables them to practice exceptional critical thinking.

Since Mars in Aquarius is unique and approaches life from a different perspective, this combination presents a rather eccentric and even quirky personality. However, this person is simply marching to the beat of a different drummer on steroids. They usually instinctively know something that others have overlooked. They should never be dismissed since they are a few steps ahead of the herd.

Aquarius Under the Influence of Mars

Altruism is part of the Aquarius makeup and with the energy of Mars, this attribute receives an upgrade. This combination goes beyond simply helping others by striving to enable others to grow and become the best they can be. Mars in Aquarius is always focused on what's ahead and moving forward.

Justice for the Underdog

Aquarius seeks justice and fights for the underdog. When Mars is in the Aquarius sign, the person holds a picket sign almost as often as they do a fork. It is just second nature to seek out a cause, organize a rally and lead a protest against what they perceive to be an injustice.

Born to Lead the Charge

There is always something Mars in Aquarius can rebel against, and they easily inspire others to follow them! In fact, you'll find those with Mars in Aquarius often leading political campaigns for change, guiding non-profits and organizing fundraisers. 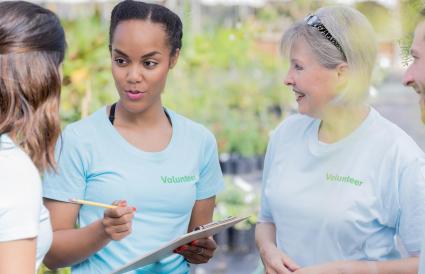 The Aquarius sign is often unpredictable with an erratic behavior depending on what catches the air sign's eye. The flightiness of an air sign can be less stable under the combustible influence of Mars. This dynamic, driven and full of energy planet is a force to be reckoned with.

Under certain circumstances the Mars in Aquarius combination can create a dramatic and out-of-control reaction. However, it will be short-lived like a gust of wind. On the flip side, the air sign can extinguish any Mars lit fuse before it ignites. It depends on the situation and circumstances as to how the person to react.

Mars in Aquarius is restless and when they see something they want, they always find a way to get. Through their charm, wit, intellect and creativity, they can arrive at a plan of action that ends with obtaining their prize.

Affairs of the Heart

Aquarius is intrigued by other people and demands the freedom to explore sexual relationships. With Mars in Aquarius this need is magnified. Anyone who attempts to corral them into a traditional monogamous relationship will end up being emotionally hurt, devastated and ultimately abandoned. Mars in Aquarius often has open relationships with several love interests. To Mars in Aquarius, unconventional is their norm.

When a Mars in Aquarius sign shows up in a natal chart, its impact can be understood. You can clearly see this influence reflected in the person's personality traits.

0
Comments
© 2006-2020 LoveToKnow, Corp., except where otherwise noted. All Rights Reserved.
Resources, Advice & Tips for Covid-19
Read More
What Is a Mars in Aquarius Sign Personality Like?