What do Elvis Presley and Ted Bundy have in common? They were both born when Jupiter was in Scorpio. Jupiter is an expansive and bright energy, while Scorpio is a dark, penetrating, and forceful energy. When you put these two together you create a powerful magician who can see what's hidden in the dark and can bring the hidden, painful, and complex issues of life out into the open.

Jupiter is a social planet that spends 12 plus months in each sign. Its sign placement shows how the world collectively interprets the events and circumstances happening during that year. Every 12 years, when Jupiter returns to Scorpio, the world goes into protective mode. When Jupiter is in Scorpio, it's ruled by Pluto, and humanity interprets experiences through the narrative of self-preservation and self-interest. Which means people born during these years are more expansively protective than most.

Jupiter in Scorpio in Your Natal Chart

Those who are born when Jupiter is in Scorpio are decisive, intense, have willpower, commitment, and emotional strength. And are more focused on getting to the bottom of a matter than on being fair and polite. Other traits of individuals with Jupiter in Scorpio:

Jupiter in Scorpio indicates good luck in financial situations and also making lucky guesses. When Jupiter in Scorpio in a natal chart is well espected, the individual can be fortunate in the area of life that Scorpio rules; the matters of this house are where they can draw on their inner strength, knowledge, and courage to prosper.

Jupiter, the ruler of Sagittarius, is anything but a moderate planet. It can not only expand the best of Scorpio; it can also expand the worst. This means those with Jupiter in Scorpio can also be excessively obsessive, possessive, self-protective, and secretive individuals. Jupiter in Scorpio can also lead to compulsive gambling and risk-taking, as well as suspicion out of proportion to real events. If Jupiter has challenging aspects, an individual can develop toxic realities for both themselves and others and even hurt people. 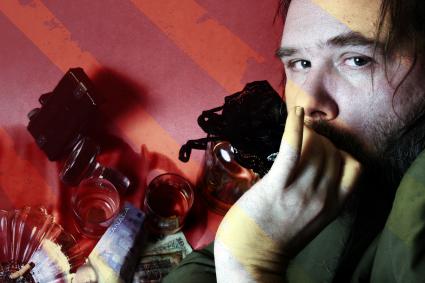 Celebrities With Jupiter in Scorpio Speak

Tupac Shakur says (Gemini Sun, Jupiter in Scorpio): "If you can make it through the night, there's a brighter day."

Stephen King says (Virgo Sun, Jupiter Scorpio): "Monsters are real. Ghosts are too. They live inside of us, and sometimes, they win."

Neil deGrasse Tyson says (Libra Sun, Jupiter in Scorpio): "Curious that a bulletproof vest does not protect the neck, head, or groin. I consider these body parts important."

Ted Bundy says (Sagittarius Sun, Jupiter in Scorpio): "Society wants to believe it can identify evil people or bad or harmful people, but it's not practical. There are no stereotypes."

Elvis Presley says (Capricorn Sun, Jupiter in Scorpio): "Trust is like the sun, you can shut it out for a time, but it ain't going away."

Sally Field says (Scorpio Sun, Jupiter in Scorpio): "I must go to what desperately frightens me -- the chance of failure. . ."

In the most positive sense, Jupiter wants you to thrive and be happy, while Scorpio wants you to survive and be stronger. Jupiter and Scorpio seems like an odd combination. Still, together, they can create potent energy that gives those with Jupiter in Scorpio in their natal chart the strength to survive, thrive, and find happiness.

0
Comments
© 2006-2021 LoveToKnow, Corp., except where otherwise noted. All Rights Reserved.
Resources, Advice & Tips for Covid-19
Read More
What Does a Jupiter in Scorpio Natal Sign Mean?