Your birth chart is a map of the heavens drawn based on the time and place you were born. It shows your strengths and opportunities, weaknesses and challenges, and how your life is likely to unfold over time. And all of this is calculated and measured by degrees.

Do Degrees Matter in Astrology?

Yes, the degrees in an astrology chart do matter; as a matter of fact, you could say that astrology is the geometry of the heavens. Your birth chart is laid out on a 360°circle. The circle is divided into twelve sign divisions of 30° each. The signs are divided into three decans of 10° each. There are degrees of separation called aspects and degrees of orb. There are also critical degrees, powerful degrees, and unlucky degrees as well as degree symbols for all 360°.

The Circle and the Astrological Signs

An astrology chart begins with a 360° circle that represents the ecliptic. Starting with 0° Aries, each of the twelve astrological signs takes up 30° of that 360° circle. 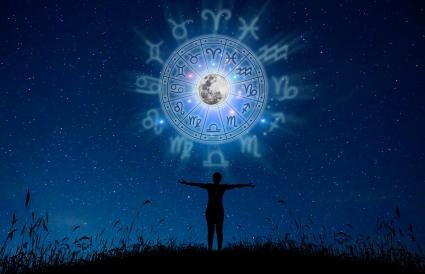 All those lines you see crisscrossing the center of a birth chart connect different degrees of the zodiac. They are called aspects. Aspects are the angular degrees and minutes of ecliptic longitude that separate two points. The more exact, the stronger and more dominant an aspect will be in shaping character and manifesting change. Certain degrees of angularity are called "major aspects." These are 0° (conjunction), 60° (sextile), 90° (square), 120° (trine), and 180° (opposition). 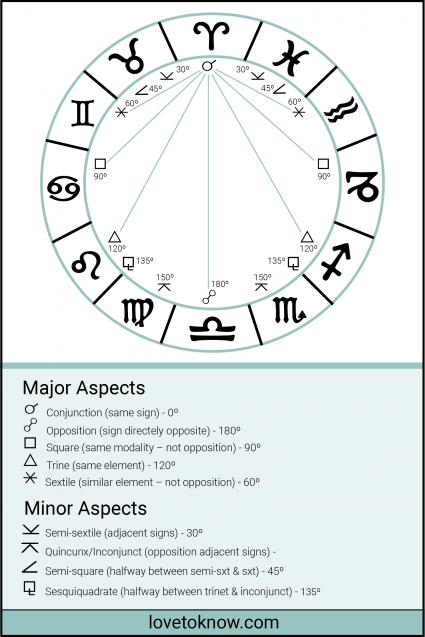 Each sign is also divided into three 10° sections called decans. The three decans of each sign are defined by the three signs of the same Element and their ruling planets. Decans reveal a shade of difference in each astrological sign.

The Avatar degrees are 15° Taurus, Leo, Scorpio, and Aquarius. It's thought that these degrees of the Fixed signs bring forth resourcefulness, coincidences, and lucky accidents that can sometimes seem magical. An individual with a planet at the avatar degrees often becomes a "go-to" person who makes things happen. 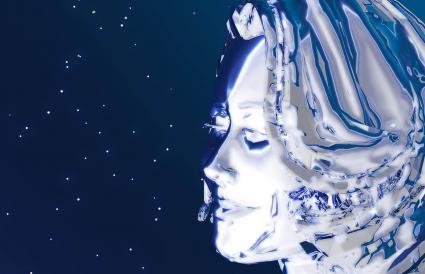 Aries Points are 0° degree of Cardinal signs: 0° Aries, 0° Cancer, 0° Libra, and 0° Capricorn. A Planet on the Aries point often foretells recognition, but not necessarily celebrity. Planets on the Aries point reveal a potential for the individual to make an impact and be recognized through their Aries point gift. 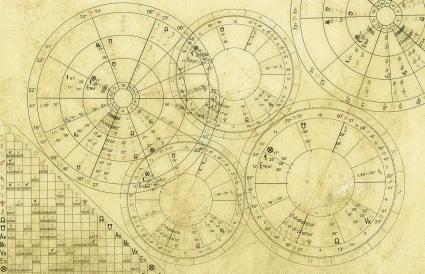 The degree of orb refers to the range of influence in which an aspect, other configuration, or important degree comes into effect. Although orbs of influence are widely used, and it's agreed that more exact the degree of orb, the more powerful the effect, there is no set standard for orbs.

A birth chart is fixed to a moment in time and space, but the sky continues to move, and life unfolds. This is revealed in progressions and transits. When astrologers refer to a progression or transit, they are referring to the degree of moving planet coming into alignment with the degree of a planet, angle, or other configuration in a birth chart. The degrees play a crucial role in timing major and minor events.

The most widely used degree symbols are the Sabian Symbols. The Sabians are a set of 360 phrase symbols that correspond to each degree of the zodiac. They were channeled by spiritualist-medium Elsie Wheeler and written down by astrologer Marc Edmund Jones. They are a rich source of wisdom and inspiration and can be applied to any planet or point in a birth chart. Interpreting a birth chart, like Santa's, with the Sabian symbols can add layers of archetypical meaning to each degree placement.

Degrees are crucial to analyzing an astrological chart. If you'd like to hunt for some planets, angles, or other configurations on these particular degrees in your or someone else's birth chart, you can calculate natal charts that shows all 360° of the zodiac at Astro-Seek.com.

Comments
© 2006-2021 LoveToKnow, Corp., except where otherwise noted. All Rights Reserved.
Understanding Degrees in an Astrology Chart