Saturn is considered the planet of parental and societal boundaries and limitations. Pisces is the imaginative mutable water sign that has no boundaries. If you were born when Saturn was in Pisces, creativity and spiritual understanding were promised at birth. However, you can only walk toward the light when you've silenced your irrational fears and disciplined your imagination.

Those born when Saturn is in Pisces were born into a world they perceived as harsh and filled with hopelessness and sorrow. Still, they're idealists who consider the possibilities of how things might be. Their hearts long for peace, calm, and unconditional love. But when young, peace and serenity can seem like an impossible dream. Their life's circumstances cause them to ponder deep universal questions, such as "Is there a God?" These are people who are meant to embrace their creativity and gain a more spiritual understanding of life's meaning and purpose.

Do You Have Saturn in Pisces?

Saturn spends about 2.5 years in each astrological sign. During this time, a large group of people is born with a Saturn in Pisces perspective. Saturn was or will be in Pisces during the dates below.

Saturn in Pisces is not a cakewalk. These are individuals who are of this world, but not in this world. The biggest issue they have is knowing when and where to set boundaries. This can lead to such negative traits as:

At their best, those with Saturn in Pisces are serious about things like spirituality, the imagination, and living a compassionate life.

Individuals with Saturn in Pisces were born to learn to balance the practical work that Saturn requires with Pisces' creativity and spirituality. They must not let pessimism and skepticism (Saturn) keep them from the physical externalization of their creative and spiritual longings (Pisces). 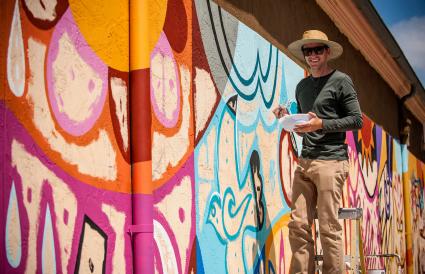 With Saturn in Pisces, the individual can excel in artistic careers and find creative and spiritual expression through art forms such as painting, photography, writing, acting, music, or dance. They can also excel in healing professions or as spiritual teachers.

Create Something With Meaning and Value

To begin delineating Saturn, you'll need to calculate a birth chart based on the date, time, and location of birth. You can easily get this at AstroSeeker. Why? Because Saturn spends about 2.5 years in each zodiacal sign, which means an entire group of people is born when Saturn is in Pisces. The sign is meaningful, but astrologers also pay attention to:

Please note that the brief interpretations below are relevant but not the full story because they don't relate to an entire birth chart.

The sign and house placement of Neptune reveal where and how the person can be the most imaginative and inspire others. As an example, if Saturn was in the eleventh and Neptune is in Scorpio in the sixth, the individual's drive and passion for your work can inspire those they work with.

The aspects from the other planets reveal other hang-ups. As an example, suppose the individual with Saturn in the eleventh has a Virgo Moon in the fifth house opposite Saturn. This is a reliable indication that developing faith in others will require accepting that neither you are anyone else is perfect.

Saturn gifts Pisces with practical imagination and rational spirituality. Those with Saturn in Pisces are not "Woo-Woo" individuals who seem slippery, flaky, or "out there." These are people who want to create or do something meaningful that has purpose and value for others.