Saturn is a social planet, meaning it relates to what was going on in the whole of society when you were born, and how those events affected your personality. When Saturn transits Capricorn, life is seldom comfortable or easy. Therefore, if you were born with Saturn in Capricorn, you have been tasked with pushing through the hardships and difficulties of life.

Saturn rules Capricorn. A planet in the sign it rules has a significant influence in the horoscope because the sign exaggerates everything the planet represents.

Capricorn is the Cardinal Earth sign. It's associated with business, banking, the economy, resource management, etc. Capricorn's primary meaning is the impersonal determination to achieve.

You could say that when an individual has Saturn in Capricorn, it's like having a strict, stern father who never lets them rest or have fun. A father who is always telling them to grow up, work hard, follow the rules, and be responsible because life is hard, and there's no time for playing around when there's a job to do.

Do You Have Saturn in Capricorn?

It takes Saturn almost 30 years to circle the zodiac and spends about 2.5 years in each astrological sign. Everyone born during these 2.5 years has Saturn in the same sign. Saturn was in Capricorn:

Note: There are times when Saturn moves into a sign, then retrogrades back into the previous sign before it turns direct and moves back into the sign it was just in. If you want to know for sure that you have Saturn in Capricorn, you can have a birth chart calculated at the website AstroCharts.com.

Saturn in Capricorn and Your Birth Chart

If you were born when Saturn was in Capricorn, you might feel as if you carry the weight of the world is on your shoulders. Success, accomplishment, rules, regulations, and following the status quo are important to you. Be it a job, relationship or marriage, you're a nose to the grindstone, committed individual who gets things done and done right. You're also strong and a survivor who continues moving forward regardless of difficulties. 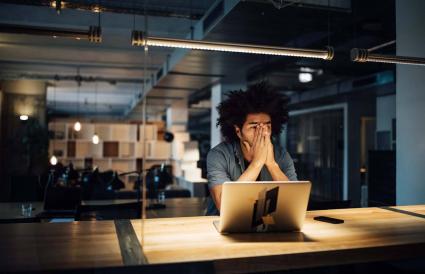 Negatively, individuals with Saturn in Capricorn could also be fearful, depressed, strict, rigid, authoritarian, overly conservative, and workaholic. At their worst, they can be unemotional, unempathetic, and unable to find joy in life.

Your Saturn in Capricorn

Many individuals are born when Saturn is in Capricorn, and all have begun life with an underlying feeling that they don't want to grow up. It's often after the first Saturn return, at about age 30, that they are mature enough to begin to appreciate Saturn in Capricorn's hard lessons.

It's important to know the area (astrological house) Saturn occupies in your birth chart as well as how the Sun, Moon, and personal planets mitigate or facilitate (aspect) Saturn. Finding Saturn's house will tell you where you feel limited and what you need to work on. The aspects will help you better understand the role Saturn plays in your entire life. Keep in mind that as hard as Saturn in Capricorn can make your life, you were born with the grit to succeed - but success will take time.

Each time Saturn transits Capricorn is a bit different, related to where the other planets are traveling in the sky. However, Saturn transiting Capricorn always seems to bring austerity, duress, isolation, inhibitions, and bleak landscapes to the people of the world. These hardships are imprinted on the unconscious of those born with Saturn in Capricorn. 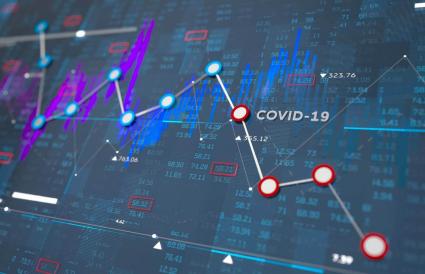 Saturn entered Capricorn on December 19, 2017. During 2017 there were record-setting stock gains. However, the new U.S. president made changes to how the government regulates business, trades with international partners, and taxes its citizens and companies. These changes threw the U.S. into uncharted economic (Capricorn) territory. Then in early January 2020, when Saturn conjoined Pluto in Capricorn (a conjunction astrologers had been predicting would bring historical change), the world changed dramatically as the coronavirus pandemic caused a worldwide lockdown (Saturn) that the International Monetary Fund blog said, "brought on the worst economic downturn since the Great Depression of the 1930s" (when Saturn was also in Capricorn).

The Antidote for Saturn in Capricorn

Those with Saturn in Capricorn are not strangers to roadblocks, austerity, or struggles and seldom allow themselves time for joy or laughter. The antidote for Saturn in Capricorn is for the individual to undermine any doubt, replace it with confidence, realize they are not responsible for everything, and add some frivolous fun, joy, and happiness to their life.