Saturn is like the parental authority in your birth chart. It sets limits and boundaries, asks you to embrace reality and make the best of it. If you have Saturn in Aries, you probably had to take on a lot of responsibility for yourself when very young. This was Saturn in Aries' way of forcing you to confront the necessity of self-reliance.

Saturn is about limitation, discipline, and responsibility. Aries is enterprising, active, and forceful. Aries has a tendency to leap before it looks, and Saturn says to consider the consequences. If you have Saturn in Aries, there's a conflict between your tendency to act first and initiate and your need to control yourself. As you grow older, this conflict can give you great staying power and keep you out of trouble. Why? Because with Saturn in Aries, your desire to take the initiative and do things quickly is balanced by the need to be prudent, prepared, and consider the consequences of your actions.

Those born when Saturn was in Aries have the potential to be:

Saturn is said to weak in Aries, which can make this position troublesome for an individual and bring out some negative traits.

On the other hand, they can overcompensate for their self-doubt, and become brash, display exaggerated self-confidence and be overly authoritative and defiant.

Those with Saturn in Aries need to choose battles they can win to build up their confidence. They'll make mistakes and have life experiences that teach them self-restraint. But eventually, they will know how to use the brash self-confidence of Aries and balance it with Saturn's more rational and thoughtful approach.

If those with Saturn in Aries can avoid feelings of insecurity and self-doubt and come to understand when it's best to hold back, they will be able to choose their battles and remain balanced and happy with the choices they make.

Saturn takes about 29.5 years to circle to the entire zodiac and spends about 2.5 years in each zodiacal sign. Saturn is retrograde for about four months each year. Due to its retrograde, Saturn often enters a new sign, then returns to the previous sign, turns direct again, and reenters the new sign for the second time. If you were born during the time frames below, you have Saturn in Aries. 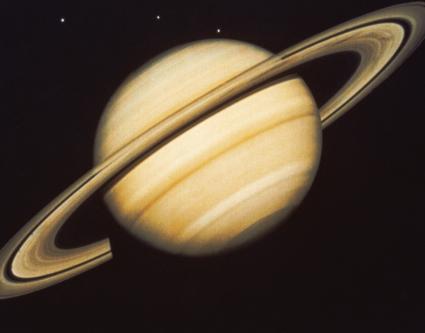 Finding Saturn in Your Birth Chart

If you don't have a birth chart calculated for the date, time, and location of birth, you can easily get one at AstroSeek.

Many individuals are born when Saturn is a sign. This makes it essential to know the house Saturn occupies and the aspects the Sun, Moon, and personal planets make to Saturn. You'll also need to pay attention to the house and sign of Mars, the ruler of Aries. It's important to note that the examples below are brief and only one possible interpretation. They don't take into account an entire birth chart.

The house in which Saturn in Aries resides is where you'll hold back due to a lack of initiative or self-confidence, but also where you can become a prudent leader. As an example, with Saturn in Aries in the tenth, your initially uncomfortable taking leadership roles and shy about taking risks in your career.

The aspects from the personal planets reveal more personal hang-ups. As an example, suppose you have a Capricorn Sun in the eighth house squaring Saturn in the tenth. With Sun square Saturn you could be a late bloomer, but this an indication that you could have a successful career handling the finances of other people (an eighth house matter).

The house and sign of Mars reveal where and how you can receive a boost to your self-confidence. As an example, if Saturn was in the tenth, and Mars is in Libra and the fourth house, success in your career could be a collaborative effort (Mars in Libra); in the fourth, this could be a husband and wife duo that works from home (fourth house).

With Saturn in Aries, you were born to be the master of your own destiny and are driven to produce, hustle, and draw on your inner strength. Cool composure during difficult times is Saturn in Aries' gift to you.