Pluto has an elliptical orbit and is a slow-moving planet. The amount of time it spends in each sign varies widely (from 12 to 30 years). As Pluto moves through each sign a new generation is born that has different priorities, values, and issues. The planet Pluto was in the sign of Sagittarius between 1995 and 2008. Those born during these years are what social scientists refer to as Generation Z.

The Pluto in Sagittarius Generation

Those of the Pluto in Sagittarius generation are absorbed in a search for truth and profoundly believe that dialogue can solve conflicts and improve the world. Intelligence and higher vision are inherent characteristics. This is a generation that has great enthusiasm for life, looks toward the future, and aims high. They are political activists, adventurers, and experimenters, who want to transform humanity, each in their own small or large way. Even now, Pluto in Sagittarius' youth-led movements have sprung up all around the globe. The world is just beginning to see the transformative power of the Pluto in Sagittarius generation.

As a group, they are: 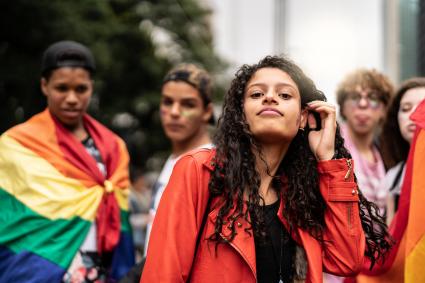 Pluto intensifies the attributes of Sagittarius to the extreme. This means it's easy members of this generation to be mouthy, opinionated, dogmatic and slip into feelings of superiority. It also indicates they won't think twice about speaking the brutal truth or about telling others how to live their lives.

Sagittarius Has a Higher Vision

Sagittarius calls this generation to a higher vision of truth, moral values, and understanding. It asks them to have faith and believe there is something better that's worth striving for. Pluto's intent is to guide them through the death (metaphorical) and re-birth process of transforming themselves as well as humanity. Pluto's message to this generation is to keep the faith, do the work, and trust the process.

Pluto in Sagittarius and Your Birth Chart

If you have Pluto in Sagittarius, its house placement is very important. As you read through these very brief interpretations, please be aware they are not comprehensive. They are taken out of the context of the entire birth chart. They are not personal and are only meant to start you thinking about and exploring what your Pluto on Sagittarius means for you. 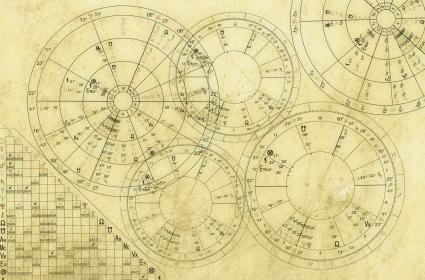 The astrological house your Pluto in Sagittarius occupies is the area of life where you'll need to hold on to your faith as you go through hell to find heaven. It's here where you'll come face to face with your subconscious fears in order to overcome and transform them. This is the house where Pluto will bring hard lessons into your life. However, over time, it also where you will be rewarded.

With Pluto in the first house, there can be fears being overpowered, rejected, or minimized, and therefore have become suspicious of others and secretive about yourself. These individuals have an incredibly strong will and a commanding presence that can be intimidating to others. Their main goal in life is to acquire personal power and understand the right use of their power. They have an intense need to expand beyond their current limitations.

Individuals with Pluto in the second house subconsciously doubt themselves, fear for their survival, and give money too much power over their lives. They can be adventurous when it comes to money and amass wealth, but bankruptcies and economic chaos are possible. The lesson they will learn is that their feelings of self-worth depend on more than a hefty bank account.

Individuals with Pluto in the third often subconsciously believe their thought and ideas are being blocked, and they are not being listened to. Yet they have a great need to speak, think, and learn about the religions, beliefs, and philosophies of other cultures. They often accumulate large amounts of information and data and can become a person who is a powerful and convincing orator, writer, and advocate.

Those with Pluto in the fourth can subconsciously fear losing their home or even their country. These individuals often become nomadic "strangers in a strange land" by moving from place to place, either by choice or necessity. Their lesson is to break away from family conditioning and find something more profound to base their life on than family ties.

Those with Pluto in the fifth can subconsciously fear to be a playful, creative child and suppress their creative urges. Their lesson is to release their playful and adventurous "inner child" and learn to have fun. Often this happens when they have children of their own or work with kids.

Those with Pluto in the sixth are fearful and distrustful of their everyday surroundings and can habitually focus on mundane chores, yet have a compelling need to expand their viewpoint of everyday life and be free of daily restrictions.

Those with Pluto in the seventh often fear to lose themselves in a relationship. Yet they can become enmeshed in relationships of all kinds that are dramatic, obsessional, compulsive, traumatic. Their lesson in life is to choose the right partners and develop healthy partnerships.

Those with Pluto in the eighth can fear all the emotionally intense aspects of life, become guarded and close themselves off for fear of being hurt. Yet they continually find themselves going to the emotional edges of life. Their lesson is to have faith, open up to searing and intense emotional experiences, and don't be so fearful of life and death matters.

Those with Pluto in the ninth can reject tradition, dogma, and even higher education. Yet have a compulsive desire to find meaning in the world and the laws that govern and regulate society. This can result in a compelling need to find the "truth" by traveling or study abroad.

Those with Pluto in the tenth probably felt that they were born to be famous, but feared the consequences of fame. These are individuals who can eventually use their career as a platform to broadcast their ethical, moral, political, philosophical, or religious stance.

Those with Pluto in the eleventh house fear to impose their ideas on others, but long to be a part of something greater than themselves. Their real power comes from joining groups, associations, or organizations, speaking out and transforming the role they play in their community.

Those will Pluto in the twelfth are in touch with all the suffering, sorrow, grief, and loneliness in the world. They can so quickly become lost in the sea of collective drama that their own pain and suffering has little meaning. Yet they have a wanderlust that will eventually lead them to empathetically touch the lives of others in a meaningful way.

Pluto in Sagittarius and Love

The Pluto in Sagittarius generation is still quite young. However, because Sagittarius is such a free-spirited placement for Pluto, it seems likely that their love relationships will be the same; quick, fun, and transitory. They're likely to put off lifelong commitments and play the field until they finish their education. Even then, the relationship will be more of an equal partnership where each encourages the other to follow their vision. Generally, traveling, exploring the world, and acquiring knowledge is much more important to the Pluto in Sagittarius generation than getting married, purchasing a home, and starting a family. 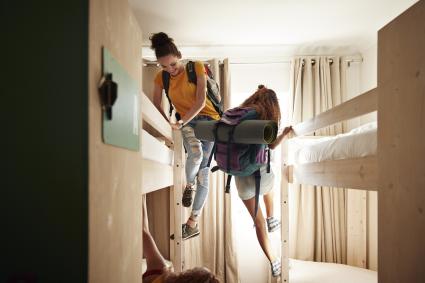 Pluto in Sagittarius women are likely to set a path towards hard work and earned success. But they're also aware that it's Ok to be a woman, capitalize on their feminine traits, and use their natural sensibility and diplomacy to make their way in the world.

Pluto in Sagittarius men are likely to play a more social game, get involved in heated discussions about the most controversial issues. This is a generation of men will fight to have their voices heard.

Reshaping and Expanding their View

The Pluto in Sagittarius generation will continually take in new experiences to expand and reshape their views. They will pit current beliefs about right and wrong against the endless diversity of the world around them and will use their vision of truth to guide them down a moral path. However, there are untold numbers of individuals who were born when Pluto was in Sagittarius, so it's important to remember that each also has the Sun, Moon, the ascendant, numerous planets, and other points, as well as all 12 signs in their horoscope. And all of these relate to how Pluto in Sagittarius will manifest in each individual's life.