What happens when Neptune, the transpersonal planet the blurs boundaries and distorts reality, is in Capricorn, the social sign that represents what's tangible, concrete, and well-defined in the world? When Neptune entered Capricorn, it signaled a time of the erosion of the integrity and boundaries between governments and businesses.

Neptune is a slow-moving planet that spends about 14 years in each zodiacal sign. Capricorn is the sign of government and business bureaucracy. Neptune entered Capricorn in 1984 and remained there until late 1998. Interestingly, 1984 is also the title of George Orwell's classic novel that exposes the tactics used by authoritarian governments (Capricorn) to deceive (Neptune) and control (Capricorn) citizens.

Neptune was in Capricorn:

Neptune's entry into Capricorn was predictive of historical trends and undercurrents. You could say that when Neptune entered Capricorn, this was the beginning of a thought process that would be imprinted on the unconscious of those born during these years. Below are a few historical events that have defined the thinking of the Neptune in Capricorn generation.

The events above and more like them have influenced the personalities of those born when Neptune was in Capricorn. It bequeathed those born during these years with very imaginative ideas related to the restructuring of workplaces, businesses, governments, and institutions as well as about the handling of money, both individually and globally. What's listed below are general traits, they can and will manifest in different ways. Generally, those born when Neptune was in Capricorn: 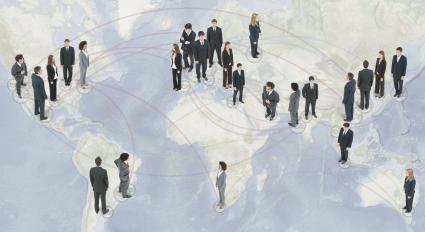 At their worst, they can glamorize the status quo, escape responsibilities, feel victimized by the world they were born into, and not want to grow up. They can lack focus and be prone to depression. They can also be overly status-conscious, self-indulgent, and self-destructive.

At their best, they are pragmatic idealists who envision a united and transparent world and take concrete steps to make that happen. They tend to be capable, responsible, productive, and creative individuals with a great deal of integrity. They are also serious individuals who take their time and are willing to work hard and wait to get what they want. Their highest potential is to become the movers and shakers who create a new world order, one that embraces the unity of humankind.

Making the Most of Neptune in Capricorn

The key phrase for this generation could be "To be or not to be" from Shakespeare's Hamlet. Those with Neptune in Capricorn must strive to maintain their focus, composure, and integrity and not give in to fear, victimization, despair, or anger. These individuals can make the most of their Neptune by choosing "to be" and finding something or someone to believe in and work towards.

Neptune in Capricorn in Your Birth Chart

You'll need a birth chart calculated for the date, time, and location of birth, to find out about your Neptune in Capricorn. You can get one quickly at AstroSeek.

Find the astrological house your Neptune in Capricorn occupies. This is the area of life that's in some way confusing to you and likely to slip into disarray if you hold on too tightly to old habits, structures, and ways of doing things. However, it's also where you can imagine new and creative ways to manage your life. Saturn is the ruler of Neptune in Capricorn, making it also important to consider the sign and house of your Saturn, as well as all the aspects your Sun, Moon and the personal planets make to both Neptune and Saturn. All of these things define what Neptune in Capricorn means in the life of each individual of the generation.

Those born from the early 1980s through the mid-1990s are considered the Millennials. This coincides with the years Neptune (about 1984 to 1998) and Uranus (about 1988 - 1995) were last in Capricorn, as well as when Pluto was in Scorpio (about 1983 to 1995). Millennials are a complicated generation that often gets a bad rap. But if you pay attention you'll discover they are already at work, creatively transforming workplaces, corporations, and governments. As they continue to take more and more leadership roles, they're likely to completely transform business or government.