Mars, the planet of physicality, action, drive, and sex, is the traditional ruler of Scorpio. Scorpio is the sign of emotional power, passion, and depth. Mars is comfortable in Scorpio, and Scorpio amps up and adds intensity to everything Mars represents. If you have Mars in Scorpio, your emotions have a stronger grip on everything you do.

Those with Mars in Scorpio have all the strengths and weaknesses of Scorpio and put them into action. They are fearless but not directly confrontational. They operate covertly and prefer to stay unnoticed. They also have a gift for reading the essence of a situation and for spotting weaknesses in others. Their approach to life's circumstances is tactical. They put out feelers, carefully choose their battles, and then plan, plot, and subtly manipulate situations to their advantage.

Perhaps the most positive traits of those with Mars in Scorpio are their courage, discipline, willpower, and their ability to persevere and work through difficult challenges. They are also individuals who are:

Of course, when taken to the dark side, Mars in Scorpio can lead to toxic behaviors.

When Mars in Scorpio goes to the dark side, the individual becomes hyper-vigilant. They can often be quite intimidating and make people feel they need to keep their guard up when they're around.

Curbing the Dark Side

Those with Mars in Scorpio should monitor their behavior and channel their powerful store of energy towards healthy and productive actions. They must control their instincts instead of being controlled by them. If they don't, they can become abusive, resentful, destructive, and bitter.

If your Mars is in Scorpio, you'll be a nicer person when you've physically exhausted yourself. So, whether it's pulling weeds, sex, exercising, boxing, bodybuilding, or any other activity that's physically draining, getting physical should be a daily practice. 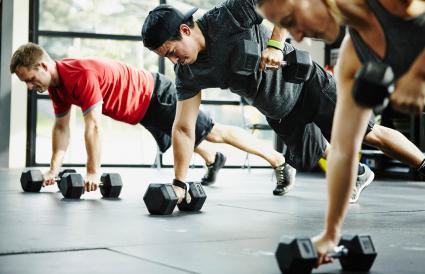 Immerse Yourself in Something

Be it your career or avocation, find something you're passionate about and immerse yourself in it. This could be something as simple as target practice, paintball, video games, or knife-throwing, but whatever it is, it must require intense focus.

The Sexual Nature of Mars in Scorpio

Scorpio is the fixed water sign, and Mars represents your sexual nature. Those with Mars in Scorpio are extraordinarily passionate, and their sexual contacts are intensely emotional. They have such intense feelings invested in sex that they are seldom promiscuous. Even when they're sexually attracted to someone, they hold back and vet their potential lover. For a Mars in Scorpio individual, sex is a life and death, all or nothing, emotional experience.

As you can imagine, a sexual relationship with an individual who has Mars in Scorpio is not for the faint of heart.

Once a relationship is established, a person with Mars in Scorpio is not afraid to commit. They will give and demand absolute loyalty and will stand by their partner through thick and thin. However, they will also be controlling, possessive, and are particularly vulnerable to sexual jealousy. There's nothing tepid about this Mars placement. They want to own their partner, and someone who does not want to be controlled and possessed might find it all a bit too much.

An individual with Mars in Scorpio never doubts that they're attracted to someone. Still, they are careful, observant, and stand back. They want to make sure the person is going to meet their needs before approaching them. However, once they do, they will be direct in their approach. They'll create a one-on-one interaction filled with prolonged eye contact and talk about intimate things. Mars in Scorpio individuals spend a great deal of time vetting potential partners. If the individual doesn't pass the test, a first date is not likely to happen, even if the chemistry is off the charts.

Understanding Your Mars in Scorpio

What's written above is generic and does not take into account an entire natal chart reading. There are many planets in other signs in a birth chart that can mitigate or exaggerate Mars in Scorpio. This means if you really want to understand your Mars in Scorpio, you should do so within the context of your entire birth chart.