Mars represents your ability to get up and get going, how you act to make things happen, and how you go about getting what you want. It also about passion, desire, and the drive for sex. Mars is also your anger, aggression, impulsive behavior, and combativeness. An individual with Mars in Capricorn is not super-flashy or fast, but they are super-ambitious.

Those with the planet Mars in Capricorn are somewhat stoic individuals who have an air of authority, great endurance, and the power to withstand and overcome difficulties. When the going gets tough, these resourceful individuals endure and find the strength to push forward.

Individuals with Mars in Capricorn:

Those with Mars in Capricorn are self-motivated, high achievers. They have a quiet self-confidence, are determined, hardworking, cool-headed, and intelligent long-term strategists who have amazing self-control.

Negativity those with Mars in Capricorn can take all the above too far and become overly ambitious workaholics, who are calculating, ruthless, controlling, and insensitive to others. These individuals may stop at nothing to succeed at getting what they want. Developing compassion for both themselves and others can create a balance against the possible excesses of Mars in Capricorn.

With Mars in Capricorn, an individual can hold back their anger and are never too bothered about losing a minor argument. However, when angered, their stern and authoritative demeanor, along with their stoic tone and intimidating stare, can be more intense than any quick outburst of temper. 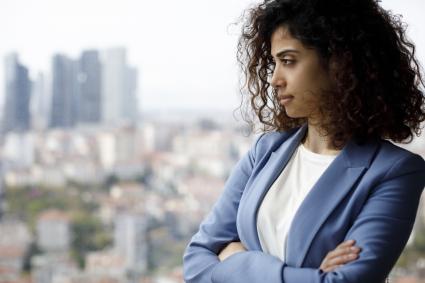 Those with Mars in Capricorn aren't the flowery romantic type, and despite their confidence when it comes to worldly success, they're often insecure when it comes to love and sex. However, when they are in love, they are committed. So, there's no need to worry about them changing their mind. Just like with everything else in their lives, they have a strong sense of responsibility for the person they love.

When initiating a sexual relationship, those with Mars in Capricorn will take considerable care not to make inappropriate moves. They are not into casual dating and can go through long periods of celibacy when they bury themselves in their work. Yet, they do have a healthy sex drive and an equally strong need for physical contact. When sexually involved, they are ardent lovers, who aren't so much interested in variety as they are with consistency and commitment.

Mars in Capricorn is ambitious and is likely to choose a sexual partner and fall in love with a person who'll help them move forward in life, enhance their status, or has money. On the other hand, they may blur the line between work and sex and be attracted to a person they work with.

Those with Mars in Capricorn are sexually compatible with an individual whose Sun or Mars is in Capricorn, Taurus, Virgo, and Cancer.

Both genders with Mars in Capricorn tend to be career climbers.

Men With Mars in Capricorn

Women With Mars in Capricorn

If a woman with Mars in Capricorn doesn't focus on her professional ambitions, she's likely to project her Mars onto men. This can mean she'll be overly attracted to accomplished men, who are older, successful, and have a great deal of money. On the other hand, Katy Perry, a Scorpio, and Lady Gaga, an Aries, are prime examples of women who not only own but embrace their Mars in Capricorn.

Astrologers consider Mars is exalted in Capricorn. This means the will-power, strength, courage, and perseverance of Mars are most welcome in the disciplined, hardworking, and achievement-oriented sign of Capricorn. Mars in Capricorn amplifies the natural traits of both.