The Midheaven (MC) is one of four important angles of a natal chart. It represents how you can best make your mark in the world. Libra, the Cardinal Air sign, is about interacting with others and creating harmonious relationships. A person with a Libra MC can become successful or do something very important or meaningful by collaborating and communicating with others.

Midheaven in Libra and Public Persona

If you have Libra on your MC, regardless of your Sun sign, your public persona takes on the qualities of Libra. In work or social situations, you're a peace-loving individual who is a charming, diplomatic, clever, intelligent, kind, and easy-going individual.

Those with a Libra MC can be a bridge between people, cultures, and modes of thought. Their path in life is to create a more peaceful, equitable, and beautiful environment. They are listeners who allow everyone to have their say and can be the conciliatory voice of reason in contentious situations. The best traits of an individual with a Libra MC are collaboration, communication, and esthetic sensibilities, as well as their ability to compromise and make deals.

A Libra MC can be beneficial in a variety of professions. However, they are often drawn to careers in counseling, diplomacy, law, and law enforcement, but also to positions in customer service or human resources. Due to a Libra MC's passion for social justice, they might be called to work in professions that give aid to those in need. On the other hand, their love of aesthetically pleasing composition can call them to more artistic careers such as decorating, designing, the beauty industry, or music. 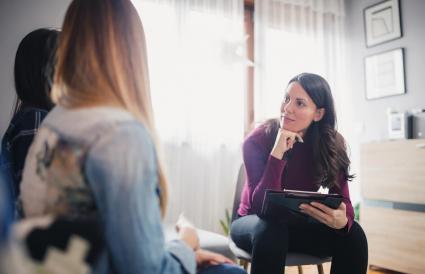 Not all individuals with a Libra MC express the best qualities of Libra in social or work environments. Some are fearful of disapproval, which means they can become people pleasers and say what others want to hear. They can also be indecisive, unreliable, and even naïve.

The symbolism of a Libra MC can manifest in many ways, related to the sign and house placement of Venus, the ruler of Libra. Venus is the planet that represents love, compromising, money, and deal-making. Reading and understanding the Venus placements within the context of career and social standing, rather than love, can give you an elementary understanding of how a Libra MC will manifest in an individual's life. Of course, the entire natal chart must be taken into account for an accurate interpretation, but understanding Venus is a start. 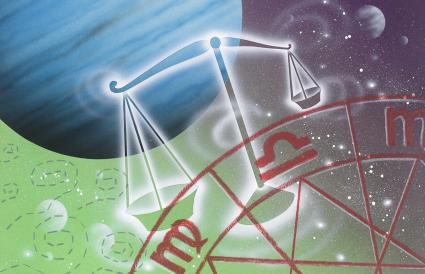 Famous Individuals With a Libra Midheaven

A good way to begin understanding the various ways a Libra MC can manifest in an individual's life is to study the birth charts and lives of famous individuals.

Diana, Princess of Wales, has Libra MC with Venus in Taurus. Diana was commitment-oriented and had an unwavering desire to love and be loved (Venus in Taurus.) Diana loved and was loved by the people of England and was committed to making their lives better. During her many conversations with them, she listened, and they saw her as relatable (Libra MC.) Diana will always be known worldwide as the "People's Princess."

Mars is Conjunct Kylie Jenner's Libra MC. She has Venus in Virgo in the eighth house. Kylie is a practical and grounded, detail-oriented perfectionist. With Mars in Libra conjunct her Libra MC, Kylie's drive (Mars) toward to beauty (Libra) is merged with her public image and she achieved personal fame as a young powerhouse in the fashion, beauty and make-up industry (Libra MC.)

Mother Teresa was a Roman Catholic nun and missionary who gained recognition and fame due to her humanitarian work with the poor. She has a Libra MC with Venus in Leo. Mother Teresa was warm, generous, and put her heart and soul, as well as the power of love (Venus Leo) into creating a more equitable world (Libra MC).

Warren Buffett, one of the wealthiest and most respected men in the world, has a Libra MC with Venus in Libra conjunct the MC. Buffett has a regular "nice guy" public persona (Libra MC) and gained his wealth by actively forming partnerships (Venus in Libra.) It's been written by his biographer that he also treats his investors as partners (Venus in Libra Conjunct the MC.)

Angela Merkel is a research scientist, who has been the Chancellor of Germany since 2005. Merkel has Neptune conjunct, her Libra MC and Venus in Virgo. With Neptune in Libra, she was born into the "make peace, not war generation" and because it's conjunct her MC, this is an integral part of her public persona. With her Venus in Virgo, she's a modest woman and a pragmatic realist who can accurately analyze situations and put puzzles together. It's said of Merkle that she has a way of bringing "divergent interests (Venus in Virgo) together in compromise" (Libra MC).

As you can see from the very brief and partial Libra MC interpretations of the famous individuals above, the Midheaven is not necessarily your career. Instead, it's more about how you can be the most successful, both socially and in your chosen profession.