The Midheaven (MC) is one of the four critical personal angles of a birth chart. It represents your highest aspirations, public image, career, or avocation, but not necessarily what you do for a living. It's the role you play in social and work situations. Those with a Sagittarius MC play the role of the wondering and wandering inspirer.

The MC is how you will appear to people who have never met you in person. This can be how the folks you walk by on the street, and your social media connections see you. It is also the reputation you gain through your career. The MC is located at the top of a birth chart and is usually on the cusp of the 10th house. To find the astrological sign on your Midheaven, you'll need a birth chart calculated using your complete birth data. You can have a free birth chart calculated at AstroSeek.

Midheaven in Sagittarius and Personality

If you have the sign Sagittarius on the MC, your public image takes on the qualities of the Mutable Fire sign, Sagittarius. From afar, regardless of your Sun sign, you're seen as a happy-go-lucky, friendly, open-minded, philosophical, curious, energetic, honest, sincere, and generous person full of joie de vivre.

Those with a Sagittarius MC aspire to find out all they can about the world and have a good time while doing it. Whatever career they become involved in, they are seen as personable, self-confident, charming, persuasive, relatable, big thinkers, and truth-tellers. They enjoy socializing with people from all walks of life, as well as researching and connecting the dots in ideas and theories.

Those with a Sagittarius MC are happiest in a profession that offers independence and the opportunity to broaden their horizons. They are ideally suited for a vocation or avocation that inspires and stretches the mind of the public. They can be found in such diverse professions as sales, flight attendants, touring musicians, photographers, travel consultants, comedians, writers, publishers, lawyers, politicians, preachers, university professors, or spiritual advisers. 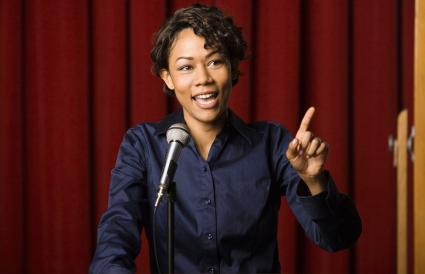 Of course, as inspiring as an individual with a Sagittarian MC can be, there are potential problems. Authority figures rub them the wrong way. They can be too opinionated, blunt, or brash. They also have issues censoring themselves and can appear explosive, out of control, and a bit wild in the eyes of the public.

The benefic planet Jupiter is the ruling planet a Sagittarius MC. Reviewing the house, sign, and aspects, of Jupiter can tell more about how an individual with a Sagittarius MC can gain public recognition. Planets in the 10th house will also add information. The most important thing to keep in mind about the MC is that it's not the same as having your Sun in Sagittarius; it's about one area of life, your public persona.

Famous People With a Sagittarius Midheaven

One of the best ways to understand the many manifestations of having a Sagittarius MC is to look at the charts and lives of people in the public eye.

Abraham Lincoln, an Aquarian with a Sagittarius MC, has Jupiter in Pisces in the first house. He was a lawyer and politician who is best known for leading and inspiring the U.S. during the American Civil War and pushing for the freedom of all slaves throughout the nation.

Janice Joplin, a Capricorn with a Sagittarius MC and Jupiter in Cancer and in the fifth house, was one of the most successful rock stars of her era. Belying her stoic Capricorn Sun, the public knew Joplin for her energetic stage presence, and her explosive out-of-control lifestyle.

William Butler Yates, a Gemini with a Sagittarius MC and Jupiter in Sagittarius, was a writer, poet, and storyteller, whose interest in the occult, mysticism, spiritualism and Irish folktales fueled much of his literary works.

J. K. Rowling, a Leo with a Sagittarius MC and Jupiter in Gemini in the fourth house, is best known as the author of the amazingly inspiring Harry Potter series. When these books about wizardry and magic exploded upon the scene, they inspired a whole generation of children.

Ellen DeGeneres is an Aquarian, with a Sagittarius MC and Jupiter in Scorpio in the eighth house. She's a stand-up comedian who went on the have her own sitcom and now has her own talk show. She has crafted a public persona that is fun, friendly, generous, open-minded, and inspiring.

Michael Jackson, a Virgo with a Sagittarius MC and Jupiter in Libra in the eighth house, was known as the "King of Pop." His public persona inspired fashion and an era of multiculturalism and integration in the music industry.

If you have Sagittarius Midheaven in one way or another, your role in society is to be inspiring and bring knowledge, fun, hope, or faith to the public.