People born with a Grand Trine in their birth chart have received a gift from the Universe and are considered to be lucky individuals. However, the gift has to be unwrapped and used in their life to be fully enjoyed.

What Is a Grand Trine?

In astrology planets that are 120° (one-third of a circle) apart are in a trine aspect. Planets that are trine support, harmonize and have a smooth relationship with one another. A Grand Trine involves three planets or angles in a birth chart. They are trine one another in the same element (water, air, earth or fire) but different astrological signs. These three planets or angles stimulate one another to increase activity.

An orb is how much an aspect deviates from exactness. If the orb is tight (almost in exact aspect), the connection is more powerful. If the planets or chart angles are linked by a wide orb, their influence is less strong. As an example, if Venus is at 10° Aries and Mars is at 10° of Leo, they are in an exact trine, but if Mars is at 14° Leo, there's a 4° orb. Most astrologers allow an orb of 6°- 8° on either side of exact when interpreting a trine.

What a Grand Trine Means

A Grand Trine is an innate talent gifted by the Universe that needs to be developed and used. The easy interaction of the three planets involved promotes high idealism, insight, and vision, as well as creative self-expression. Grand trine people are confident, self-assured, have optimistic expectations and a general sense of protection due to their inner faith and hope. For some people, a Grand Trine is a benevolent and "lucky" influence, but for others, there are potential drawbacks. 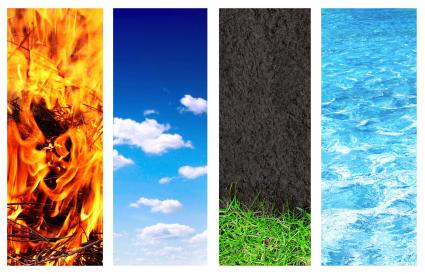 Drawbacks of a Grand Trine

Grand Trines don't necessarily spell out instant fame and success or even great talent. They show three or more planets who are passing energy around to each other in an endless unquestioning way. The triple trine configuration can work as a closed-circuit triangle in which the energy goes around and around without interruption. A Grand Trine can get trance-like, comforting, and euphorically lazy unless there's an outlet for its creative potential.

Finding an Outlet in a Birth Chart

Individuals with a Grand Fire Trine are vital, self-expressive, and spontaneous. Their vision is amplified, as well as their sense of personal significance. They can wholeheartedly engage in exciting and somewhat daring activities with little fear, insecurity, or frustration. They're independent and express themselves without interference from others. 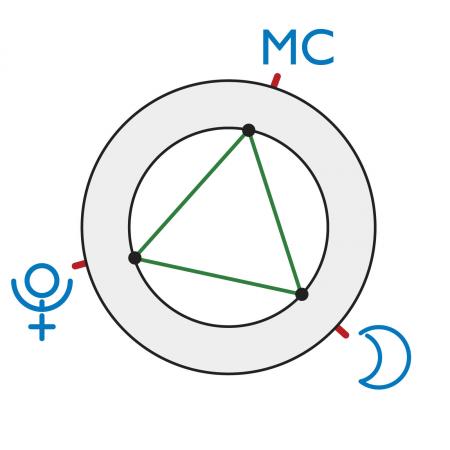 In Steven King's chart, the energy of the Fire Grand Trine is focused on the MC (career/public image). His MC is opposite Mercury (writing). This opposition is the backbone of King's fiery Grand trine. It was King's memories of his "odd, herky-jerky childhood" that inspired his stories (Mercury conjunct IC). Writing is the outlet for his dark and fearful (Pluto/Saturn) but adventurous emotions (Sagittarius Moon). It was the fiery energy of his grand trine that led him to become the world's most famous and prolific psycho/horror novelist.

People with a Grand Earth Trine have a deep sense of inner security and stability in the physical world. They want to prosper in the material world, possess tremendous organizational abilities, and an uncommon amount of common sense. They're creatively resourceful with remarkable endurance, seldom go off course, and their capacity to attract, accumulate, and skillfully manage resources is usually powerfully developed. 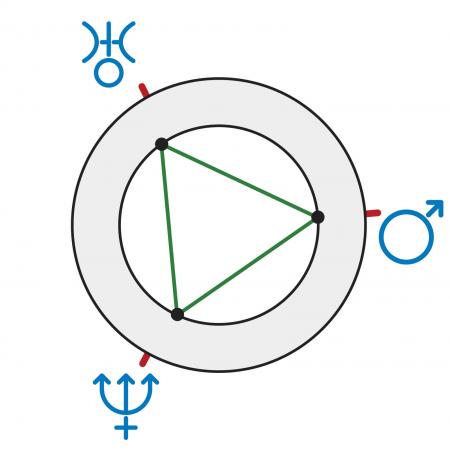 Lily Tomlin's Grand Earth Trine is made even more dynamic and motivating because it has two oppositions (release points): her ASC (appearance) and MC (Career/public image). Lily's extra sensitivity to her environment (Neptune), as well as her eccentric and unique (Uranus) appearance (ASC), impressed others and her ability to morph (Neptune) so easily into a bevy of unconventional characters (Uranus) lead to a long and enduring (Earth) film career (Pisces MC)

A Grand Air trine bestows idealistic insight and social curiosity. The individual can have a broad perspective on life. They tend to be highly idealistic and have an affinity for socializing and mentally challenging others. Due to their easy-going nature and their ability to be all things to all people, they usually have a wide variety of friends. Creative thought is their greatest asset. 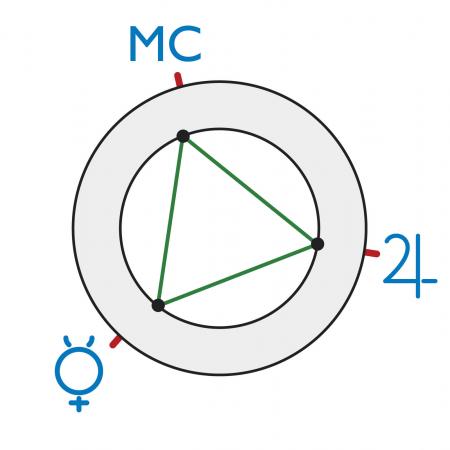 Oprah's Grand Air Trine has Jupiter (luck) in Gemini (the sign of communication). Jupiter trines Mercury (the planet of communication) in Aquarius and the third leg of her Grand Trine is a Libra (conversing with others) MC (career/public image.) Mercury is opposite transformative Pluto which makes Pluto the outlet for her Grand Trine. It was through the power (Pluto) of storytelling (Mercury/Jupiter) and television, Oprah brought to life many lessons taught by positive psychologists around the world.

Those with a Grand Water Trine seek tranquility and sensual satisfaction. They have above-average powers of intuition and possess in-depth creative potential. This Grand Trine denotes a gentle dreamer who's so sensitive that they tend to withdraw from the world into a self-made world of fantasy, illusion, and imagination. This is the most problematic Grand Trine if the individual has no creative outlet. 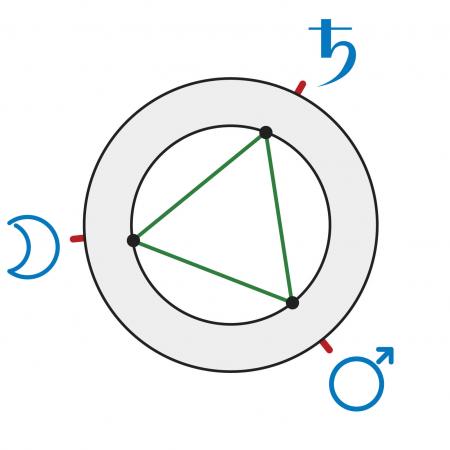 Eric Clapton's Grand Water Trine reveals an emotionally intense man (Scorpio Moon), who's shy, withdrawn, and even timid (Mars in Pisces), but has a strong need to accomplish (Saturn in Cancer). His Scorpio Moon is opposite Venus in Taurus. Venus is conjunct Mercury. This conjunction is the release point for Clapton's Grand Water Trine. Clapton's inner passion and intensity (Scorpio Moon), his introverted nature (Mars in Pisces) and his need to accomplish (Saturn in Cancer) is released and given a voice (Mercury in Aries) in music (Venus in Taurus). Eric Clapton, who makes his guitar sing, is the probably most influential guitarists of all time.

Use It or Lose It

As exciting as it might be to realize you have a lucky and benefic Grand Trine in your horoscope, keep in mind that it must be consciously applied to "your" life's circumstances. Without awareness of its potential, you can get drawn into its energy and find yourself in behavior patterns that are not easy to change.

Comments
© 2006-2021 LoveToKnow, Corp., except where otherwise noted. All Rights Reserved.
The Grand Trine in Natal Charts