The planet of love, Venus, speaks of how you relate to others, what gives you pleasure and your personal values. Aquarius is the impersonal, future-oriented, Fixed Air sign that's about fairness, altruism, and improving the welfare and happiness of all people. Venus in Aquarius, above all, values the intellect and is concerned with creating a better world.

The Venus in Aquarius Personality

Regardless of the Sun sign, Rising sign, and other planetary placements, Venus in Aquarius adds an impersonal, universal, and unconventional touch to the way they relate to others. They can often seem a bit eccentric, aloof, and emotionally detached, but who's to say those are negative traits. Many times, associates, good friends, and lovers need and appreciate having a cool headed, unemotional, and objective assessment of a situation or problem. The best thing an individual with Venus in Aquarius can do is to accept that their love style and their likes and dislikes are not traditional and be the best Venus in Aquarius they can be.

Venus is the planet of love. So, what sort of love nature does Venus have when in Aquarius? In a word, unconventional.

Those with Venus in Aquarius make unusual choices when it comes to intimate partners. They're prone to becoming involved in relationships that push the norm. These might be relationships where there's a significant age difference, a race difference, a class difference, or perhaps a same-sex or a long-distance thing, etc. 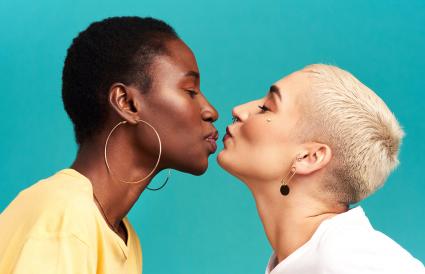 With Venus in Aquarius, an individual wants to your friend first and your lover second. They will also remain your friend long after an intimate relationship ends. They often believe marriage will be the end of a great friendship and resist emotional involvement. This means they often have casual friends with benefits relationships.

Individuals with Venus in Aquarius are friendly and often have casual friends from all walks of life. However, they do have an unmistakable aloof, impersonal, and noncommittal vibe in their manner of relating to others. They are stubborn, "you do your thing, and I'll do mine" individuals who cling tightly to living life their way. They seldom compromise, believing that doing so would mean the loss of their unique individuality. You can, however, expect complete loyalty when a person with Venus in Aquarius does commit.

How Does Venus in Aquarius Attract Love?

Like them or don't, Venus in Aquarius individuals attract love by being their quirky and unique self. They want to be loved for their intellect and for who they are. So, they don't try to draw a lover by being sensual or seductive; they flirt by sharing their unusual ideas and opinions. Their goal is to attract a lover who is fascinated by their Aquarian penchant for dancing to the beat of their own thoughts and can be an intellectually stimulating dance partner.

More About Venus in Aquarius

Of course, Venus is about more than love, it's also what you value, the pleasure you take in life, and money. Venus in Aquarius values futuristic thinking and takes pleasure in science, technology, invention, humanitarian causes, social activism, group activity, and promoting progressive values. On the other hand, some with Venus in Aquarius simply value and take pleasure in being the oddball. But regardless of how their Venus is expressed, they are all originals who can gain financially by involving themselves in Aquarian activities. 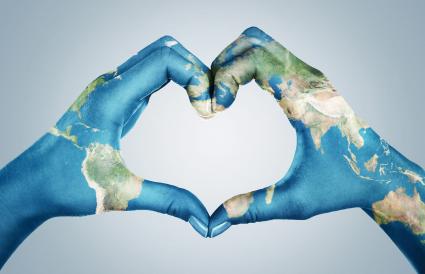 Venus and Your Birth Chart

If you'd like to know if your Venus is in Aquarius, you can easily get a birth chart at the Astro-Charts website.

Celebrities With Venus in Aquarius

Oprah Winfrey has Sun/Venus in Aquarius. Oprah and her partner of over 30 years, live separate and independent lives, and have never married. She has also used her very lucrative career as a platform for helping the people of the world.

Ellen DeGeneres is another celebrity with the Sun and Venus in Aquarius. Ellen's popular weekly TV show was the first prime-time sitcom to feature a gay leading character. Not long after Ellen herself appeared on the cover of Time magazine with the headline "Yep, I'm Gay." In 2016, US President Obama awarded Ellen the Presidential Medal of Freedom. The White House wrote: "In her work and in her life, she has been a passionate advocate for equality and fairness."

Mohammad Ali has Venus in Aquarius. Ali was not only an Olympic and World Champion boxer; he was on the cutting edge of the civil rights movement and became known for his social message of black pride and black resistance to white domination. By 1996 Ali, one of the most beloved athletes in the world, was honored by being chosen to light the flame at the start of the XXVI Olympiad in Atlanta, Georgia.

Ashton Kutcher also has the Sun and Venus in Aquarius. Kutcher, who gained fame portraying oddball characters, married Demi Moore, a woman 16 years his senior. He was the male lead in a film called No Strings Attached, which saw him navigating through a "friends with benefits" relationship. This echoes his current marriage that went from longtime friends to a casual fling and eventually to a full-on marriage with two kids. Kutcher has gone on to become a philanthropist and successful venture capitalist in tech space.

Aquarius is ruled by Uranus, the planet with a skewed orientation. Individuals with Venus in Aquarius are often nonconformists who rebel against the norms of the status quo and have some unique ideas, morals, and standards of right and wrong that they're passionate about. However, exactly how much Venus in Aquarius effects an individual's personality depends on the person's entire birth chart.

0
Comments
© 2006-2021 LoveToKnow, Corp., except where otherwise noted. All Rights Reserved.
Exploring What Venus in Aquarius Means