Ceres was the first and largest asteroid to be officially sighted orbiting between Mars and Jupiter. Although Ceres is still considered an asteroid by astrologers, astronomers have elevated her status to "Dwarf Planet." Ceres is one of astrology's four asteroid goddesses that have extended women's issues into the social world and beyond.

Ceres is the archetypal Earth Mother. Her primary myth explains the cycle of seasons and is the universal story of lost innocence. It is not a pleasant story. Jupiter/Zeus sexually desired and harassed his sister, Ceres/Demeter. Although Ceres consistently rejected his lustful advances, Jupiter was not dissuaded and slyly had his way with her by transforming himself into a bull and raping her. The offspring of this violent act was Ceres' daughter Kore/Persephone. When Persephone was a beautiful, young maiden, she was abducted, carried to the underworld and raped by her uncle, Pluto/Hades.

In her sadness, grief, and anger over the loss of her daughter Ceres, the goddess of grain and agriculture, withdrew her blessings from the world causing plants to die and people to go hungry. However, eventually, a compromise was reached and a custody deal was made. Persephone was allowed to spend six months each year above ground with her mother, Ceres. However, the rest of the year she spent in the underworld with Pluto. When the flowers begin blooming in the Spring, they announce Persephone's return to her mother. When the leaves drop from the trees in the fall, the trees are crying because Persephone must return to the underworld.

Ceres was the Roman goddess of agriculture, grain, vegetation, and fertility in general. She was also the goddess of motherly love and sacrifice. Ceres was a kind and benevolent goddess who was considered the nurturer and protector of humanity.

In astrology, Ceres represents the natural world, the rhythms of the seasons, womanhood and fertility, parenting and reproduction, fostering and adopting. Her themes are unconditional love, relationships between parents and children, and all the issues of devotion, attachment, separation, sacrifice, loss, and grief. She's also associated with issues of self-worth, absence of a father, incest, rape, custody issues, loss, and reclamation. She governs food, money, physical touch, withdrawal of support, and work stoppages. As astrology's Earth Mother, Ceres is about your relationship with the physical world.

Ceres glyph is a sickle and the cross of matter; the sickle represents Ceres' connection with agriculture and her role as the nourisher of mankind. The cross represents physical reality, and the four elements of matter: air, fire, earth, and water. 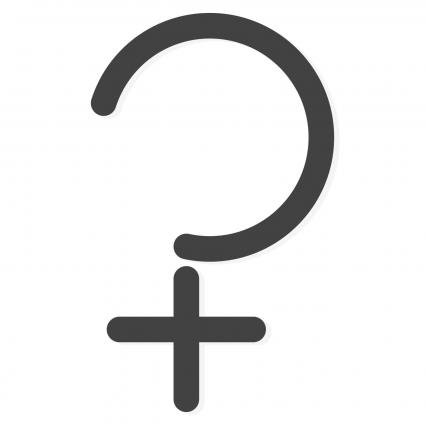 Finding Ceres in Your Birth chart

Not all sites that provide free birth charts include the goddess asteroids. However, you can calculate a chart on Astro.com that will allow you to add additional objects.

Ceres takes about four years to make her way around the Zodiac and spends about four months in each astrological sign. In a natal chart reading, the sign of Ceres shows how the person can best help themselves or others survive, grow, develop, or succeed.

Ceres in Aries is nurtured by physical activity. Their emphasis on self-actualization and independence.

Ceres in Taurus is nurtured by holding, touching, and providing bodily comfort. Their emphasis on home and environments of physical abundance.

Ceres in Gemini grows through friendly communication with others they meet each day. Their emphasis on education.

Ceres in Cancer is nurtured by mothering and being mothered. Their emphasis on protecting and taking care of the family.

Ceres in Leo grows and succeeds by fostering creativity and self-expression. Their emphasis is on the need for recognition, appreciation, and love.

Ceres in Virgo grows and succeeds by fostering competence, self-discipline, and discrimination. Their emphasis on the achievement of excellence.

Ceres in Libra is nurtured by all things beautiful. Their emphasis is on good manners, cooperation, and social graces.

Ceres in Scorpio grows and succeeds through deep intimate bonding with others. Their emphasis on self-empowerment.

Ceres in Sagittarius grows and succeeds by having the freedom to expand and explore. Their emphasis on the philosophies, religions, laws and cultures of other people.

Ceres in Capricorn grows through accomplishment and success. Their emphasis on responsibility, discipline, and perseverance.

Ceres in Aquarius grows and succeed by nurturing their uniqueness and individuality. Their emphasis on self-determination and originality.

Ceres in Pisces grows and succeeds by having compassion, faith, and trust. Their emphasis on service to and unconditional love of others.

Ceres Through the Houses

The house Ceres occupies in your chart is where you may have empowered nurturing and protective qualities. It's also where you have a calling to create a sustainable future.

With Ceres in the first house, you identify as a nurturer, and it's natural for you to nurture yourself. Your calling might be in protecting the rights of others.

With Ceres in the second house, you are an archetypal bread-winner and a great provider of life's basic material needs; food, shelter, and money. You could have a calling to provide these things for the homeless.

With Ceres in the third house nurturing the mind and creating a support network of friends is where you excel. You could have a calling to be involved in neighborhood gardening or volunteering in a neighborhood childcare home for single working mothers.

With Ceres in the fourth house, you are the archetypal parent and excel at giving motherly care. You could have a calling to foster or adopt a motherless child.

With Ceres in the fifth house, you are the archetypical child who is nurtured by fun, sports, and children. You encourage kids to shine and could have a calling to coach children's sports teams.

With Ceres in the sixth house, you are concerned with dietary needs, cleanliness, a healthy lifestyle, and small animals. You could have a calling to work or volunteer in a health care facility or at a humane animal shelter.

With Ceres in the seventh house, you are concerned with healthy committed relationships. You could have a calling for marriage and couple counseling or for becoming a marriage officiate.

With Ceres in the eighth house, you are concerned with life, death, and rehabilitation. You could have a calling to be a grief counselor or to work or volunteer at a hospice, providing comfort and care to those who are dying.

With Ceres in the ninth house, your concern would be for the people of the world to understand and accept one another. You could have a calling to travel, teach, and interact with children from other cultures.

With Ceres in the tenth house, your public image is Ceres. You likely are called to a career that provides for children's needs, deals with worldwide hunger, or economic sustainability.

With Ceres in the eleventh house, your concern is humanity. You may have a calling to found or become involved in a humanitarian group that gives aid and support to the children of the world.

With Ceres in the twelfth house, you're concerned with offering love and assistance to those experiencing pain, loss, or confusion. You may have a calling to work with and care for juveniles who are in some sort of confinement.

In a man's chart, Ceres illuminates the relationship of a man to his mother, as well as to women and other nurturing figures in general. She also signifies a man's tender, caregiving side and how this part of his nature finds expression. A good example is talk show host Phil Donahue who throughout the 70s, 80s, and 90s used his show to discuss women's issues and the changes in the American family. 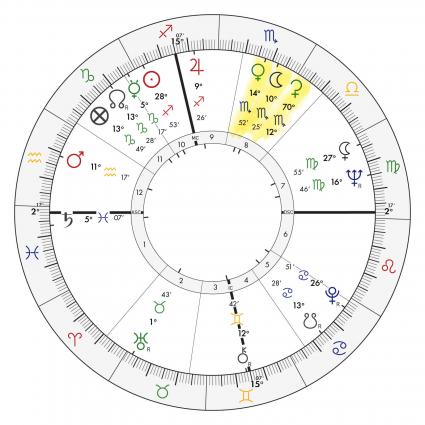 Donahue's Ceres is conjunct the Moon and Venus in Scorpio and the 8th house. This feminine stellium reveals his concern for the empowerment (Scorpio, eighth house) of women. It also says something about his focus on the need to transform (Scorpio) the family structure.

Understanding Ceres in Your Natal Chart

At her most basic Ceres, the protector of mankind is about sustainability. The sign and house your Ceres occupies tells you where (house) and how (sign) you can nurture, protect, and build a sustainable future for the world, as well as your children and grandchildren.