Rainbow aura quartz does not occur naturally. Quartz crystal is a natural material, but in order for it to turn into rainbow aura quartz, it must be coated with another material that adds an iridescent sheen. In a lab different materials, such as platinum, silver, niobium, titanium oxide, and gold, are bonded to quartz's surface to add the rainbow colors. 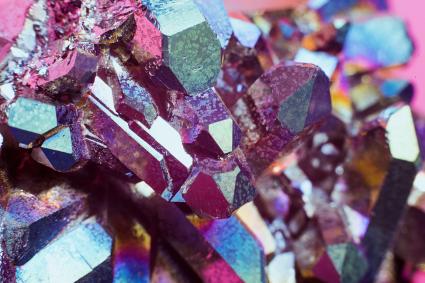 Quartz Coated With Titanium and Gold

Quartz Coated With Titanium and Niobium

This version of rainbow quartz is similar in appearance to the other titanium coated quartz crystals, and it has all the properties of titanium aura quartz along with additional properties imparted by the niobium in the coating. The only way to know if niobium is in the quartz is to ask in the store. Niobium is a transition metallic element, and the metaphysical healing properties it imparts to rainbow aura quartz include the following: 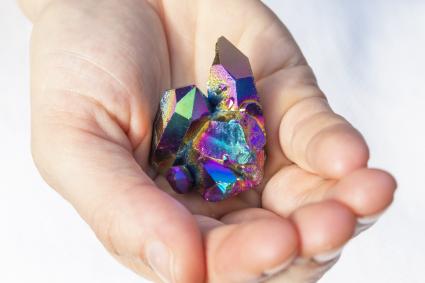 While there are different types of crystals called rainbow aura quartz, they all have similar properties that come from the metals used to coat them. These versatile quartz crystals are both beautiful and useful.