A Virgo man is practical and realistic rather than romantic. He's thoughtful and emotionally cool when looking for his "perfect" mate and displays that same thoughtful emotional coolness following a breakup. He's a perfectionist who's often far too picky, which can sometimes prevent him from even participating in a romantic involvement. Perhaps that's because he'd rather remain single than take part in the almost always messy business of a breakup.

For a Virgo man, down-to-earth considerations always prevail where breakups are concerned.

He's Convinced of the Rightness of His Decision

The Virgo man is capable of enduring any hurt if his mind is convinced what he's doing is right. So, when the point comes he realizes the relationship is not healthy for him, when he feels he's given it more thought, effort, and time than it deserves and is 101 percent sure that breaking up is or was the right decision, then there's no looking back. As with everything else, a Virgo man wants a well thought out, clean and tidy ending with no fighting, tears, or loose ends. As a matter of fact, a Virgo man might just disappear from a woman's life to avoid such messy confrontations.

Cause of Virgo Breakups

Virgo compatibility is strong with many signs, but there are things he needs to work on. To the world, the Virgo man presents a cool, calm, and collected exterior but on the inside, his mind is always active and working to analyse, think, and figure things out. He has a constant drive to improve and perfect everything and everybody. However, no matter how pure his motives, this can lead to extreme pickiness, finickiness, and nagging. In one way or another, all are likely to spell trouble in his most intimate relationships. 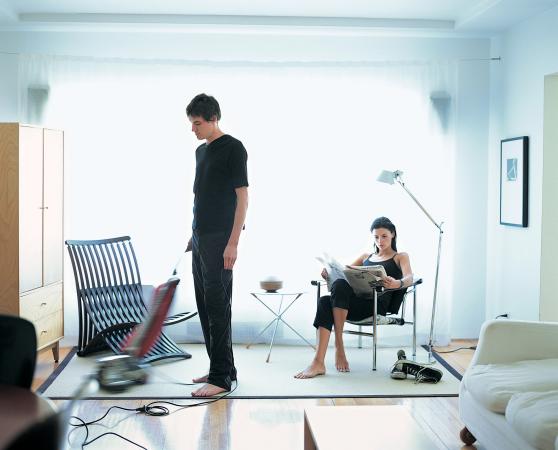 When a Virgo man ends his relationship with a woman, it's usually because she was unwilling or couldn't live up to his "ideal" expectations. Maybe she didn't have a sufficiently strong work ethic, maybe she was too disruptive of his carefully ordered routine, or maybe he just couldn't take what he perceived as her sloth, inertia, and undesirable little habits.

Women Breakup With Virgos Because of His Perfectionism

When a woman ends her relationship with a Virgo man, it's probably because she can't stand any more of his nit-picking, his need for perfection, his obsession with detail, or his paranoia about health and cleanliness. She may well have become tired of his endlessly recounting his ailments, his constant criticism and complaining about everything, or that he's always so wrapped up in his job, even if he is not the boss.

How to Get a Virgo Man Back

The Virgo man fears rejection, and this means that regardless of who ended the relationship if there is to be a second chance, it will be the woman who must face rejection. However, getting this guy back can be a mind game that's likely to be difficult. 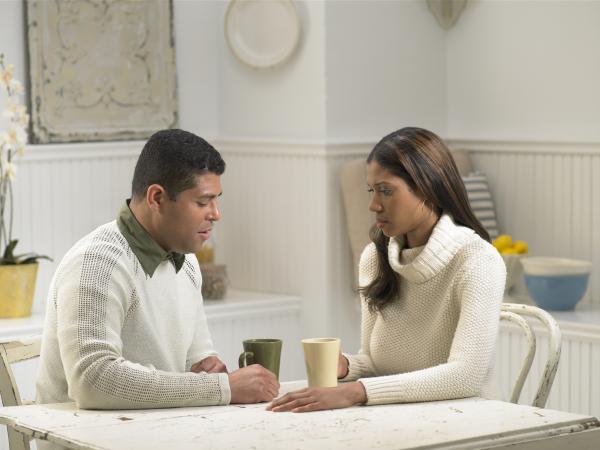 Even if there's no second chance to be had, she will have, at the very least, opened the door to friendship.

A Virgo man tries his best to make sure the end of a romantic relationship is well thought out, rational, and non-confrontational. However, depending on the woman, messy, emotional, and confrontational may be what he gets.

Virgo in a Nutshell

Virgo is the mutable Earth sign ruled by Mercury. Mutable signs are concerned with endings, beginning, and transitions. As an Earth sign, Virgo is also about tangible results that can be measured, compared, assessed, and perfected. Mercury, as ruler of Virgo, indicates that everything, everybody, every situation, every emotion, and every feeling is processed mentally.

He's Analytical In and Out of Relationships

A Virgo man is flexible and can easily adapt to change. He has the ability to scrutinize, evaluate, assess, and make razor-sharp course corrections. This means he's subject to cutting his losses and moving on from a relationship, regardless of who ended it. However, you can be sure that before a Virgo man leaves a woman or after a woman has left him, he's done a thoughtful and realistic assessment of the relationship.

When a Virgo Man Doesn't Act Like a Virgo

The reason some individuals don't act like their zodiac Sun sign is because everyone is much more than just their Sun sign. An accurate birth chart is very important because it shows the entire personality. The Sun gives a general overview, but the Moon and the planets, as well as other important points, also affect the personality. The astrological aspects can transform the energies by creating challenges and obstacles to their pure expression. Of course, there's also the individual's life experiences. Most individuals grow and learn over their lifetime. An older, more experienced Virgo man is likely to express his Virgo tendencies very differently than a young Virgo Man.

In a relationship, the Virgo man will give his all and more. He can deal with disappointments and will give the relationship chance after chance before it ends. But when it's over, it's over. Once he's made his final decision, there's no looking back, and there's seldom a second chance. If a woman does get a second chance, she should consider herself lucky and understand she won't get a third.

0
Comments
© 2006-2021 LoveToKnow, Corp., except where otherwise noted. All Rights Reserved.
Resources, Advice & Tips for Covid-19
Read More
What Is a Virgo Male Like After a Breakup?