A Scorpio male is deeply emotional and has a sun sign noted for its extremes and intensity, as well as the need for privacy, power, control, passion, jealousy, and possession. A Virgo woman should know these are the kinds of experiences that can flow, one way or another, from a Scorpio man she loves.

Compatibilities Between a Scorpio Male and Virgo Female

Though seemly quite different, these two can blend their energies in a highly satisfying way.

The Scorpio Man Is an Enigma

The Scorpio man is a multi-faceted and complex enigma.

To the opposite sex, the Scorpio male is a sexy man who oozes charm and animal magnetism. When you combine all of this with his extremely analytical mind, you have a man whose exhilarating complexity is almost impossible for any woman to ignore.

What a Virgo Woman Loves About a Scorpio Man

Why would a discerning, intelligent, seemingly fragile Virgo woman fall in love with an intense, competitive, highly sexual, and brooding Scorpio man?

She's attracted to and loves:

What Should Concern Her

The Scorpio man needs a woman who is emotionally strong enough to put up with his moods and his temper and has enough self-esteem and self-confidence to stand her ground, if need be. Of course, the success of this relationship is helped by the Virgo woman's ability to deflect and adapt. However, she should be aware of some of the less pleasant traits of a Scorpio man before getting involved in a romantic relationship with him.

A Scorpio man can be:

How to Attract and Keep the Scorpio Man

The Scorpio man may be easy to seduce and take home for the night, but be warned; it's much harder to form a real relationship with him. 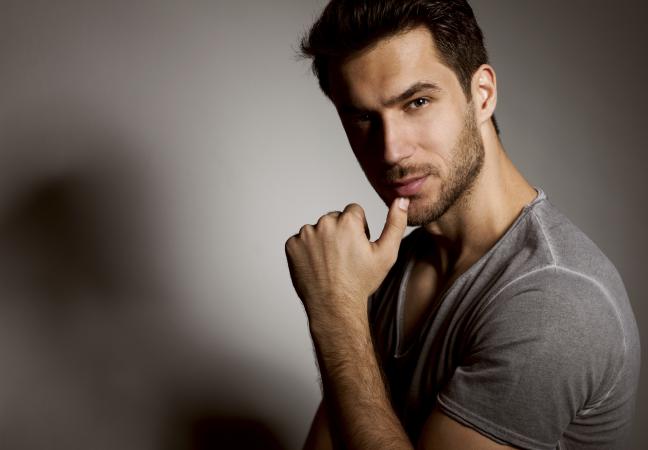 It could take all the patience, understanding, sensitivity, kindness, honesty, and flexibility that comes naturally to a Virgo woman, but if she is willing to put in the effort and hang with him, it will be worth it!

Complementary and Opposites of Virgo and Scorpio

Scorpio is a fixed sign and Virgo is a mutable sign. Fixed signs are all about unwavering conviction, and mutable signs are all about ambivalence and both sides of the story. For the Scorpio man, the world exists in black and white. Full-force or loss of interest is the Scorpio way. For the Virgo woman, there are only vacillating shades of gray. Theoretically, this combination should work well, with him supplying the conviction, and her injecting some flexibility and objectivity into the relationship.

Socially, a Scorpio man and Virgo woman should get along well. She's easygoing, has social poise, is communicative, and has the ability to see things from many perspectives. She has great deftness in creating a relaxing environment where he can express his strong nature without causing any hard feelings, which endears her to him. He's also attracted to people whom he can't understand or easily control, and she falls into that category.

Trouble Occurs When He Attempts to Control

However, trouble begins when the Scorpio man attempts to impose his ideas on or tries to control a Virgo woman. However, she's an independent woman who's equipped with a kind of tactile, intuitive understanding that allows her see the nuances of a situation and move out of harm's way.

Understand How Each Argues

She can easily see both sides of the story and believe in them, while he will emotionally champion only one argument even when he can rationally understand both. She might castigate him for his narrow-mindedness, while he might privately despise her for a lack of convictions - which he equates with a lack of personal integrity.

The Scorpio man faces situations head on while the Virgo woman has the ability to dance around them. She could win any argument by simply sounding more reasonable or walking away. This is a relationship that can dissolve wordlessly. Yet, they might be repeatedly drawn back together because he never gives up, and she's already forgotten and forgiven any bad blood between them.

A Scorpio man's sexual nature is as complex as the man himself. He wants to dominate, control, and experience complete union with his sexual partner. For him, sex is intimate, personal, private, deep, and intense. It's the loss of control and the ecstasy and agony of lovemaking that excites him. A Virgo woman is not a selfish lover. She can willingly let him lead while voicing her desires and preferences, and she has a great capacity to abandon herself fully to his sexual need and desires.

All Scorpios Are Not the Same

Please keep in mind that the sun sign of Scorpio is not the only dominant influence in a person's astrological birth chart. There are 10 astrological planets, 12 houses, and the aspects and orbs between the planets at the time of birth, all of which can skew the expression of a Scorpio man's personality. For example, if he has several planets or a rising sign in Gemini, he may come across as chatty and flirty, not usual Scorpio traits. Or if he has other Scorpio placements, it will exacerbate his Scorpio Sun and make his Scorpio personality even stronger. Sun sign readings are fun but getting a natal or a birth chart reading from a professional astrologer is highly recommended. 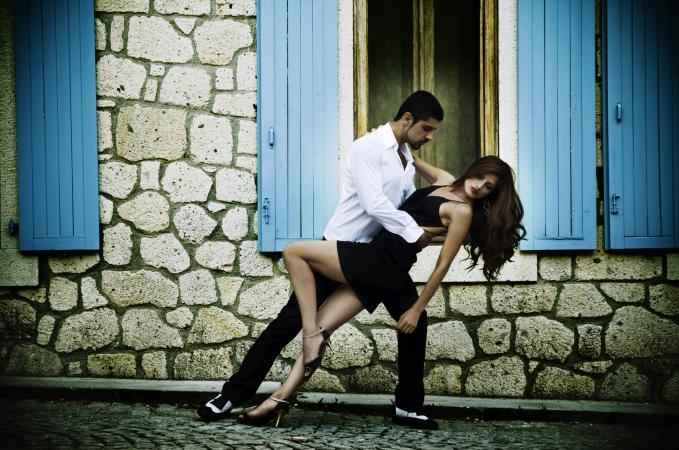 It Takes Two to Tango

A Virgo woman is not easily intimidated, which can win a Scorpio man's respect. She doesn't need to compete with him, which leaves them free to be themselves in each other's presence. Each is very loyal and can be a fierce defender of the other, creating a nice base of security. However, much depends on the Virgo woman's self-confidence and willingness to dance. It takes two to tango, as they say, so while she should follow his lead, she shouldn't make him do all the leg work.

Comments
© 2006-2021 LoveToKnow, Corp., except where otherwise noted. All Rights Reserved.
Tips for a Virgo Woman Who Loves Scorpio Man