At first glance, a Taurus woman and a Cancer man seem destined for love. At second glance, they still do. The sensual, practical Taurus woman and the sensitive, emotional Cancer just seem to fit together. In fact, these two can be amazing. As always, though, there will be challenges to face and differences to overcome, while other factors in the synastry chart will influence the compatibility as well.

You may be just at the start of trying to develop a relationship. If you want a helping hand, check out LoveToKnow's eBook called Grabbing the Bull -- it's filled with advice about how to make Taurus fall in love with you. You can woo that Taurus and keep her in love with you forever. Find out how, and what that means for both of you.

Taurus, the fixed earth sign, is firmly rooted in the ground. This sign, ruled by planet Earth herself, relates to the physical world; underneath, around, and inside. A Taurus experiences primarily through her senses, particularly the sense of touch, though olfactory and auditory senses (as well as the voice) are also important. She knows what she wants! What matters most to her are the practical things: her home, her surroundings, and her most cherished and defended values.

Taurus needs a man who respects and accepts what is most important to her, but she doesn't need him to be the same way. Acceptance is all she requires, and all else is gravy. Keep in mind though, she loves gravy, and the more you give a Taurus, the more you reap in the end.

This sensitive guy is not necessarily a new age type. Cardinal water, Cancer is a traditionalist, as is its Earth sign, Capricorn. Cancer's domain is the past - roots; the feelings, memories, and bonds formed in times gone by; and how the past affects the present. The Cancer guy values home and cherishes family, but how he feels matters more than the practical exterior of things. Ruled by the Moon, a Cancer's emotions are changeable and inexorable as the tide. Try resisting the tide! It does not even notice; it swirls and rises around the hardest stone.

A Cancer can't help it; his own emotions are paramount. Don't assume that just because he can cry, a Cancer man is a weepy pushover. Cardinal signs are strong. In his tears lie his strength, for when the tears have fallen he will do what is necessary, strengthened by the deep well of emotion that sustains his soul. When the chips fall, he will stand and defend those who depend on him.

First Impressions Can Be Negative

At first, these two might well be put off by the other's style. He may be unnerved by her unwavering sureness. She is graceful, she can bend like a tree, but nothing can shake her depths. This is unsettling to a man so subject to the ebbs and flows of emotion. He feels vulnerable around her, interpreting her confident, assured manner as coldness or lack of empathy.

For her part, Taurus may be underwhelmed by the Cancer male's approach, which is not nearly assertive enough for her. She wants a man who sweeps her off her feet, who can impress her body with his strength. With Earth in Scorpio, the Taurus woman is attracted to power; her first impression may be that he is not strong or manly enough for her.

How They Help Each Other

In fact, empathy, while it is within her reach, is difficult for the Taurus woman. She must work for it, reach deep into her Scorpio Earth side to learn what Cancer takes for granted. Surfaces have always been enough for her. But the presence of this man in her heart softens the boundary she has maintained between her outer senses and her inner emotions and passions. Cancer's easy empathy and comfort with deep vulnerable emotions helps her gain the courage to delve her own depths and grow the power she is capable of.

Cancer has to work, too. The sensitive guy needs to learn skills and to struggle and work to develop his trade, whatever it may be. Cancer's direction of growth lies in deepening his personal authority, claiming the right to feel as he feels, and protecting and defending his home. Cancer's sensitivity can make him overly tentative. His life challenge is to grow the will to stand firm. In this, Taurus can help him by example. Her strength is innate; she did not have to fight to attain it. She was born that way. But cardinal Cancer must struggle like a salmon upstream to the home he craves. 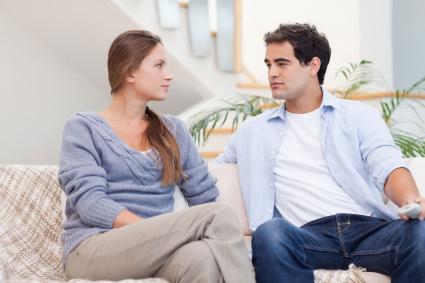 The Dance of Elements

The Taurus woman is patient, and so her first impression need not be the last. She likes him, and he feels good to her. Sensitivity runs far beneath the surface of her personality. She seems stoic but in truth, she senses everything right down to the root. She recognizes Cancer's nourishing flow, and she craves it. This man has what she wants, and what she wants, she will have.

He wants her as well. Their attraction is strong and if they are in each other's lives long enough, sheer gravitational pull will command their fall into love. Cardinal water springs new, born from a cold history of pain, and when it lands in the warm lap of fixed earth, it is cradled, held, absorbed, purified, and vivified. The dance of elements between these two is a wonder to experience.

A Stable Relationship With a Dependable Future

Their start may be shaky, for neither looks at first glance quite like the other's dream partner, but once they have scratched the surface and glimpsed the truth of the other's soul, true and lasting love can grow and flourish in their fertile soil. This coupling can serve not only the lovers, but all who depend on them, and all who live in family and community relationship with them. They are rock solid.