A Scorpio woman and a Pisces man can share a passion and romantic closeness that's truly rare. However, when troubles arise, they have entirely different ways of coping that can end the relationship as quickly as it began. Still, a relationship between a Scorpio and a Pisces will last a lifetime, in that it will forever be etched in their hearts.

There's a quiet, reserved, and mysterious quality about a Scorpio woman men find irresistible. She's deeply introspective and private, and at times moody and sulky or even cold. A Scorpio woman is secretive, doesn't give much away, and needs time alone. Silence is a strong part of her nature. However, she's like a quiet, placid pond, glassy and empty on the surface but with life teeming in its belly. No other woman can keep her emotions so under wraps or have more profound and enduring feelings.

There's no man sweeter or more caring than a Pisces man. He's shy, quiet, sensitive, goes with the flow of life, is incredibly easy going, loves to cater to others, yet because of his sensitive nature, he needs time alone. There's an ephemeral, now you see him now you don't, quality to a Pisces man that can make him a bit of an elusive mystery. He is easily influenced by the people that surround him, and he can be elated one minute and devastated the next depending on what's happening around him. While his ability to withdraw from reality into his private dream world makes him creative and romantic, it also makes his temperament a little hard to understand.

Scorpio is a fixed water sign. Pisces is a mutable water sign. Both are emotionally sensitive by nature but deal with their emotions in very different ways. The Scorpio woman contains her powerful and intense emotions; the Pisces man is like a surfer who skims along on the surface adapting to emotional waves and attracted to anyone or anything that stirs his emotions. A Scorpio woman can certainly stir a Pisces man's emotions and she, in turn, is fascinated and enchanted by the elusive, mysterious quality of a Pisces man. 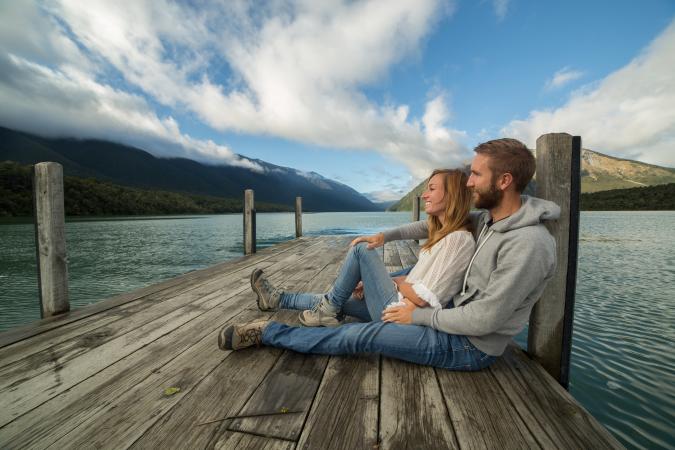 Both are highly intuitive and even without words know what the other is thinking and feeling. Both value their privacy, tend to be spiritual, and at times both are also emotionally needy.

When the relationship is working well:

The Scorpio woman is fixed water, and it's her nature to be controlling. The Pisces man, mutable water, is not easily controlled. However, when it comes to making love with a Scorpio woman, she can be as controlling as she desires and the Pisces man will gladly submit.

Regardless of how dark, kinky, or forbidden their lovemaking gets, he'll skillfully navigate all the deep, intense emotional waves she stirs up. Their ability to lose themselves in each other makes their time together in bed simply the best part of this relationship.

When a Scorpio woman and a Pisces man fall in love, their relationship will be intense, intimate, and magical. They will feel their lives are filled with more depth, meaning, excitement, and wonder. Of course, this doesn't mean there's perfect harmony in the relationship or that it will last forever. In truth, this tumultuous relationship can end, perhaps over and over again, as quickly and as passionately as it began.

Both Scorpio and Pisces are subject to extreme highs and lows. As a couple, they are either blissfully, passionately, intoxicatingly in love or engaged in all out, spiteful and painful warfare. Both would rather feel emotional pain than no emotions at all. So, if a Scorpio/Pisces love affair becomes too calm, either or both may be tempted to start a fight just to liven up the relationship. Fights between these two can be as intense, passionate, and spectacular as their sex life.

A Scorpio is marked by the vehemence and the extremity of their emotions, a Pisces man by his acute sensitivity to the moods and emotions of others. When the going gets tough, she becomes suspicious, jealous, possessive, and controlling while a Pisces man becomes elusive, plays hide and seek, and is even harder that normal pin down. When her jealousy and possessiveness are aroused, he feels suffocated. The tighter she holds on, the more slippery he becomes. 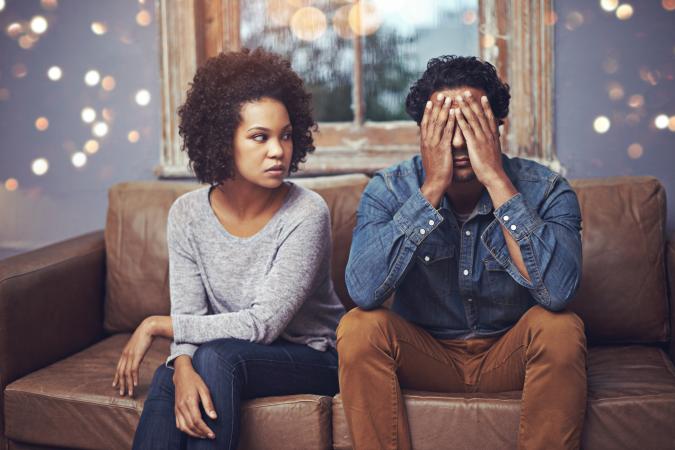 A man is either all in or all out as far as a Scorpio woman is concerned, while any kind of stress gets a Pisces man down, too much and he'll simply slip out the door.

When a heated emotional argument arises:

A Scorpio woman will give her all to love but after a fight, she can be cold and vindictive to the point of wanting nothing to do with her lover. Meanwhile, a Pisces man withdraws into himself, becomes aloof, sulks, and makes himself scarce. It's sad to say, but eventually there could come a time when she washes her hand of him forever, or he just slips out the door for good.

To make a Scorpio/Pisces relationship work, both partners must come to understand and talk about their part in the ongoing melodrama.

They must learn to:

It's the trust between these two upon which the success of a Scorpio/Pisces relationship depends. So, it's important for both to remember that the underpinning of the trust in their relationship is open and honest dialogue. Each must also come to understand they can get lost in the relationship if they don't spend some time apart pursuing their individual passions.

It's almost inevitable there will be fights in an intensely passionate Scorpio/Pisces relationship. When anger rises, it doesn't matter how much of the above these two have learned, it's all-too-easy to revert to bad habits. Learning how they each can fight nice is one of the most important ways for this couple to preserve their relationship.

For the Pisces man:

The Sun signs can tell you a lot about the dynamics of a relationship. However, many things in each of the partner's individual horoscopes as well as in their relationship synastry can mitigate, exacerbate, and even alleviate the difficulties of a Scorpio/Pisces coupling. If this is a serious relationship, and the couple just can't seem to make it work, it's best to see a professional astrologer.

Scorpio and Pisces share the kind of love that's found in books and films; romantic, passionate, melodramatic, and turbulent, but not always with a happy ending. However, as tumultuous as the relationship between a Scorpio woman and a Pisces man may be, how long it lasts or how dramatic the ending, theirs will be a love story to remember.