A soulmate relationship can be the most blissful relationship you'll ever have. They can, in fact, be so blissful that initially you couldn't imagine you'd ever hurt or abuse one another. However, when soulmates come together, they have personal karma or past life issues to deal with and lessons to learn within the realms of romance and love, and sooner or later these issues will unfold in the relationship. However, a true soulmate is the most important person you'll ever meet because they'll tear down your walls, smack you awake, and change you forever.

There are several sun signs that are compatible with Scorpio, and each creates a different sort of relationship. However, the most likely astrological candidates for a Scorpio soulmate are all three emotional water signs; Pisces, Cancer, and Scorpio.

There are no two signs more capable of understanding the emotional needs of the other than Scorpio and Pisces. Scorpio has an emotional depth not everyone is ready to face, but Pisces can take on anything in the realm of emotions. Nor is any other sign better equipped than Scorpio to handle the intimate emotional soul merging and loss of self that Pisces desires.

These two have a deeply magnetic, emotional connection and a sexual attraction that both feel immediately. Scorpio and Pisces also have an intuitive understanding of one another, and the seductive pull they have over each other is hypnotic. With Scorpio supplying the passion and Pisces supplying the romance, there's no such thing as a superficial flirtation for these two meet.

Scorpio and Pisces can go places with each other that others can't. It's a match made in heaven (Pisces) that can survive trips to hell (Scorpio) and be reborn anew - again and again. When they're together, it's breathtaking! But be aware, this is also a match that falls into the category of, "we can't live without each other, but we can't live together either."

Scorpio and Pisces couples have created some of the most romantically passionate soulmate love stories of our time.

Scorpio and Cancer are both hard-shelled, emotional, sensitive, secretive, self-protective, and very private individuals who don't trust easily. However, when they come together there's a natural trust, which allows them to share their inner worlds and when they do, a bond can be formed that will be cherished and defended by both.

A happy family life is the end game for these two, and they can easily create their own little world that shuts the rest of the world out. There's a strong magnetic attraction that binds them together and a psychic and empathetic connection that can get them through most difficulties.

However, the emotional intensity generated between them can also take them to some very dark places. Some Scorpio/Cancers couples go through emotional hell and back because of suspicion, jealousy, and betrayal. Still, some of the most enduring relationships are created between a Scorpio and Cancer.

Scorpio and Scorpio have a magnetic and psychic connection and can easily share their deepest, darkest secrets with one another. They mirror each other's powerfully passionate sexual natures and are captivated by the other's depth of feeling and need for soul-level encounters. Magic, mystery, intrigue, and passion can be expected with Scorpio soulmates. 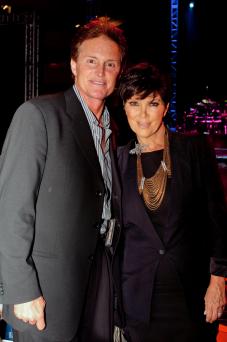 The endgame for a Scorpio/Scorpio soulmate connection is for both to achieve personal peace and soul growth through pain and conflict.

These two see the best and the worst of themselves revealed in the other, and the relationship is likely to be an "I love you and hate you" stormy and complicated affair that's filled will secrets, complexity, and cringe-worthy melodramas.

For example, Caitlyn Jenner (formerly Bruce) and Kris Kardashian Jenner are both Scorpios. Their long relationship is a dramatic example of the transformational effect Scorpio soulmates can have on one another. Though Kris knew of Kaitlyn's proclivity for cross-dressing when they were married, you can only imagine how emotionally intense, painful and complicated a relationship would be when one spouse transitions.

What Scorpio Looks for in a Soulmate

While some individuals might merely settle for a compatible life-mate, Scorpios are extreme and intense individuals who don't want anything less than a partner who will tear down their walls, smack them awake, and change them forever.

Scorpio's specific needs in a soulmate:

How Scorpio Acts in a Soulmate Relationship

When Scorpios meets their soulmate, there's a connection that's so intense and magnetic it can overpower them in such a way they will either run the other way or lose all objectivity and become clingy, suspicious, jealous, possessive, and controlling. However, if the potential dramas their actions create are overcome, a Scorpio will die and be spiritually reborn as a forever changed person.

Astrology, as practiced by a competent professional, can tell you many things about yourself and others, but the best it can do is inform you as to how compatible you are with the one you love and what the good, bad, and ugly in the relationship might be. A couple's composite chart can give you some clues a to why the two of you are together and what the relationship needs to be its best. Every compatible sun sign a Scorpio comes in contact with is not going the be a lover or soulmate, and astrology can't tell you who you'll fall in love with or who might be your soulmate.

However, there are some indicators of a love soulmate connection.

In the language of love, the definition of a soulmate is a person for whom you feel a deep and natural affinity, love, intimacy, sexuality, and spirituality. It's someone who shares your disposition, temperament, points of view, and sensitivities.

Metaphysically, a soulmate is defined as someone who enters your life for an hour, a season or a lifetime to assist in your soul growth. In this context, all soulmates are predestined to come together.

Lovers from Past Lives

Some believe that soulmates were lovers in past lives who have made an agreement to come together in another life to recreate past scenarios so the individuals can heal old wounds, grow, and evolve.

Twin flame is thought to be the ultimate soulmate relationship. Twin flame soulmates are complete within themselves and are not searching for someone to make them whole, nor are they together to work out past karma. A twin soul relationship involves mature souls and always has spiritual overtones. This is a divine union, where the individuals come together to do something positive for the world by working together.

A Scorpio's soulmate relationships involve the extremes of love, hate, passion, pain, psychological melodrama, and eventually cathartic transformation. This isn't a bad thing because soul evolution through stages of the extremes of pleasure and pain is Scorpio's life lessons, and when they meet their soulmate, their teacher has arrived.