A Scorpio man and a Pisces woman have the potential to be a tantalizing and fun sexual match. Scorpio is one of the most passionate signs in the zodiac. Pisces is one of the most romantic. These two hold a mysterious emotional connection that can be magnetic, magical, and all-consuming in the bedroom.

A Scorpio man's sexual nature can be quite complex. He seeks complete union with his sexual partner. For him, sex is intimate, personal, and private. His sexual desires are deep and intense. Scorpio wants to take his lover to the heights of ecstasy and keep her there there until the line between agony and pleasure is completely blurred and she cries for mercy.

For a Scorpio man, sex is part baptism, vow, death, and revival. La petite mort, or the little death (orgasm), is crucial for understanding a Scorpio's sexual nature.

Intimacy Tips With a Scorpio Male

When seeking intimacy with a Scorpio male, consider the following:

The Pisces woman is a paradox and an enigma. Sexually she's flirtatious, romantic, emotionally open, gentle, passionate, boundaryless, and predictably unpredictable. For a Pisces woman, sex is an ethereal, almost out of body, experience. Sex for her is a merging that is timeless and spaceless.

Eager to please, the Pisces woman is open to all avenues of sexual expression. She's sexually submissive, a chameleon by nature, and blessed with a vivid imagination and a wealth of creativity. Her fantasies are intricate and detailed. She can blur the lines between fantasy and reality, wrap herself in a purple haze, meld with her partner, and easily slip in and out of heaven or hell.

She views sexual intimacy as a deeply connecting experience between two souls in which she can feel the pleasure, pain, longing, power, and weakness within her lover.

Intimacy Tips for a Pisces Female

When engaging in sexual intimacy with a Pisces woman, consider the following:

Sexual Compatibility Between Scorpion and Fish

It's All in the Water 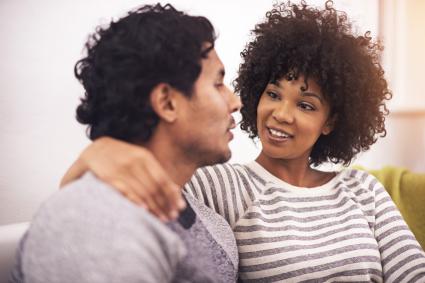 Pisces and Scorpio are both water signs. Both are emotionally sensitive and can intuit what's going on inside the other. Their emotions are the most intense aspect of their sexual experiences. But Scorpio is fixed water and Pisces mutable water. Scorpio's role is to probe deeply, control, and contain emotions. Pisces' role is to absorb and dissipate emotions.

There are no two signs capable of understanding the emotional needs of the other better than Scorpio and Pisces. There's an emotional depth to Scorpio that not everyone is ready to face, but Pisces is ready to take on anything in the field of emotions. Likewise, there's no sign better prepared than Scorpio to have the intimate emotional soul merging that Pisces desires.

The Scorpio man wants control. The Pisces woman is submissive. Scorpio wants to go deep to explore all their dark and forbidden emotions, and Pisces can easily slip into Scorpio's dark forbidden emotional world. Yet, because of their emotional connection, no matter how dark or kinky they both might get, they share an understanding that it is deep, emotional connections, even if painful, that make sex and life more meaningful and worth living.

Trust Is Important in Overcoming Problems 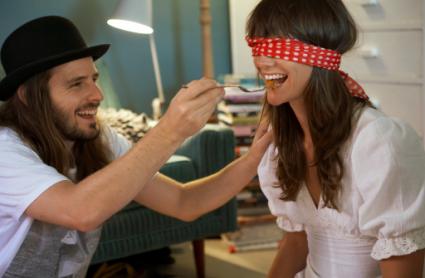 Scorpio and Pisces both find conventional vanilla sex unfulfilling and want something more intimate and intense. Because of the domination/submissive elements of a Scorpio/Pisces sexual relationship, there's one aspect of this partnership that's more important than any other: trust.

For Pisces to be submissive to Scorpio's dominance requires an extraordinary amount of trust. In submitting, she's not only making herself vulnerable, she's also making a very bold statement, and the implication of it is that she expects her trust not to be abused. Similarly, Scorpio exercises trust in accepting Pisces' submissiveness. He must trust that Pisces has faith in him. He must respect that faith and not betray her trust.

The problem is that Pisces is sensitive, easily hurt, and can be slippery or distant at times, while Scorpio is naturally suspicious and can sometimes seem cold and uncaring. So it's important for Scorpio and Pisces to remember that the underpinning of trust in their relationship is open and honest dialogue.

Still, if the Scorpio man is tender and caring enough, the Pisces woman possesses the needed boundaries, and the lines of communication are open, this sexual relationship can be a fun and magical playtime for both.

The Sorcerer and the Dream Weaver

Whether it's the potent sorcery of Scorpio or the subtle fantasy of Pisces, both of these signs deal in magic. As such, Scorpio/Pisces sexual compatibility is one of the most magical and alluring of all zodiac sign matches. However, it can be very easy for both to get lost in their watery world of emotions. They must work to buoy each other up rather than pulling each other under.

Comments
© 2006-2021 LoveToKnow, Corp., except where otherwise noted. All Rights Reserved.
Are a Scorpio Man and a Pisces Woman Sexually Compatible?