Opportunity knocks when a Sagittarius man and a Libra woman meet. Sagittarius is a fire sign, and Libra is an air sign. Fire and air signs are a good mix. When these two interact in a healthy, well-balanced manner, they are like a hot-air balloon whose inner flame lifts each of their lives to heights they could never reach alone.

The Sagittarius man places a high value on his independence and freedom. Even as a responsible adult, he can seem like an innocent, flirtatious, borderline bad boy and gadabout. He's a man's man, loves sports, and is a proverbial bachelor type who never fails to fascinate the ladies. You can be sure that when a Sagittarius falls in love, it's probably not for the first time. 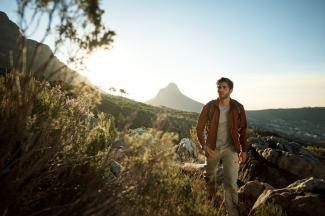 Sagittarius is a romantic at heart and enjoys the adventure and spontaneity of each new romance. He's an idealist who's easily enchanted by a beautiful, smart, and independent woman who's also a good sport and not too interested in getting serious. Still, when he falls for someone he's all in--for as long as it lasts. Sure breakups and sadness are likely, but for Sagittarius, these are temporary conditions that readily dissipate at the hint of a new possibility.

He Wants an Adventurous Mate

He likes women who are straightforward and assertive enough to make the first move. As a sexual partner, he's a fun, spontaneous, talkative, and never afraid to try something new or different. Sagittarius wants a sex mate who's adventurous and can take him to a place he's never been before.

A Libra woman personifies everything that's feminine. She's charming, sensuous, attractive, and graceful, but also smart and independent. Born to relate--not to just marry--Libra attracts both men and women. 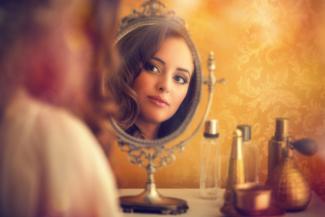 Though seemingly incapable of making a definite decision about anything, Libra has an almost uncanny ability to understand every side of a situation and put people at ease. She's attractive, flirty, fun to be around, always down for a great conversation, and thrives at any kind of social gathering, whether it's at a theater or a bar.

She Wants a Confident Partner

Libra wants a partner who's romantic, confident, considers her an equal, appreciates her intelligence, and is willing to volley back and forth with her in conversation, life, love and the bedroom.

Libra Sizzles in the Sheets

As a sexual partner, Libra is gifted. She's always attentive of her partner's needs and can easily be wild and seductive or cuddly and subservient. She has a desire to please, and her motto in the bedroom is a lady always acts in a way that's appropriate for the moment.

Most would think that vibrant confident Sagittarian would be the leader in a Sagittarius/Libra relationship, but it's not so. Libra is a cardinal sign. Cardinal signs are active and initiate change. Sagittarius is a mutable sign. Mutable signs are restless and embrace change.

Libra can be bossy, but that's not usually how she operates. Libra scouts around, weighs options, puts people, places, and plans together, and then uses gentle persuasion, diplomatic nuances, and finesse to get others to do what she wants.

That works just fine for easy going, carefree Sagittarius because it frees him from the responsibility of having to make the decisions and plans. Likewise, the Sagittarian willingness to adapt to Libra's plans helps her step out of her self-imposed 'can't make a decision' box. It's a win-win scenario that complements every aspect of a Sagittarius/Libra relationship.

Compatibility Between the Archer Male and a Libra Female

Sagittarius and Libra are the optimists of the zodiac. Each realizes they are part of something larger than themselves. Both are outgoing, charismatic, extraverted, and very social. They both innately understand that when they let others be themselves, there's a lot that can be learned. Plus, they're free to be themselves as well. Libra is free to become the center of attention and surround herself with interesting people, while Sagittarius is free to seize every opportunistic moment as it presents itself.

They Have Complementary Temperaments

Though their temperament and style differ, Sagittarius and Libra complement one another. One of the best aspects of a Libra/Sagittarius relationship is their mutual need for the intellectual stimulation of different and varied people, places, and things. Action, excitement, adventure, learning, and in-depth conversations are the life's blood of a Sagittarius/Libra relationship.

Socializing and making new friends provides the Libra/Sagittarius relationship with the important thought-provoking conversations both need. Parties and casually meeting friends, old and new, enlivens their relationship and punctuates their lives with needed carefree, joyful moments. 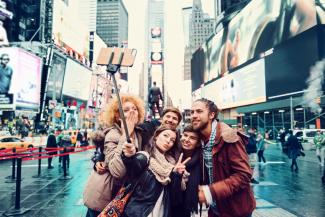 Both Are People Persons

These two are people persons with a capital "P." They want to interact and connect with people, not just be around them. Neither just fades into the ambiance of a party. You'll always find Sagittarius working the room in a jovial, devil-may-care manner, while Libra's grace, charm, openness, and poised elegance when dealing with others makes her the hub of attention.

They Both Love People Watching

People-watching is a favorite Libra/Sagittarius pastime; they can amuse each other with clever observations all day. For this couple, an after party debriefing of what went down is always fascinating. For them, sharing their individual experiences of the same party and people can be the best part of a night out or of anything they do together.

They Love to Travel

Neither Sagittarius nor Libra likes to stay at home, and both love to travel. Sagittarius prefers enthralling trips to enchanting places that gives him a feeling of breadth and expansion where he can learn about the world and life from a different point of view. Libra on the other hand, prefers to stay close to civilization, exploring antique markets, museums, and cultural centers, all the while interacting with different people.

Both Love to Learn

However, their mutual interest in traveling is in cultivating knowledge and learning. With just a bit of planning and compromise, perhaps each going their separate ways for an afternoon, these two can be exciting travel companions whose individual experiences of a shared trip can add much to what the other experienced.

Sagittarius likes Libra's neutrality and conversation skills. Libra likes a Sagittarius's preponderance of interesting information. Both are willing to consider new ideas and give the other a fair hearing. However, Sagittarius is fairly legendary for being blunt, direct, loud, and opinionated, while Libra has a cooler, calmer demeanor, measures her words, and tends to be more diplomatic in her conversations.

Neither Sagittarius nor Libra like to argue per se, but they do like a good debate. It's almost inevitable there will be times when Sagittarius goes off on one of his high-minded discourses, and Libra jumps right in to play the devil's advocate. The problem is that Sagittarius can be hot in the temper department and when challenged, Libra can be pretty feisty herself. So if a debate starts to turn into a heated disagreement, it's best they just back off and call a truce.

Take a Time Out

Still, there's no conflict these two can't talk through after a time-out. They both dislike confrontation and have a similar sense of humor, which makes it possible for them to turn any fiery debate into a source of amusement and have a few laughs, rather than hurt feelings or dented egos. 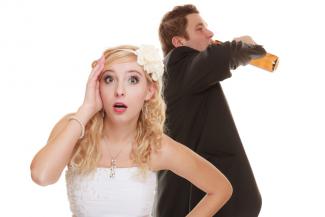 Both Sagittarius and Libra relish friendship. However, commitment is another thing. The problem for a Sagittarius/Libra relationship is that when it comes to commitment, Libra waffles and Sagittarius doesn't want to be tied down. Plus, neither of their temperaments fits well with the homey ideal of family life.

Theirs is meant to be a playful, good-natured relationship rooted in friendship and mutual interests. So for these two, it's from the root of friendship that both love and commitment are likely to grow.

Give in to Wanderlust

The Libra woman is stimulated by her Sagittarius man's desire to wander and wonder, and she is willing to allow him the freedom to do so. Why? Because she innately knows that by giving him this freedom, she will also be giving herself the opportunity to go places and interact with people of her own choosing. The Sagittarius man is enchanted by the Libra woman's independence and her love of people and of life. Over time, this give and take allows trust to grow, and both become more willing to commit.

This couple is a perfect example of the well-known saying: "If you love someone, let them go. If they come back, they're yours. If they don't, they never were." The trick for the Sagittarius/Libra couple is to feed the friendship and keep the romance vibrant and alive. Therein lies the magic of Sagittarius and Libra compatibility.

Only Time Can Tell

It may take a long time for a Sagittarius/Libra friendship to blossom into love and then into commitment. However, should it come down to the wire, they'd probably both happily agree to just be pals. This is one of the 'best' pairings in the zodiac. Of course the whole concept of 'best' changes from person to person. If couples were only their Sun signs, relationships would be so much more cut and dried. Most of the problems that occur in a Sagittarius/Libra relationship are likely related to other factors in their personal natal charts.