A Libra woman is a friendly, flirty woman. A Capricorn man is a strong, silent man. They are certainly not perfect astrological partners, but the difference in their basic natures make them fascinating to one another and can create the sparks that can make the "honeymoon" period of their relationship long-lasting.

A Capricorn man and Libra woman both have a classy, urbane, and sophisticated demeanor. Both are appearance-conscious and want to make a good first impression. Together they can be a glossy couple that knows how to work a room.

The Lure of the Capricorn Man

A Capricorn man's strength and silence intrigues a Libra woman and gives her a burning desire to figure him out. She can see she's dealing with a self-motivated, poised, and proficient man, who's ready to grab for success in the world, knows what he wants and is not afraid to go get it, and she senses he's a man she can depend on.

The Lure of the Libra Woman

A Capricorn man is fascinated by a friendly and carefree Libra woman and knows that he's met a woman whose indefinable elegance, charm, intelligence, and poise could be an asset to his life. 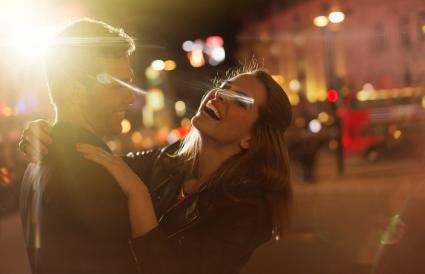 A Capricorn man is an old-fashioned, protective, and romantic guy who is drawn to everything about a feminine, sensual Libra woman. And she, in turn, is excited by and attracted to his strength and earthy sensuality. He loves being in her presence and having her on his arm and in turn, she encourages him to have more fun and become more socially involved.

When dating a Libra woman and a Capricorn man play well off one another and their time spent getting to know each other will be perfect for both. A Capricorn man will plan their time together, take her to places he loves, respect her, pick her up and take her home, hold the doors and pull out her chair. They are both naturally tactful, elegant, classy and polished sophisticates who will take pleasure in the time they spend together.

A Libra woman is excited sexually by the strength and earthy sensuality of a Capricorn man and the time they spend in bed will boost his ego in a way that makes him think he's the best thing that ever happened to her. While a shy Capricorn man will love that a Libra woman initiates making love and brings new and wonderful ideas into their lovemaking.

A Capricorn man and Libra woman both want to get married, but both are slow to commit. He knows that it takes more than great sex and social life to have a life long relationship and is careful. A Libra woman often has difficulty making up her mind about such important matters. The best aspect of their romantic relationship might be that by the time they decide to walk down the aisle they will have worked out all the kinks.

The Gift of Compromise

Challenges can be a gift in a Capricorn man and Libra woman's relationship "if" they play off one another and allow each other to do what they do best.

A Capricorn man and a Libra woman shouldn't expect to agree on everything because there's likely to be struggles and clashing agendas in their relationship. But it's the dynamic tension between the two that will keep them active and the romance alive. They have superficial compatibilities that draw them together, but they also approach the world differently. However, if they're willing to compromise and allow each other to be who they naturally are, theirs can be a dynamic partnership. The trick is to get know and respect one another's strengths and weaknesses, allow one another to do what each does best and work together.

Sun signs are vital, but using Sun signs to only to glean information about a relationship fails to give you a complete picture. Every individual's birth chart has many factors to consider. Each birth chart consists of a Sun sign, Moon sign, Rising sign, seven planets, 12 houses, and all 12 signs. Personal history is also important. An astrologer takes all of this is taken into consideration when assessing compatibility between two people. Relationship astrology, also known as synastry, involves the comparison of two astrological charts and is great for people who want to examine their relationship.