The Mutable Water sign of the zodiac, Pisces, is the astrological sign of universal love and acceptance of all. Pisces is ruled by Neptune, the planet of dreams, schemes, and magical, mystical things. Pisces are romantic dreamers and escape artists. A Pisces-Pisces relationship can bring out both the best and the worst of Pisces.

When a Pisces man and Pisces woman meet, it's the magic "Disney" moment they've longed for. They are the happy prince and princess lost in a make-believe wonderland. Rose-colored glasses are the stock in trade of a Pisces. They see what they want to see, sometimes to their sorrow. A Pisces-Pisces love affair is magic until it's not.

A Pisces Couple at Their Best

Two Pisces in love are kindred spirits. When they come together, it's the merging of two caring, gentle, sensitive, selfless, and empathetic individuals who only see the best in each other and will shower each other with affection and unconditional love. Theirs is a highly imaginative, fairy tale romance. They share a love of beauty, music, and peace. They are willing to overlook each other's faults and shortcomings and seldom argue. Each understands the other's need for quiet solitude, and neither gets caught up in earthbound issues like money and status, etc.

A Pisces Couple at their Worst

Pisces-Pisces deal with the same problems. Both are incredibly empathic and almost can't stop themselves from taking on the feelings of others. A Pisces couple can lift each other up or drag each other down. When one is down, they both can become depressed, lethargic, and complacent. A Pisces couple drifts and dreams, and as a couple, they tend to avoid dealing with their problems, which means they can simply slip away from each other. 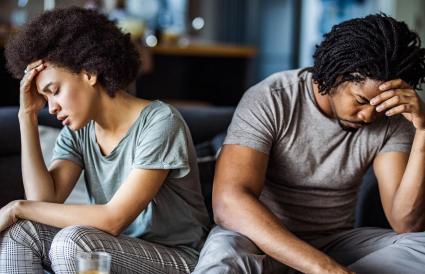 One Pisces is a seductive and romantic date. So, when one Pisces dates another, you have double the seduction and romance. When dating, they'll shower each other with gifts and affection. They'll talk, share their dreams, and be emotionally open to each other. They'll intuitively know each other's every need. Their connection can be so heavenly that it won't be long before they become lovers.

Though both will have trouble making the first move, when and if it does happen, it's magic. Sex can be the glue that holds two Pisces together. Romance, love, and sex are all one for a Pisces and they consider sex a divine gift from above. Both are sensitive, sensual, receptive, tender, imaginative, and extremely emotional lovers who excel at giving and receiving pleasure. This means when two Pisces make love, they enter their own ethereal wonderland, and sex is the otherworldly experience that their Pisces Suns crave.

A fully committed Pisces is a rare thing. So two Pisces might have difficulty with the amount of commitment that's needed in a marriage. However, if they do take a leap of faith and get married, neither has an aptitude for dealing with mundane day-to-day existence. It will most likely be necessary for them to find some way to manage the practical aspects of married life.

Pisces and Pisces As Friends

Pisces and Pisces friends can be like twins separated at birth who are psychically attuned to one another. At their best, they will both unconditionally accept one another, enjoy and are interested in the same things, and they are also mutually caring, sympathetic, and supportive of one another. Two Pisces individuals can be life long fun friends, but they are likely to slip in, out, and back into each other's lives. 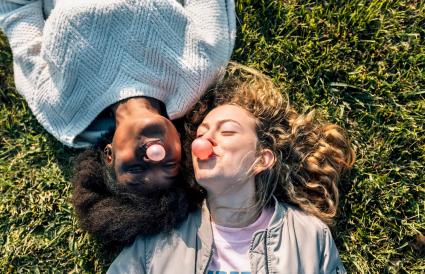 The Sun and Compatibility

In Sync, but Different

Two Pisces are in sync, but different individuals related to their entire birth chart. Thankfully, everyone with a Pisces Sun is more than their Sun, or two Pisces would just slip away from each other in a hazy pink foggy mist. Still, it's the Pisces Sun that's their guiding light, and a Pisces-Pisces relationship will be magical for as long as it lasts.