In terms of compatibility, a Pisces man and Cancer woman is one of those rare perfect love matches. A Pisces man and a Cancer woman are emotionally, psychically, spiritually, and intimately attuned to one another. Theirs is a soulmate bond that transcends the physical. They are on the same wavelength, the strengths of one strengthens the other, and the harmony between them is so peaceful and flows so well this relationship can last a lifetime.

Pisces is the mutable water sign. It's the zodiac sign of smoke, mirrors, dreams, schemes, illusions, and mystical, magical things. A Pisces man is the gentlest, sweetest, most romantic, caring, and giving person it the world. He's an enchanter who's an emotional and physical shapeshifter, and a go-with-the-flow sort of guy who's open-minded and can quickly take on the perspective of any woman with whom he's involved.

He May Be Difficult to Tie Down

He's a highly imaginative, adaptive, and intuitive man, but also slippery and hard to tie down. He's a man who needs freedom to move about, so the tighter a woman hangs on, the slicker he'll get and harder he'll be to hold. What he wants most in a female is someone he can connect with in a deeply meaningful way. And when he finds her, he's got a lot of love to give.

A Cancer Woman Is His Ideal Mate

Though a Pisces man is so malleable he could be compatible with many women, there are women he's more in tune with than others, and a Cancer woman is better than all the rest.

Cancer is the cardinal water sign. It's the sign of home, family, and family traditions. A Cancer woman is an active caregiver who's sensitive, shy, moody, sympathetic, and highly emotional. She's an intelligent, affectionate, and sensual soul with an empathetic heart.

Her reigning need is a secure and stable life, so she's selective and cautious in choosing a partner. However, once she feels secure in a man's love for her, she sticks like glue and can easily sidestep any difficulties and avoid confrontations.

When in a relationship, a Cancer woman is yielding and soft, but surprisingly tough, tenacious, and ambitious. She's known for her kindness and gentleness. She's easily hurt and is prone to crying and brooding, but she can change on a dime and laugh just as easily. She's empathetic, intuitive, and an affectionate, faithful, and romantic partner to the man who can win her love.

Her Needs in a Relationship

A Cancer woman has a huge heart and a lot of love to shower on the right man, and the right man for her is one who's caring, romantic, and affectionate enough to make her feel she's special and secure in his love.

The Crab and the Fish Are Better Together

A Cancer woman and a Pisces man play off one another perfectly. She initiates and is perfectly willing to gently take the lead in many aspects of the relationship. He's flexible, easygoing, and provides the emotional support, understanding, and affection she needs to feel secure. 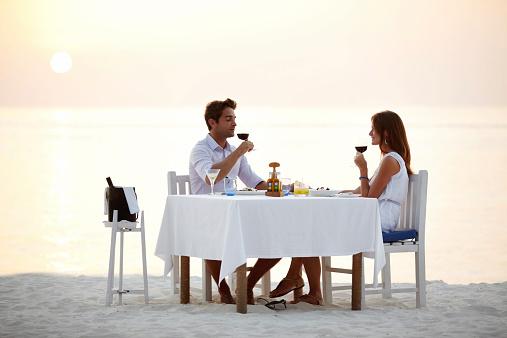 She has the natural ability to give direction to his "go with whatever" life while he, in turn, can fill her with hope and teach her to have patience and trust the process. Both have the ability to absorb the moods and emotions of the other, which ensures they will always be in tune with one another. Best of all, both:

Theirs is a beautiful partnership that is sweet, tender, and romantic. It's an intuitive, caring, and affectionate match that will be a romance from the beginning. These two will provide each other with the sensitivity, tenderness, compassion, and stability they both need.

A Pisces man and a Cancer woman are likely to be better lovers than friends. Why? Because it's the act of becoming one with the other that seals their emotional connection and allows these two sensitive souls to escape the harsh realities of the world.

Small gestures of love are extended foreplay for these two sensual and romantic individuals. Their intimacy doesn't begin the bed. It begins in everyday life with little love notes, gentle touches, cuddles and kisses, a romantic dinner, candles in the bedroom, bathing together, and basking in their love for one another.

As you can imagine with all this as a prelude, their intimate love life it will have an almost magical aura that connects them in a way few can understand.

A Cancer woman has marriage, home, and family etched into her heart, and you can't describe a Pisces man without mentioning he is not necessarily monogamous, or how quickly and mysteriously he can slip into and out of relationships. However, when these two get together, Cancer takes the lead so you can bet the subject of marriage and family will be on the table from the beginning. 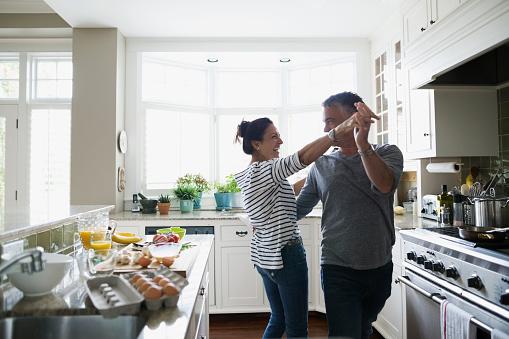 The good news for them is that by her very nature, a Cancer woman can awaken a Pisces man to the shared sense of security a marriage can bring. When guided, supported, and inspired by her loving nature, as well as her strength and tenacity, he replaces his roaming eyes and imaginative daydreams of what could be and pushes the limits of his creative imagination into doing whatever it takes to make a secure and steady home for his family. Very often, the most successful Pisces men are married Pisces men.

Drawbacks of the Pisces-Cancer Relationship

A Pisces man and a Cancer woman are both introverts who are prone to isolate themselves. When two introverts are connected on the emotionally deep level these two are, they are prone to shutting the door on the world and holing up together. Their tendency to soak up each other's emotions and isolate themselves highlights the importance of both individual and mutual friends, as well as family. They need these bonds not only to prevent them from blowing their emotionally unstable times out of proportion and give them a reality check, but also to have someone other than each other on whom to focus.

A Cancer woman will give a Pisces man the loving support and encouragement he needs, and he'll give her the loving security she craves. Their chemistry is magical, and once they have found one another, their shared mission in life is to make each other happy. As far as Sun sign compatibility goes, this relationship is a win-win for both. However, if you're interested in knowing exactly what other dynamics are it work in a Pisces/Cancer relationship, you'll have to look deeper.