All Cancer men are a bit different, but all are self-protective and not quick to commit to any committed relationship, so when there's a breakup, he'll be even more gun shy. However, whether you can win him back depends on his complete horoscope and on how badly this emotionally sensitive man was hurt.

Be Willing to Make the First Step

Regardless of who broke the relationship off, take the first step and tell him you're sorry.

A Cancer man might forgive, but he'll never forget. So, don't be surprised or get upset if, even after your apology, he shuts you out and doesn't respond to your calls or texts. If you've broken a Cancer man's heart, it will take time to heal, and he could even hold a grudge that lasts forever.

Reestablish a Friendship With Him 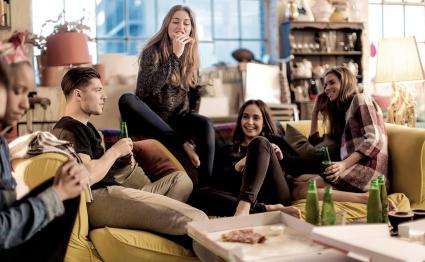 A Cancer man is a sentimental guy, and platonic love and friendships are important to him. Regardless of who or what caused the breakup, he'll always have a soft spot in his heart for you. To reestablish a friendship with a Cancer man, consider what attracted him to you in the first place and if he begins to slip back into a friendship mode, you're making progress.

As a friend, you'll be able to:

Just keep in mind a Cancer man's keen sense of intuition means he'll quickly pick up on your intentions. So, if your only goal is to be a couple again and you can't just be his friend, don't make an effort. He'll know and is likely to cut and run pretty quickly.

Some Dos and Don'ts

The biggest "do" is to get your act together, go on with your life, and don't sit around moping for a man that may never be available to you for more than just a friend.

To win his trust:

Most of all, keep your eyes out for signs of affection. If he shows affection toward you, be affectionate in return. Tell him you're longing for the two of you to be a couple once again, then back off and give him time.

Before a Cancer man feels comfortable opening his heart to you again, he must trust you enough to feel safe and secure. There are no quick fixes or guarantees. However, if you want a Cancer man back, you'll have to be patient, determined, and also willing to accept it might never happen.

Every Cancer Man Is Different

Cancer men are so much more than only their astrological sun sign. A professional astrologer looks at a myriad of things including the signs of ascendant, the Moon, and all of the planets and houses, as well as the planetary aspects. As unforgiving as a generic Cancer man can be, yours might be different. So, if you care for him enough to make an effort, go for it!

0
Comments
© 2006-2020 LoveToKnow, Corp., except where otherwise noted. All Rights Reserved.
Resources, Advice & Tips for COVID-19
Read More
How to Get a Cancer Man Back