Compatibility is the seemingly magical, astrological connection that everyone is searching for in their relationships. When you interact with another person, the individual energies of your natal chart form unique relationships with the energy in the other person's chart. The resulting interplay is as complex and unique as your own personality. Synastry, the comparison of two charts, is the method astrologers use to predict compatibility.

Synastry involves a comparison of two charts. The connections made from the planets and angles in both charts is the basis on which the analysis of the couple's potential is developed. Synastry is used in popular Sun sign compatibility, but what an astrologer does is much more detailed and precise. It encompasses the exact sign degree of the Ascendant, Sun, Moon, and all the planets, as well as the houses in both birth charts.

Which Parts of a Chart Predict Relationship Compatibility?

Although every part of a birth chart comes into play in your intimate relationship, some specific planets and angles are compared to determine compatibility. These are the Sun, Moon, Mercury, Venus, Mars, the Ascendant/Descendant axis, and the lunar nodes.

The Sun: Do We Validate Each Another?

The Sun, your life force and creative core, must be engaged in a relationship if it is to thrive and allow each individual to feel whole and connected. However, for the Sun to be involved in a relationship, there doesn't need to be any close introspect between the two Suns. But, in one way or another, each person's basic solar needs must be validated, recognized, and acknowledged. It's the quality of your Sun signs that needs to be met.

An individual with an assertive Aries Sun is considered compatible with those whose Suns are in Air or Fires signs but can also be compatible with individuals who have Mars, Aries' ruling planet, conjunct their Sun. Or with someone who has the Sun in their first house, the house ruled by Aries. Any of these represents an individual who is highly vitalized, vigorous, forceful, and assertive.

The Moon: Do We Feel at Home With One Another?

The Moon should be involved in your close relationships because it represents the feeling and instinctive side of your nature. If the Moon is not involved, there can be no intimacy. Lunar connections make you feel at home and comfortable with your partner. If the Moon is not sufficiently involved, there can be a lack of emotional security, and the relationship will not feel safe and nurturing. As with the Sun, the Moon is also about the quality of emotions.

An individual with an optimistic, freedom-loving Sagittarius Moon will find they are emotionally comparable with someone whose Moon in an Air or Fire sign but are also compatible with a person who has Jupiter, ruler of Sagittarius, conjunct their Moon. Or a person whose Moon is in the ninth house, the house ruled Sagittarius. Any of these represents a person who is good-natured, optimistic and lacks subtlety in emotional expression. 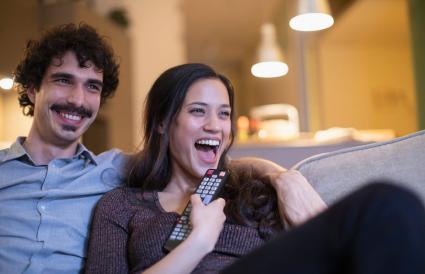 Mercury: Do We Speak the Same Language?

Mercury is often underrated when considering relationship compatibility. Mercury reveals how you communicate, and communication plays an essential role in relationships. Without Mercury connections, you can find it difficult to put across who you are and what you want. You're likely to feel that the things you say that are really important to you are not being grasped by your partner. Mercury connections provide a common ground, an affinity in the mode of thought, as well as the ability to understand each other's primary concerns and enjoy shared interests. But as with the Sun and Moon, it's the quality of Mercury that's important.

Venus and Mars: What and How Do You Love?

When Venus and Mars are connected in a couple's Synastry, it's an extraordinarily powerful connection that can spark almost instant love and sexual attraction. An easy connection (conjunction, sextile, or trine) is the very best sign of a loving and sexually fulfilling relationship, But when Venus and Mars are conjunct, it almost guarantees a magnetic sexual attraction between the two people

Venus: What Delights and Gives You Pleasure

Venus defines what and who you love, the value you put on a person or thing, and what you are prepared to give. The sign of your Venus will tell you, more precisely than your Sun, Moon, or Ascendant sign, what you're are looking for in a relationship.

Mars: How do You Express Your Passion?

Your Mars sign shows how you express your passion, what kindles your desire nature, and how you go after what you want. The sign placement of your Mars will tell you, more than anything else, what you're looking for in the bedroom.

Venus and Mars in Compatibility

Astrologers often look first to aspects made by Venus and Mars in determining compatibility. The closer the aspect "orb," the more significant the connection. 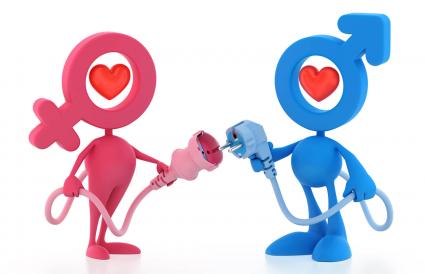 Having the Sun, Moon, Mercury, Venus, or Mars in a harmonious intraspect with the Ascending and Descending sign and degree is important for there to be an initial shared attraction. When the rulers of the Ascendant or Descendant angles are involved with one another, there's often a strong, immediate tie that compels a partnership.

The Sun, Moon, and Ascendant are called your astrological signature. When any of these are in a partner's first or seventh houses, you feel a connection. These placements are often present in the synastry charts of committed couples as well as in the charts of long-term friends.

Will the Relationship Last?

"Fated to be" connections are usually considered being "ties that bind." However, no connection, regardless of how fated or sweet, can guarantee love or how long a relationship will last. An astrologer can look to your Secondary Progressions and transits for clues about longevity and then project those into the future for clues about when issues may crop up that could blow a couple apart. But in the end, how long a relationship lasts depends on the willingness of both individuals are to work on issues as they arise.

Relationship compatibility can help you find similar traits in your partner. Still, Astrological compatibility isn't everything, and it's not the only thing that makes a relationship successful or long-lasting. Relationships require commitment, dedication, and love from both the partners and these can't be determined by astrology alone. Many seemingly incompatible individuals fall in love and go on to have exciting and long-lasting relationships.