A refined, luxury loving, artsy, easily hurt, commitment-oriented gay Libra man matched with a brash, commitment shy, adventure seeking, sports loving, rough and tumble gay Sagittarius man is a strange mix. However, it seems to work because of their ruling planets, Venus and Jupiter. There's tons of positive energy here, sexual and otherwise, and it's the kind of thing that can make this coupling easy and fun for both. 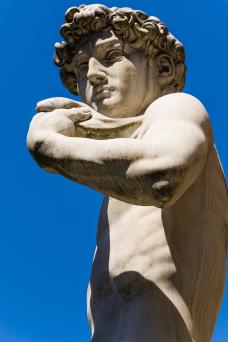 Librans are worrywarts and being or feeling alone is the most horrible thing they can imagine. They need other people, want to be liked and respected, and their natural aversion to conflict leads them to avoid any sort of ugliness or unpleasantness.

When young, a gay Libra man might have been overly sensitive about or in denial of his sexual orientation. Overcompensation was his way of dealing with this. As a result, he refined and perfected himself as a man and worked hard to improve his innate people pleasing skills. As an adult, the gay Libra man is almost sure to have become a much better-than-average Libra charmer.

The Libra man is witty, funny, never shy, and most often handsome, impeccably dressed, and very physically fit. He's like Michelangelo's David - amagnificent projection of man at his best, vigorously healthy, beautiful, rational, and competent. The gay Libra man can attract the attention of a multitude of friends. However, romantic liaisons are his forte.

He craves one true love that will last a lifetime. Yet, despite his craving for a lasting and stable relationship, the Libra man has little sales resistance and can be gullible. Add that to that his ability to attract and his flirty, vivacious nature, and it's almost a sure thing he's had many romantic relationships. Still, he's loyal and committed to the one he's with at the moment. Gay or straight, a Libra man has the tendency to be a serial monogamist. So, whether it's a five-week fling or a three-year affair, these guys expect some sort of commitment.

A gay Libra man is complex and full of contradictions.

However, all of this does create a unique and powerful counterpoint to Libra's otherwise dispassionate nature and is likely to make him even more attractive to guys who appreciate contrast and complexity in a partner.

What the Gay Libra Man Looks for in a Partner

Many will apply, and Libra will weigh all potentials. However, his standards are high, and few will qualify as a romantic partner.

He's drawn to men who are:

As a sexual partner, the gay Libra man is gifted. He's always empathetic and attentive to his partner's needs. He can easily be wild and seductive or cuddly and subservient. He has a desire to please, and his motto in bed is "anything goes." 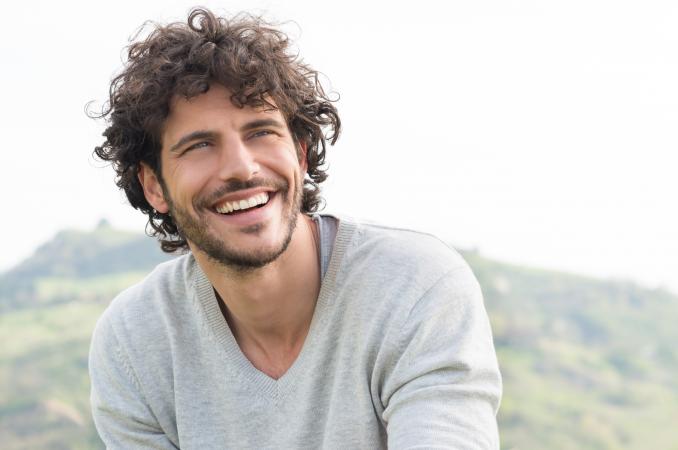 Even when young, the gay Sagittarius man was not conservative in his ideals. He was always positive, confident, open, and was not likely to have hidden his sexual orientation. He was a happy, optimistic kid: the naughty and funny kid that everyone seemed to like and accept. Early on, he figured out that just being who he was gave him the ability to slide through life. As an adult, none of that has changed

The gay Sagittarian man is the most adventurous man in the gay community and perhaps the most insufferable, charming, and naughty boy a guy could hope to meet. Nothing embarrasses him, and he's likely to say or do anything. However, he's funny, agreeable, broad minded, and tremendously lucky. He's a man who believes in living life, and he's very in the know, which is probably why he presents such a hip presence and is on the cutting edge of every trend that rolls around.

His positive and confident attitude and his relaxed, devil-may-care style make him a guy who's much in demand. He can befriend everyone at the bar and is often a better friend than lover.

He has a restless spirit that needs change and variety, and he's sometimes morally slippery. Though this makes him the perfect candidate for an intense, rough-and-ready hook-up, commitment can be a problem. Younger Sagittarians are likely to be a no-go for long-term love, but the Sagittarius man who's sewn his wild oats already and is given a little space and understanding can be a fun and loving long-term partner for the right man.

What the Gay Sagittarius Man Looks for in a Partner

The Sagittarian man is not as interested in a committed relationship as a Libra man. Having fun is probably his biggest single requirement in a partner. If he enjoys a man's company, the man is halfway there. Good sex takes care of the other half.

However, for something more long-term, he would also want a man who is:

As a sexual partner, he's highly physical, open, direct, bold, and passionate. He's spontaneous, talkative, exploratory, never afraid to try something new or different, and wants to have fun. He likes his sexual encounters to be spicy and wants his sex partner to take him to exotic places he's never been before.

The Perfect Balance of Intimacy and Independence

Libra is ruled by Venus and Sagittarius by Jupiter. When Libra and Sagittarius meet, it brings together the two benefic planets. This is a romantic coupling that has a strong need for growth, good humor, fun, and a very active social life.

As a couple, Libra and Sagittarius bring out the best in each other. Both are intelligent, politically astute, and have a social conscience. Much of their time together will be spent out and about, engaging as many people as possible and participating in all the social activities they both love.

Venus working together with Jupiter gives enough romance, sexual desire, and tenderness to this relationship that it just might have a fairy tale ending. However, even if the romantic relationship should end, it will have brought both joy and happiness while it lasted, and most likely a friend for life.

Yes, sex is a very big deal for this couple, but not just run-of- mill sex. Their time in bed will be fun, playful, and exciting. They'll be experimental, try a lot of things, and all they do will be followed by a smile and a sense of lightness.

Few Bumps Along the Road

Libra is a gentle and sensitive sign, and he can be hurt by Sagittarian's tell it like it is bluntness and lack of tact. Ever restless and on the go, Sagittarius can become impatient with Libra, who takes forever to make up his mind. Certainly, jealousy raising its ugly head in this relationship could be the kiss of death.

However, thanks in large part to their ruling planets, Venus and Jupiter, this relationship has a freshness and zest about it that helps to overcome almost any difficulty. Of course, that doesn't mean all of this comes easily, but it does help that the primary focus of their relationship is to make one another happy in every way.

While the Sun is a good place to start, it's really just the beginning. Astrologers also look at the moon sign, the rising sign, as well as Venus and Mars placements, and most consider them just as important.

Add that to the subtle influences of the Twelve Houses, the planetary aspects between the two charts, and other non-celestial factors not revealed in the chart, such as cultural background, family history, gender, up-bringing, and sexual orientation, it becomes quickly apparent that Sun sign compatibility alone can't easily predict the outcome of a relationship.

Hanging Out or Making Out

The gay Libra man and the gay Sagittarius man have a natural affinity for one another, and there's an ease about their relationship that can kindle the fires of love. Neither Libra nor Sagittarius likes stagnancy or the feeling that anything in their life has become dull, and the hot stuff between them can keep their life together interesting and each on his toes. However, their immediate attraction can easily translate itself to a love relationship with few issues or into an enduring friendship. It's really up to to the couple to decide if they're better suited for hanging out or making out.