A smart, charming Libra woman and a dreamy, mysterious Pisces man don't seem like the most natural combination in the zodiac. Cardinal air Libra and mutable water Pisces are very different, yet they share many traits. If they adapt to their differences, they can love one another very well and may even be soulmates.

Libra Is in Love With Love

When it comes to love, no one approaches with the same commitment and intention as a Libra. Ruled by Venus, the Goddess of Love, a Libra woman wears her romantic heart on her sleeve, seeking the perfect soulmate with every beat of her heart. Until she finds him, she is unfinished, not real to herself, a mere reflection. Ultimately, though, any love she finds "out there" can only serve as a prosthetic for the hole in her own heart.

How a Libra Woman's Need for Love

Libra often directs her need for love toward social justice, fighting for fairness, and equality. She loves beauty and harmony. Although it's hard for her to know without the mirror of another's admiration, she's beautiful inside and out.

Her famous vanity is born of insecurity. She depends on her beloved to let her know she's beautiful and lovable. When she's insecure, she tends to play mind games with her mate and test his love, often to the detriment of the relationship. Her growth depends on her ability to embrace her solar opposite, Aries, stand up for herself, and put her own needs first (at least sometimes).

Pisces, One With Everything

No one is happier alone than the Pisces man. He needs a lot of time by himself to separate his own perceptions and feelings from those of others. Highly sensitive to emotions, the Neptune-ruled Pisces man escapes whenever life becomes 'too much.' It's helpful for him to develop a meditation practice to find a balance in himself with the vast, overwhelming universe, which feels like part of himself.

The immature Pisces man seeks oblivion through substance abuse or other addictions. A Pisces may be drawn to social media because it helps him feel connected without having to be around people, or he may be repelled by the soullessness of modern technology.

His strongest need is to let go periodically and be mindless for a while, whether through meditation, solitary walks, or television. His growth depends on embracing his solar opposite, Virgo. Ultimately, he must come to his senses, take care of his health and body and center himself in the world. 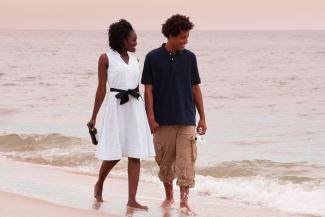 Libra and Pisces Are Both Romantics

Though their approaches could not be more different, Libra and Pisces are both romantics who do share common qualities.

A Pisces man lives in a romantic, hazy dream world in which reality mysteriously ebbs and flows. He's empathetic, can get caught up in the emotions of others, and is unable to separate himself from the emotional currents that surround him.

A Libra Woman perceives the emotions of others as if they were music. Disharmonious energies and conflict jangle on her sensitivities and distress her, but, unlike a Pisces man, she knows exactly where they come from. She can intellectually discern and judge the balance and truth of any situation.

Their romantic heart is where they meet; she loves his sensitivity and attunement while he appreciates her tact and care for the needs of others. Both are sensitive, tuned to others' needs and feelings, and complement one another well.

Adapting to One Another

Because they are both so skilled at sensing the feelings others, they easily adapt to their different styles. Getting along with one another is not a problem, for they'll both bend over backward, to accede to the other's wishes and needs.

Where They Run Into Problems

Neither is good at making decisions. Libra is famous for her indecisive nature and prefers to play harmonizer and peacemaker. She hesitates to take the lead in any situation; she must claim her Aries gifts to gain self-determination and the ability to act decisively. Similarly, Pisces must step into his Virgo abilities to gain discrimination and make appropriate, timely choices.

Libra responds to set and setting in lovemaking. She needs to look her best with the right lighting and music to set the mood. For her, sex is a way to express love and commitment, and it can either feed her vanity or threaten her insecurity. In a moment, she might go from yes to no and back again. A more earthy and decisive man might be frustrated, but Pisces simply responds. His mutable sensitivity ensures that if she's not in the mood, then neither is he. He needs the attunement, and pretense is futile. If a Libra woman pretends to be in the mood to please him, Pisces man will wilt in response, because he can't be fooled.

At those times they are in sync, magic happens. Libra's exquisitely tuned sense of harmony combined with Pisces' surrender to oceanic flow translates into rapturous bliss! But "don't push the river," because if it's not good, it won't work at all.

So how can you ignite this pairing? 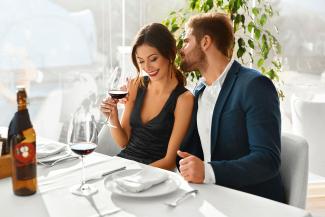 You can't possibly give her too much.

This man is a treasure, sensitive and open. Do not shame him for that!

Keeping Jealousy Out of the Relationship

Both Libra and Pisces can be a bit clingy when in love. When apart for extended periods both can become anxious and irritated and then begin behaving jealously and possessively towards the other. If or when this happens both should remember what the other needs is maximum loving attention and reassuring support from the one they love.

The Chance for Lasting Love

Of course, a couple's entire relationship synastry has a say but considering only Sun signs, when these two fall in love with one another, they can easily transcend any differences and challenges. Both place the needs of the other before their own. The problem is they both can become martyrs to love. If that happens the relationship can dissolve in a blob of codependency and martyrdom. For a Libra/Pisces relationship to thrive, each must develop a backbone and inner strength. With the power of love and a commitment to personal growth, theirs is a relationship that can last forever.