Aries and Scorpio friendships can be a powerful mix. While Aries is a cardinal fire sign, Scorpio is fixed water, and fire and water don't always mixed well. However, the challenges of this friendship duo will keep both Scorpio and Aries intrigued and interested, even if they do butt heads from time to time.

Is Friendship Between Aries and Scorpio Possible?

Aries is a natural-born leader who often heads out into the world head first, ramming his way into everything he feels matters. Scorpio is notorious for his painful sting when displeased or threatened. So it could seem that with these two dominant characteristics, Aries and Scorpio wouldn't be great in a friendship. However, first impressions can be deceiving, and these two, while both strong and dominant personalities, can be quite compatible as friends if they are willing to set celebrate their differences, highlight their similarities, and appreciate the balance each can bring to the other.

The Extrovert and the Introvert

Aries is one of the most extroverted signs of the Zodiac. Scorpio is one of the most introverted. However, the two can find common ground provided Aries is willing to understand and allow for Scorpio's well-known need for space. In fact, friendship between an introvert and extrovert can provide balance to each. Aries can bring Scorpio out of her shell, while Scorpio can ground and center Aries socially. In this way, it can be quite a successful and harmonious relationship. 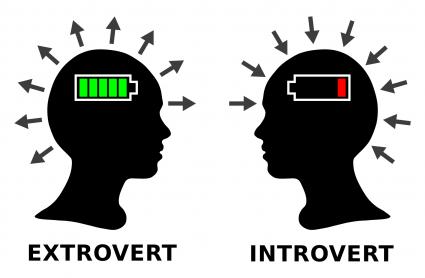 Both sun signs are well-known for their hot tempers. In fact, Aries is often cited as the sun sign that is the most hot headed (he's a fire sign, after all), but Scorpio isn't far behind. How they express their temper differs, though. Scorpio simmers until she erupts, and then she holds a grudge for - well, forever. Meanwhile, Aries flares up quickly, and her anger dissipates almost immediately. In a friendship between the two, tempers may flare, and Aries will be the one most likely to apologize and get over it. If Scorpio can learn to let things go, the two can work through their temperamental natures and establish a strong and lasting friendship, but both need to be willing to forgive and forget.

Scorpio is probably the most loyal sign of the zodiac, and Aries can be very loyal when she feels committed to something such as a friendship. So, the two can be quite loyal friends provided they are also willing to recognize and accept their differences.

Both Scorpio and Aries are ruled by Mars (and Scorpio is co-ruled by Pluto). This means both Aries and Scorpio have personality similarities that make them compatible friends. The energy of Mars is primarily yang (masculine and active), and both Aries and Scorpio are take-the-bull-by-the-horns kind of people. They value action and can often be powerful and feisty in going after what they want. This makes the duo a powerful team when working for a common purpose. However, when at cross-purposes, everyone else needs to stand back as Aries and Scorpio fiercely battle it out. Both can blow up the friendship in a moment if they can't keep their warring instincts in check.

Scorpio is extremely strategic. She thinks things through, develops a plan, and then follows it to ultimate success. As the first sign of the zodiac, Aries, on the other hand, is quite impulsive and often acts without thinking. Therefore, in friendship (and in business partnerships), Scorpio can help Aries think and act more strategically while Aries can encourage Scorpio to take more risks. Together, this makes them stronger than the sum of their parts.

Fire sign Aries leads with inspired action while water sign Scorpio leads with emotion. This mismatch is the fundamental source of incompatibility between Aries and Scorpio. Aries may feel Scorpio is trying to douse his flame, while Scorpio may be deeply uncomfortable with Aries hot headed pursuit of everything. However, when seemingly opposite elements unite as with fire and water, the result can also be balance. Scorpio can calm Aries down a little while Aries can light a fire under Scorpio. Balance is the key here. Each needs to learn to appreciate the balance the other brings to the friendship. 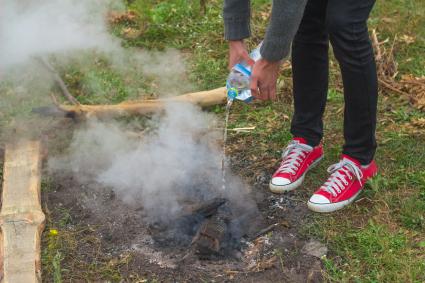 As the first fire sign, Aries is a cardinal sign. Scorpio is a fixed sign. Cardinal signs are enthusiastic, dynamic, action-oriented, and innovative. Fixed signs fall in the middle of the cycle of cardinal, fixed, and mutable, so they tend to be stable and steady. So while Aries may not always love Scorpio's more deliberate way of approaching the world, it can provide a steadying influence. Meanwhile cardinal Aries can light a fire under the sometimes slow-moving Scorpio.

As with any type of relationship compatibility, people are more than their sun signs, so each friendship between Scorpio and Aries will be unique. Other influences in each's chart will contribute to the flow and direction of those relationships. However, Scorpio and Aries can successfully be friends because they have enough similarities in their personalities to mesh well while having enough differences to provide balance and harmony. The trick is in each friend accepting that the differences exist and finding ways to learn and grow from them rather than chafe at them.