If you are considering a breakup with a Gemini man, you may want to know how he is likely to handle it. Will he be jealous, or is he the calm and reasonable sort? The answer depends on the moment and the man himself. Geminis tend to swing back and forth between perspectives, and their behavior is subject to change according to whim.

Gemini is the mutable air sign. Mutable signs are adaptable and flexible; they can change and evolve, depending on their level of personal and intellectual development. The average Gemini is confused. A mind that keeps changing does not know what it thinks or believes. On one day, a Gemini may tell his friends terrible stories about what a witch you are. The next day, he will cling and beg you to return to him. He may swing like a pendulum between jealousy and acceptance. At his worst, he can become abusive or a stalker. He seems to have no idea of his own actions, viewing himself as a calm and reasonable man.

Signs a Gemini Man Is Jealous

Jealousy is a strong emotion, and a Gemini man doesn't deal well with his emotions. They are crazy possessive of those they love. If they fear they're losing the person they love a Gemini man can be overwhelmed by jealousy. When this happens, the once fun-loving guy who didn't seem to care what you did can become a very different person. So, how does a Gemini Act when Jealous?

Gemini Men Are of Two Minds

The air element rules the flow of information within the mind and between minds. In all people, the left side of the brain processes through language, symbols and symbol systems, using linear trains of logic and reason. The right side of the brain processes spacially, emotionally and creatively, through feelings, impressions and intuitive flashes of insight. In a Gemini, the two halves of the mind are more separate than most. 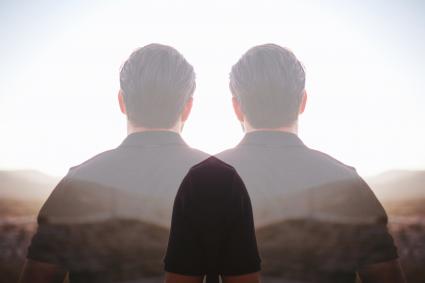 He May Be Emotionally Immature

These two sides don't play well together in Gemini and this is particularly true in men. Unless they have a strong emphasis on balancing qualities in their charts, Gemini men tend to be emotionally immature. The lack of communication between the dual sides of their natures makes them polarize to one extreme or the other. Most Geminis tend to default to their logical, rational side while some default to feeling their way through life, but all will swing to the opposite side when they are triggered, and quite a few teeter between these extremes all the time.

The air element loves to detach! He prefers to observe his emotions from a slight distance and to describe his feelings rather than to experience them. However detached he can be, half of Gemini is a welter of emotion and insecurity all the time. He doesn't usually realize it, and when he does, he tries hard not to show it. A Gemini is capable of extreme jealousy, even before you break up with him. In fact, this might be why you left him in the first place. Be certain that if he was jealous while you were together, even if he managed to hide it from you, he will be even more jealous after you break up no matter which of you initiated the split.

Gemini can detach from his emotions more effectively than any other sign. When he swings from reasonable acceptance to heated jealousy or turgid depression, it can be a shock. A Gemini man will forget what he did only yesterday, and can easily believe himself completely incapable of such behavior. There is an odd gap in him. A Gemini can swear he loves you one day, then the next, wonder out loud why he was so stupid as to get together with you at all. This crazy-making ambiguity is likely to carry on long after you break up. Gemini men are divided against themselves.

A Gemini often believes his ex to be capable of horrors because suppressed emotional energy causes him to visualize frightening and painful scenarios which he assumes are real. Once you break up with a Gemini man, you may need to get some distance from him while he goes through the pain and confusion in his mind triggered by the breakup. 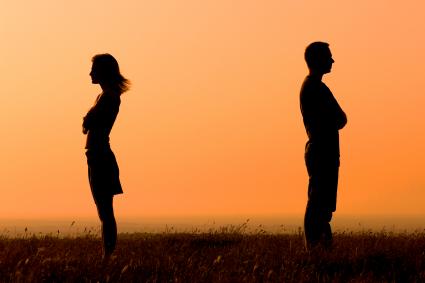 Who Broke Up With Whom?

If he ended things, he will change his mind over and over. He may want you back then reject you, drive you crazy with hope and then abandon you again. He definitely wants to leave you unless you act like you are moving on. When you date other men, he acts as if you have stabbed him in the heart. But jealous? Not him! He is far too reasonable for that according to him, but you'd never know it by his behavior. He is so good at denying what you both know he is doing that you may wonder if you are imagining things.

If You Broke Up With Him

If you broke up with him though, he may truly be shattered. A Gemini's attachments go far deeper than he realizes. He probably never knew how much he needed you until you left, and now his whole world is broken and it's all your fault. He'll get over it, but it will be hard for him. The idea of another man in your bed is horribly triggering for him. On even days he will curse and blame, and on odd days he will beg and wheedle.

Don't Give in to Guilt

Hold tight to your emotional center. Place your own needs firmly first and don't allow him to manipulate you with guilt (he is a master at that). The relationship is over; his life belongs to himself, and you are responsible only for yours. You likely wish him well and that's fine. Point him toward getting the help and support he needs, but don't try to be that help yourself.

Not all Geminis are the same. A Gemini who takes responsibility for his emotions and can cry is a gem. Crying releases emotional energy which, if suppressed, creates confusion and paranoia in the Gemini mind. Releasing this energy will allow him to learn and change rather than simply swinging between extremes. If your Gemini ex can process his emotions and do the personal work to get through the aftermath of your breakup, then you might be good friends once his jealousy has settled. 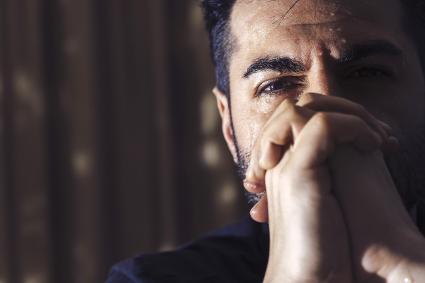 Be Safe After Your Breakup With a Gemini

If he is a typical Gemini he is the king of spin! His swift mental manoeuvering can make you so crazy you don't know which way is up. A new man in your life will trigger him into rage and jealousy. He is a champion at suppressing his emotions and hiding them even from himself, so he will have a good story on hand to explain why he is not jealous at all. But you can be sure he will be jealous at least part of the time, and when he is, he knows exactly how to hurt you.

Most Geminis are smart, friendly and good hearted, even if they do have difficulty handling their emotions. But there are stalkers, gaslighters, and abusers among Geminis, particularly those least comfortable with emotions. Be aware, be safe. Develop your support system and investigate available resources in your area in case you need help.

To get a true picture of your man and his tendencies toward jealousy, consider other aspects of his chart. This applies to anyone with a strong emphasis on this sign including Gemini Moon, ascendant, aspects to Mercury or major planets in the third house.

Moving On From a Gemini Man

Leaving a relationship with a Gemini who doesn't want to let go is not easy, but when you do it is essential to make it a clean break. If he exhibits jealous behavior that frightens you, you may need to distance yourself in ways he may spin as 'cruel and unfair' to him. You will need to be firm, as this sign is quick to take advantage of indecision or waffling. A Gemini will try to keep strings attached, obliging you to keep him happy even after the relationship is over, making his feelings your problem and responsibility. Don't listen. You have the right to move on and to make a new life for yourself.

Are Gemini Men Jealous After a Breakup?