An Aquarius woman and a Sagittarius man are both intelligent, independent, fair-minded non-conformists. When they get together, it makes for a fun and unusual relationship that's free of the typical emotional restraints. So, it's unlikely there will ever be a dull moment when these two are together. 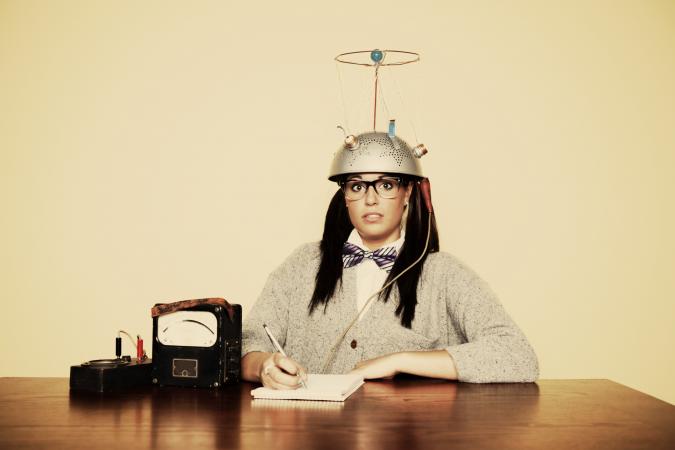 An Aquarian woman is paradoxical, eccentric and independent. Ruled by the futuristic and rebellious planet Uranus, as well as Saturn, the planet of responsibility, she's an "out of this world" but serious minded gal who's intelligent and has quirky ideas and an atypical attitude that's uniquely her own. She does what she wants, thinks what she wants, and doesn't give a flip about what others say. She's a cool, hip character everyone loves, but no one understands.

Like with everything in an Aquarian woman's life, in a romantic relationship she's brilliant, inventive, creative, and an original, but she's not particularly loving or romantic. She'll not stand for being tied down and won't surrender her independence to anyone. Nor is she the passionate type. She's a woman who watches, thinks, and tests a man before she leaps into a relationship. "Friends first" is her motto. When she does fall in love, it's because the man has passed all her tests. It's only after a man has gained her trust and offered her boundless limits that she can or will confirm her love for him. 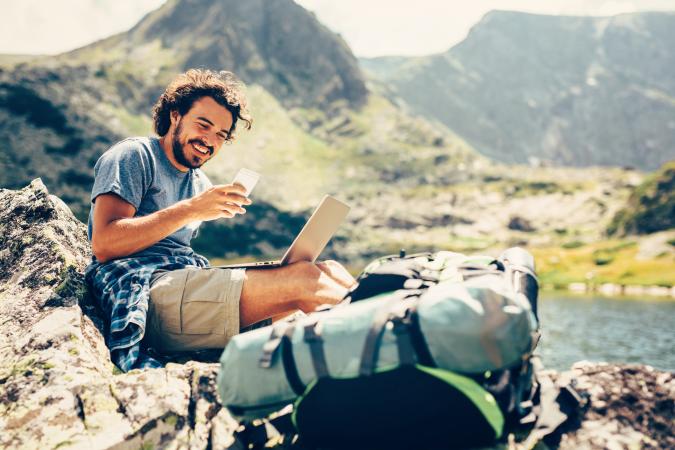 A Sagittarius man is an honest and truthful person, sometimes blatantly so. He's outspoken and doesn't sugar coat anything. Versatile and fun, he's a social animal with a great sense of humor who has many diverse friends. He enjoys anything or anyone that excites his physical, emotional, and intellectual self. Ruled by the benefic planet Jupiter, he has vitality, hope, optimism, and faith, and often appears to be the luckiest and happiest guy around.

Often referred to as the bachelor of the zodiac, a Sagittarius man is engaging, flirtatious by nature, and also quite romantic. However, he's an "easy come, easy go" sort of guy who believes in the concept of eternal youth and views romantic relationships more as an adventure in life than a commitment. "Don't tie me down" is his motto. It's not that he's a playboy, as a matter of fact, he's just a friendly guy on an eternal search for that rare free-spirited, intelligent, friendly, and enthusiastic woman who will love and trust him unconditionally and give him free reign over his life. 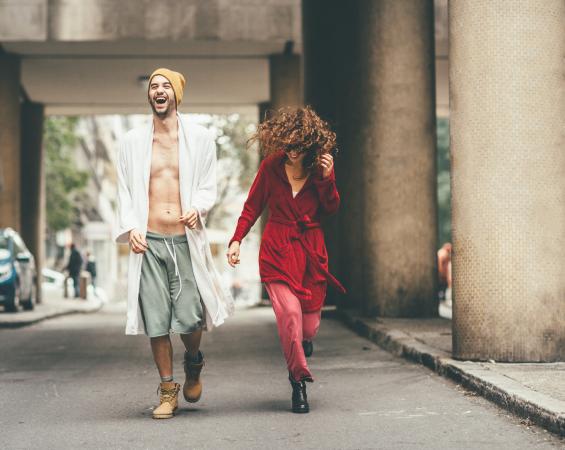 Aquarius is the fixed air sign, Sagittarius is the mutable fire sign. An Aquarian is a future-oriented abstract thinker whose ideas are firmly set. A Sagittarian is an expansive thinker who openly explores a multitude of ideas. When Aquarius and Sagittarius team up, the relationship formed will be friendly, positive, enthusiastic, intellectually adventurous, and innovative.

The Aquarian woman provides intellect and inventiveness. The Sagittarian man provides a wondering mind and a sense of adventure. When they put their heads together, they are ingenious, creative, and imaginative. Friendship and mind play are the foundations of their relationship, and its lifeblood is adventure, travel, learning, and dialogue.

Put an Aquarian and Sagittarian together, and you have an experimental pair who share many edgy qualities. What one doesn't think of, the other will so it's bound to be an exciting relationship for both.

Their sex life will be more fiery and electric than emotional. Neither is the mushy emotional type of sexual partner who enjoys cuddles, kisses, and hugs. Both prefer hard, straightforward sex filled with fun, excitement, and diversity. He considers sex an adventure; she considers sex experiential, and both are willing to try anything. Sexual exploration and experimentation is the name of the game these two play when they jump in the sack together.

Though they have much in common, the no-strings-attached intimacy that suits them both so well is also likely to be the biggest issue an Aquarian woman and a Sagittarian man face. Because their shared need for independence is so pronounced, there's an ever-present danger of giving each other so much space there is no relationship.

For this couple to become involved in a relationship, as well as for it to be lasting, they must strive to balance their need for independence with the intimacy a healthy relationship requires. Which means it will be imperative for both to give priority to the relationship and make it just as important as the need for personal independence.

The good news is an Aquarian-Sagittarian couple can survive and even thrive in a long-distance relationship, or in a relationship in which one or the other's career requires they spend lots of time apart.

In this "together, but not" sort of arrangement, their frequent phone calls, text, and email conversations about anything and everything that's on their active minds can create a psychological intimacy and closeness that's difficult for them to achieve when they're physically together. 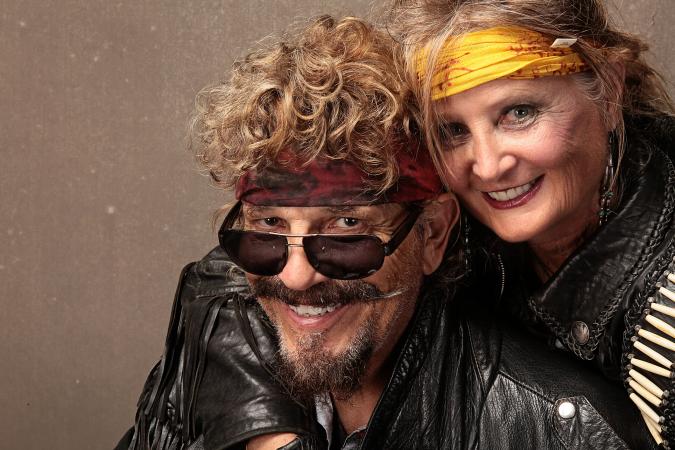 An Aquarius woman and Sagittarius man understand each other in a way others might not. Together, they are an are an interesting pair who have a lot in common. Their friendship can last forever, but long term survival of a relationship between two such freedom-loving individuals will be tricky. However, if they can find the right balance between independence and intimacy, an Aquarian and Sagittarius relationship will remain forever young and exciting.

Sun sign compatibility is fun, and you can learn a lot about the dynamics of a relationship, but the relationship between an Aquarius woman and a Sagittarius man involves much more than just their Sun signs. Sun signs alone can't easily predict what direction any relationship will take. Astrological relationship compatibility is a complicated endeavor, but if you're in a serious relationship and want to know more, there are some simple do-it-yourself tips online.