Is an Aquarian good marriage material? Well, if you're an emotional person who's possessive, controlling, and jealous, probably not. On the other hand, if you have a life and interests of your own and believe friendship is the basis for a long and happy marriage, an Aquarian could be your perfect mate. So, what's it like to be married to an Aquarian?

To understand what being married to an Aquarius could be like, it helps to know something about the astrological sign of Aquarius.

Aquarius is the masculine, universal, fixed, air sign that's associated with both Uranus, the planet of rebellion and Saturn the planet of tradition. This duel association results in some very different types of Aquarians. Some are avant-garde, some are traditionalists, some are revolutionaries, while others are simply quirky and rebellious.

However, all Aquarians are free-spirited, idealistic, intellectual, future-oriented, and stubborn, with obvious eccentricities and an unusual sense of humor. While they are intelligent, talkative, fun, have some interesting ideas and conversations with others, their motto is "live and let live," so they are essentially loners who know a lot of people but have only a few intimate friends.

Why? Aquarians have difficulty balancing intimacy and independence.

An Aquarian husband or wife can be a fascinating marriage companion and a best friend in every sense of the word.

In marriage, these qualities can be a real blessing. It means an Aquarian's husband or wife can have their own ideas, think their own thoughts, and can objectively discuss whatever's on their mind with their mate. Also, because of an Aquarian's "live and let live" nature, a spouse can have companionship, camaraderie, and even their own life without jealousy, possessiveness, or expectations. In truth, the unconditional friendship of a spouse will probably mean as much, if not more, to an Aquarian than their unconditional love.

By way of advice, the secret to a loving and lasting marriage to an Aquarian is in Kahlil Gibran's thoughts on marriage: "Let there be spaces in your togetherness, And let the winds of the heavens dance between you."

Aquarians live in a world of ideas and tend to be frightened of emotions. They can quickly detach from and repress their feelings, seeing them a weakness or something embarrassing. This doesn't mean they don't have feelings and emotions; they can be as jealous, easily hurt, and as feeling as anyone, but they find emotions illogical, foolish, and a constant irritant, and they won't let them upset their lives. You can deduce from this Aquarians are probably not the most romantic marriage partners. Almost in counterpoint to their intelligence, they are often naïve about matters of the heart.

They can fall in love and commit to lifelong love; it's just that the art of romance is a difficult concept for an Aquarian to understand.

As to sex, Aquarians are incredibly lusty, so, it's not likely sex will go AWOL from the marriage. The beauty is that sex is a gift to them that will foster emotional intimacy and free them from their heady existence. It's this most physically intimate aspect of an Aquarian's marriage that will push the pause button on their thinking and enable them to embrace their emotions.

Aquarius as a Parent

Aquarian parents often provide their children with a somewhat unconventional home life that encourages a child's independence. They aren't bound by traditional family or gender roles and have an innate understanding a young person's need to experiment with things like green hair dye, piercings, new and interesting clothing styles, and an eclectic variety of friends and acquaintances.

Aquarius parents teach their children to be open-minded and curious about life and about people from all walks of life, and the fixed nature of Aquarius provides a steady foundation for this sort of anything-goes upbringing. 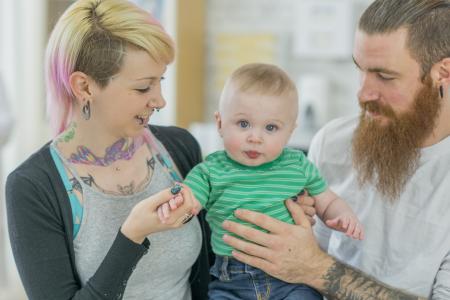 Their main difficulty as parents, like in most of their relationships, could be learning to open up to their kids emotionally and not withdrawing from them when they're emotionally needy or upset.

Everything that's written above about an Aquarius spouse is more pronounced in an Aquarius man. Most boys hear the repeated messages growing up such as; "Boys don't cry!" and "Be Tough!" etc. This sort of gender messaging serves to reinforce or even exaggerate an Aquarian man's innate tendency to intellectualize, set himself apart, and detach from and repress his emotions.

He's Out of Touch With His Feelings

Because of this, there's probably no husband more infuriatingly out of touch with his or his wife's emotions and feelings than an Aquarius man.

Most girls get gender messages also, which make some Aquarian women feel awkward, confused, uncomfortable, and lacking because of their femaleness. Some consider being a woman a weakness and their emotionalism a liability and have as much difficulty as Aquarian man in expressing their feelings.

On the other hand, for others, the messages they received growing up have mitigated some of their innate Aquarian coldness and softened its rigidity, which has resulted in women who are gifted thinkers that possess superior emotional intelligence.

She Needs to Be Involved

However, no matter how intellectual, aloof or emotionally intelligent an Aquarian wife is she's likely to find that home, husband, and family are overly confining, insufficient for exercising her intellectual abilities and don't fulfill her need for group or cause involvement.

An Aquarius Woman Has Interests Outside Home and Marriage

Most Aquarian wives will have careers and interests that are independent of their husband's. However, even is she's a stay at home wife and mother, she won't be staying at home. She'll be involved in one cause or another, even if it only concerns the neighborhood or the school her kids attend.

What an Aquarian Needs in a Life Partner

All Aquarians - men and women - need a strong, self-assured, and independent mate.

However, most of all, Aquarians need a spouse who has enough heart and passion to help them overcome their reluctance to engage emotionally. 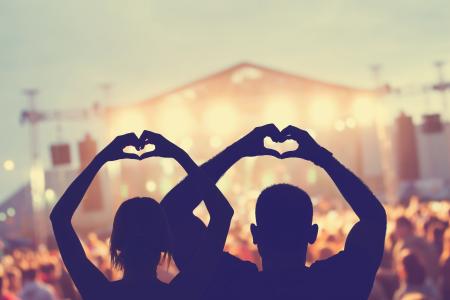 Have you ever noticed relationships often seem to have a life of their own, that something different comes into being between two people in a relationship that makes each act in ways that are unique to that particular coupling? It's commonly called "chemistry." Marriage is the merging of the lives of two individuals, and the best astrological way to find out what it be like if you were married to Aquarian is to merge your horoscope with theirs. Astrologers call this a composite chart.