An Aquarius man in love with an Aries woman can be a beautiful thing. You might say Aquarius was made for love, the universal sort that is. Aquarians can love all of humanity, but they have a hard time with individuals! How does it work out when a captivating and articulate, but also confusing Aquarius man loves a self-willed, fiery Aries woman?

Aquarius Is an Idealist

You'll never find a friendlier, more charming guy than an Aquarius man. The ideals of universal love, freedom, and equality inspire him. As the fixed air sign of the zodiac, this man exhibits more "Ah-ha!" moments than any other signature in astrology. His key phrase is "I know" and he does, but what he knows is his ideal. For him, ideals trump the real every time and he hates to have his ideals punctured. His ideal love, however, is one where the woman he loves has her life and he has his, then there's the time they spend together.

To call an Aries woman self-centered isn't an insult. Her key phrase is "I am." She is centered in herself and she sees nothing wrong with that. She has the arrogant self-regard of a healthy child who expects to be loved just as she is. A typical Aries woman does not need to be pampered or placed on a pedestal. She's going to do exactly what she feels like doing when she feels like doing it. Still, an Aries woman enjoys being loved and is hugely loving, but she wants to be loved for exactly who she is - mistakes, flaws and all. When she has her freedom to be and can love authentically and impulsively, she's happy.

An Aquarius/Aries Relationship Is Never Boring

When two such freedom-loving, independent, and dynamic individuals hook up, their life together will never be boring. This is a rebellious couple with a similar offbeat sense of humor, which allows them to have some hilarious conversations as they poke fun at life's absurdities. Both are experimental, addicted to novelty, and are "all in" for places and people who are new and edgy. Their mutual desire for these experiences can lead to wild times, both in and out of the bedroom. 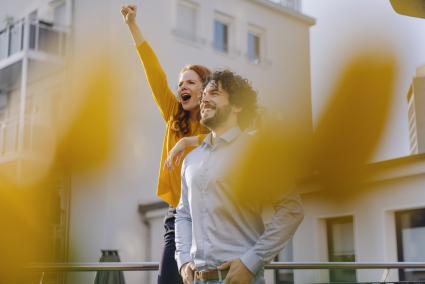 How to Interest an Aries Woman

An Aries woman is likely to be fascinated and challenged by an Aquarian man's friendly but cool and detached "take it or leave it" demeanor. So if an Aquarian man is interested all he need do is to be himself and be avaliable then let her take the lead and do the chasing. Rule of thumb, always let an Aries woman make the first move.

How to Love an Aries Woman

How to Love an Aquarius Man

Loving an Aquarian man means being his friend and giving and taking absolute freedom. This is not to say that an Aquarius man requires an open relationship, but that he simply needs his own space and freedom of movement He's quite happy to share his life with a smart, self-reliant partner who supports his need for autonomy.

For an Aquarius man, it's friends first, last, and always. So, if an Aries woman doesn't return his feelings his heart may be broken, but he won't demean himself with begging or drama. He isn't the sort to surrender a friendship over a failed attempt at a love affair. If an Aquarian man loves you, he'll be your best friend and stick with you through thick and thin, even if you reject or have ended a romantic relationship with him.

Aquarian and Aries Sex Is Hot

Air and fire are a hot combination in bed. While an Aquarius is one of the least sexually driven Sun signs, an Aquarius man he will find his passions stoked by his Aries love. She's passionate, as befits a fire sign, and is highly receptive to intimate lovemaking, plus she's as experimental as he. Practicing tantra could be very beneficial in their sexual relationship. 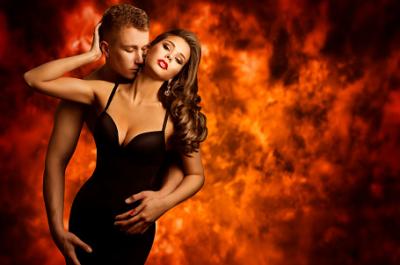 Air and Fire Are Combustible

While compatible, fixed air and cardinal fire can be a volatile combination. Air and fire together are explosive! Depending on other factors unique to each individual, such as Moon and Rising signs, an Aries woman and an Aquarius man can be a stimulating and evolving combination or they can be mutually destructive. If the relationship lasts long at all, it has a good chance of lasting forever. If it's doomed to end, that will happen early on. However, when an Aquarius/Aries relationship works it's amazing!

This combination, at its best, can be enlivening for both and last forever. The key is that they need time apart and acceptance of their differences. An Aries woman needs space to be herself and craves independent pursuits. An Aquarian man is a group-minded individual who thrives on community activities and working together with like-minded spirits. Aquarius and Aries can do wonderfully together, and once they become accustomed to one another's needs and accept the other's unique gifts, they can be both best friends and powerful soulmates. Theirs can be a love that expands without limit and grows stronger with the years.