Aquarians are unconventional, progressive, innovative thinkers, and rule-breakers. A partnership isn't just an interpersonal relationship to them, it's a social statement. These out of the box individuals want friends and lovers who are genuinely out of this world. When an Aquarius woman and an Aquarius man fall in love, they make an unconventional and electrifying couple.

Aquarius, the Fixed Air Sign of the zodiac, is ruled by the rebel planet Uranus. When two individuals with Aquarius Suns meet, something like a mind meld happens. They have the same traits when in comes to what makes them feel happy and alive and when they fall in love; they synchronize even more. Two Aquarians understand each other's intellectual, quirky, and rebellious ways. Together create an incredibly stimulating relationship.

Their time together will be unconventional. Aquarians are popular, eccentric, and loved by many. This means when two Aquarians travel together, their combined social circles can create quite a large congregation of diverse people. It's their shared futuristic ideas and their shared sense of purpose that meld them together.

An Aquarius/Aquarius love match is not particularly romantic. Theirs is a love affair of like-minded best friends, who might take a robot-making workshop together or march hand in hand for a common cause. Of course, marrying a best friend isn't such a bad idea for an Aquarian. The best part of an Aquarian/Aquarian relationship for an Aquarian is that while they care deeply for each other and are loyal, each allows the other the freedom to have own friends and personal time without a trace of possessiveness. 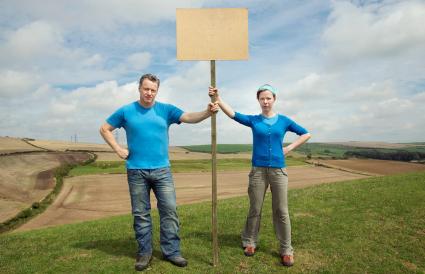 Aquarians tend to intellectualize sex, so it's all about psychological thrills for an Aquarian couple. An Aquarian and Aquarian's sexual encounter is full of experimentation, and there's no hesitation in fulfilling each other's fantasies. Nothing is taboo, there will be no inhibitions, and no emotional hangovers. Aquarians are the original friends with benefits couple.

Marriage between two Aquarians can be challenging. Marriage usually involves the merging of two individuals living together and sharing a routine. The traditional mundane life is something most Aquarians find repulsive. The happiest Aquarian marriages are those in which each has the freedom to have their own life. Note: Once committed, an Aquarian is very loyal, so this does not mean two Aquarians would have an open marriage. 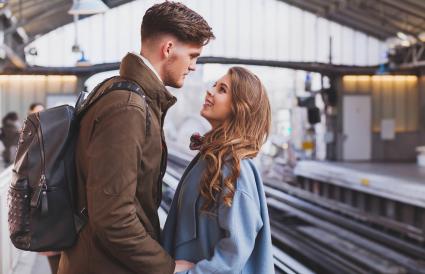 An Aquarian couple never isolates or cocoons, they want to connect with others who think and believe the same way they do. But even then, they often stand off to the side objectively observing life and figuring out what makes other people tick. When two Aquarians hook up, they will spend a lot of time "people watching" together.

Although two Aquarians experience an intellectual melding, sometimes this couple can give each other so much freedom and space in their individual pursuits that they run the risk of drifting apart and fail to launch a committed relationship.

Aquarians are stubborn and don't easily change their thoughts and ideas. So, unless the couple is ideologically in sync, their combined stubbornness could result in power struggles.

Aquarians can be so afraid of intimacies and commitment that they'd rather run away from each other than deal with their fears and in doing so throw away what could potentially be the great love of their life.

Two Aquarians have an immense capacity for love and devotion, but neither adjusts well to the emotional nuances of relationships. So, when two Aquarians fall in love, they must consciously make time for each other, open up emotionally to one another, and face their shared fear of intimacy to achieve a real and lasting closeness. That's why it's the real deal when two Aquarians make a commitment and have a long lasting relationship.

An Aquarian Isn't Simply an Aquarian

Simply because two people have Aquarian Suns does not mean they are the same. As a matter of fact, they can have quite different emotional needs, values, likes, and dislikes, as well as life challenges that are unique to each. These are detailed in the complexity of their astrological birth chart. Every Aquarian is more nuanced than their Sun sign. The Sun sign is significant, and Sun sign compatibility is fun to read, but the Sun sign is not the tell-all, end-all, of a relationship.