Taurus personalities are friendly, sweet, tolerant, and patient individuals until they're not. Their meanness comes from their stubborn, strong-willed, forceful, and security conscious nature. When these natural traits get taken to the extreme, a headstrong Taurus can become frighteningly mean and angry.

You might be in love with a Taurus and wondering how to cope with the bull's, shall we say, stubborn side? Or maybe you're in love but trying to help your Taurus realize feelings for you, too? Either way, you should read this thorough article about the Taurean temperament, and then get yourself a copy of LoveToKnow's eBook called "Grabbing the Bull". It's all about love with Taurus -- igniting the spark, and making the love last forever.

Every sign has good and bad traits. However, when a Taurus visits the darker side of their nature, it can be horrid.

When a Taurus tells you something or how to do something, they know they're right and cannot stand being contradicted. They won't debate the pros and cons; they will argue obstinately, try to dominate the conversation, and say cruel and belittling words to anyone who dares to stand up to them.

A Taurus can be an antagonistic bully who is always stomping their feet and spoiling for a fight or quarrel with anyone who crosses their path. Whether it is to get something they want, to take revenge, or cause chaos, this is one bully you do not want to cross the path of.

A Taurus can be controlling, tyrannical, domineering, and overbearing in imposing their will on others. They'll be impervious to what another person might want and will not take no for an answer. They are also prone to stomping about and yelling or whining until they get their way. Then, should something go wrong, they'll angrily blame it on anybody but themselves.

Due to their need for material security, a Taurus can become overly greedy and stingy. They can be especially nasty when it comes to someone who's messing with their money or things, or flirting with their lover or mate.

A Taurus is not quick to anger, but they do have a vile temper, and if you make them angry, they can be frightening and cruel. They often become silent and cold, keep their anger to themselves, keep a tally of perceived wrongs and act as if everything is fine, then suddenly, seemingly over nothing, explode in a rage.

When angry, a Taurus: 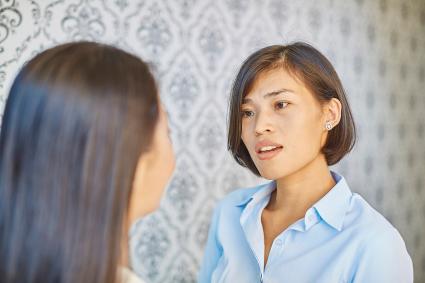 There's another side to Taurus anger, and perhaps it's the most brutal. A Taurus is perfectly capable of remaining calm, being silent, turning a cold shoulder, and biding their time. Then, rather than blatant meanness, they will resort to all sorts of passive-aggressive attacks. This is truer of Taurus women than Taurus men. A Taurus woman's quiet, subtle, passive-aggression can feel like blaring, biting brutality to the person on the receiving end who's caught off guard and has no defense.

When hurt beyond their tolerance, a Taurus is unforgiving, retentive, and vengeful. They are slow, methodical individuals, so the retaliation may be quiet and subtle, dragged out over time, or be a long time coming, however, once a Taurus decides a person should suffer, they aren't likely to change their mind, and they can be decidedly mean when taking revenge.

Dealing With a Mean Taurus

Dealing with a mean Taurus is easy; don't mess with them, and they won't mess with you. The best thing to do when a Taurus gets mean, cruel, and angry is to keep your distance, keep your cool, avoid standing up to them, and hope they'll get over it soon.

Please keep in mind what's written above is based on generic Taurus sun sign behaviors. The other planets and placements in a Taurus individual's entire horoscope can enhance, suppress, and even nullify these mean behaviors. Even so, every Taurus has the potential to be a bit mean and unkind when angered.

Why Is Taurus so Mean?