Pisces individuals are bubbly, funny, weird and friendly. They'll welcome you with a smile, friendly conversation, and an outgoing personality. They're great friends and lovers to have, but if you push them too far and get on their hit list, even sweet and gentle Pisces can be mean in their own passive way.

A Pisces Is Not Naturally Mean Spirited

Pisces is the Mutable (changeable) Water (emotional) sign of the zodiac and those with a Pisces Sun or an emphasis of Pisces in their birth charts are emotional, gentle, friendly, selfless, evasive, accepting, sensitive, easily hurt, difficult to understand, slippery, and distant at times, but they are not naturally mean spirited. They loath meanness and those that needlessly hurt the feelings of others.

Why and How a Pisces Gets Mean

A Pisces see their lovers and friends through rose-colored glasses, are overly trusting and extremely sensitive to even the smallest human offense or slight, which seems to them like a huge betrayal of the trust they have in the person. When angered, irritated, or disappointed by someone they care about, they may sulk but are usually forgiving. However, when pushed too the edge they hold back their feelings, appear sympathetic and understanding on the outside, and at the same time try to destroy the person with all kinds of underhanded behaviors.

Why a Pisces Gets Mean 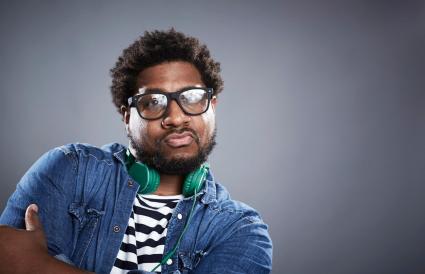 A Pisces can be hurt, humiliated and driven to the edge when a friend or lover continually makes them feel that their emotions, feelings, words, or thoughts are unimportant or if they feel constantly neglected, put down, let down, criticized, or made to feel foolish.

How a Pisces Is Mean

When pushed to the edge a Pisces won't be openly angry or aggressive, but they are capable of ugly passive-aggressive behaviors. They'll make promises and not deliver, agree to have dinner with you and not show up, or they can, ever so sweetly, humiliate you in public and try to turn others against you until you can't take it anymore. However, the moment you snap and react to their behavior, they'll flip it, play the innocent victim and blame everything on you.

How to Deal With a Mean Pisces

How you deal with a Pisces who's being mean depends on how important they are to you.

If you're a casual friend or work associate the most effective way to deal with them is to ignore their passive-aggressive behavior. A Pisces is looking to get under your skin, and if you pretend their behavior isn't affecting you, there won't be much in it for them, and they'll soon stop.

If you're a close friend or lover of a Pisces, you likely know what you've done and the sooner you admit your mistake the better. Cry and tell them how sorry you are, how much they mean to you and that you'll never do it again; be dramatic, sincere, elaborate on "why", and beg for their forgiveness. Then listen to what they have to say and give them some quiet time to process. A Pisces is empathetic and if you're sincere enough they are likely to be forgiving but they are not likely to forget.

Pisces Are Hard on Themselves

Yes, a Pisces can be a passive-aggressively mean when someone goes too far, but once their fit of meanness is over, they'll feel guilty about how they've acted and the self-punishment they heap on themselves will be far worse than their meanness to others.

It Takes the Entire Birth Chart

Sun signs characteristics are entertaining and relevant to a greater or lesser degree depending on the individual's entire birth chart, but you should never characterize an individual by their Sun sign alone. Every Pisces is more than their Sun sign, and you'll have to look further than their gentle, passive Sun to understand what makes an individual Pisces mean and how they will express it.

1
Comments
© 2006-2020 LoveToKnow, Corp., except where otherwise noted. All Rights Reserved.
Why Is Pisces Mean?