There are many reasons why a Capricorn man may suddenly ignore you or begin to pull away. You should consider the different possibilities before confronting the sea goat.

Discovering a Capricorn Man Is Avoiding You

A Capricorn man will pull away from you if he senses you aren't ready for a monogamous relationship. He will pull away rather than risk having his heart broken.

He Needs Reassurance of Your Love

The easiest way to bring a Capricorn man back into your arms is to reassure him that you love him and are ready to make a commitment. He appreciates action more than lip service, so be prepared to back up whatever commitment you make to him.

A Capricorn Man Thinks You're Lazy and Avoids You

A Capricorn man is very ambitious and has a strong work ethic. If you don't have your future planned out and know what career path you want to follow, a Capricorn man is going to think you're lazy or at the least unambitious. He's interested in a mate that can hold her own and not be dependent upon him. 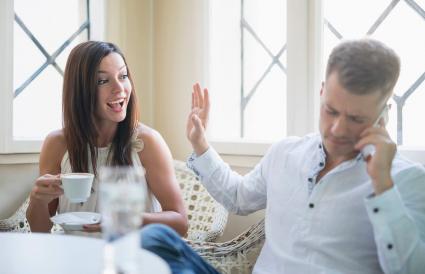 Outside Interest and a Life of Your Own

If you don't have outside interests, friends and a life of your own, Capricorn is going to think you aren't very motivated in life. Capricorn will view you as wasting the precious gift of life.

A Capricorn man can run hot one moment and then suddenly turn cold. This may be some issue he's trying to deal with on his own. You can broach the subject by opening the conversation that you're concerned and noticed he seems preoccupied. Handle the topic gently so you don't bruise his ego, conveying you care about his well-being.

Intense Emotions Are a Turn Off

A Capricorn man keeps his emotions in check and finds intense emotional displays very unsettling. If you're highly emotional, Capricorn will turn into an iceberg as a way to distance himself. As soon as you stop crying and take a more mature approach to whatever has you upset, you'll find him once more caring and compassionate.

A Capricorn man is embarrassed and uncomfortable with open public displays of affection. He will avoid you or pull away if you constantly hug him or kiss him in public. Holding hands may even be too much for this man. He prefers to save intimate affection for private settings where he will eagerly show his love and devotion for you.

Reasons a Capricorn Man Ignores You

Most of the time when a Capricorn man ignores you, it's unintentional. In fact, he won't realize he's been absent until you bring it to his attention. This is a highly ambitious and career driven individual, so his neglect is usually due to a heavier workload.

It's difficult for Capricorn to find a lifework balance. He will always put work first since he sees it as the only way to provide what you and your future family together will need. This is an issue you should address in the beginning of your relationship, especially if you need more attention than he can muster.

Capricorn Man Ignores You After Argument

A Capricorn man dislikes discord, especially arguments. He prefers to be in control of things and will expect you to feel comfortable with the way he does things. If you like to challenge and argue, then this isn't the man for you.

Clingy and Needy Are Turn Offs

A Capricorn man will ignore you if you're too needy and clingy. He feels uncomfortable and burdened with such demanding emotional expectations. He wants a partner in life, not someone he constantly has to prop up. If you are needy, then you should seek another mate. 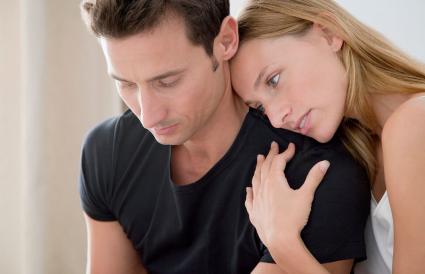 When a Capricorn Man Is Suddenly Distant

A Capricorn man retreats from the world when he suffers a blow to his ego. This might be something that happened at work or something a friend did. If it's something you may have said or done, you need to give him space, letting him know you care and around whenever he's ready to talk about it.

His Feelings Are Hurt

A Capricorn man hides his feelings but he can be hurt very easily, especially if he feels his relationship with you is threatened. For example, if you have a tendency to flirt with other men, a Capricorn man would find your behavior unbecoming and an insult to him and the love he holds for you. If you find such behavior absurd, then you need another lover, who will appreciate your fun nature.

How to Know When a Capricorn Man Is Done With You

0
Comments
© 2006-2020 LoveToKnow, Corp., except where otherwise noted. All Rights Reserved.
Resources, Advice & Tips for Covid-19
Read More
Why a Capricorn Man Avoids You or Pulls Away