"There was a little girl who had a little curl, right in the middle of her forehead. When she was good, she was very good indeed, but when she was bad, she was horrid." This little poem by Henry Wadsworth Longfellow pretty much sums up what a Libra woman is like if you hurt or humiliate her.

When a Libra Woman is Hurt

A Libra woman is a genuinely nice person, who always prefers to keep the peace, but that doesn't mean she's passive. Quite the contrary she's a woman whose very nature is to right wrongs and she won't forget if you do her wrong.

You can relax if you have unwittingly hurt a Libra woman. She won't cause a scene, she'll simply put a smile on her face, be straightforward, and tell you what you did that hurt her and forgive. As a matter of fact, a Libra woman sometimes is too forgiving. However, she will judge you, take note, and never forget. She holds grudges, but you have hurt her time and time again or intentionally do her wrong for her to become angry enough to react.

How a Libra Woman Reacts When Angry

If you hurt a Libra woman over and over again or you've hurt her intentionally, you're likely to feel as if you've opened a can of worms. When it's time to settle the score, all the judgments she's made about you and all the little past hurts will come tumbling out, and she will seek to balance the score. When a Libra woman rights a wrong done to her, she feels her reaction is justified and appropriate for the hurt she experienced.

How to Move Forward and Heal 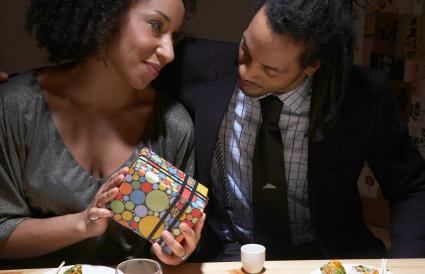 A Libra woman embraces peace, love, and harmony in relationships, and always wants a friend or lover at her side. Once she's settled the score, she's satisfied and wants to get things back to normal. Now it's up to you to let her know you're genuinely sorry. If you want her back in your life invite her to join you at a very nice but quiet restaurant. If she doesn't ignore you and excepts your invitation, you have a chance. When you meet bring her a beautifully wrapped gift and shower her with attention and compliments. DO NOT mention or criticize her for coming back at you. Stay calm, show her respect, be rational, and unemotional when you apologize and she'll be more than willing to talk thing through honestly, come to a resolution, and forgive you.

In most situations, a Libras woman wants to smooth things over, but you can commit an unforgivable transgression. She's moral and ethical. She won't put up with dishonesty and is all about fair play and justice. If you lie to her, take advantage of her, or are unfaithful, she'll lose all trust in you and chances are you won't be able to walk back from that mistake.

You Don't Want to Hurt a Libra Woman

A Libra woman is complex and contradictory. When hurt and angry she can act more like a Scorpio than a Libra. Astrologically, it's interesting to note that those born with the Sun in Libra will, before age 30, have their Progressed Sun move into Scorpio for a 30 year stay; the scales of the Libra Constellation were once the claws of the Scorpion in the sky; each year when the Sun is moving through the Sign of Libra, it's also passing in front of the Scorpius constellation. Yes, there's a bit of Scorpio in every charming and intelligent Libra woman.

0
Comments
© 2006-2020 LoveToKnow, Corp., except where otherwise noted. All Rights Reserved.
When a Libra Woman Is Hurt