Anger is an emotion that contains a great deal of focused protective energy and Cancer is the most protective sign of the zodiac. Cancers have active (Cardinal) emotions (Water). They're moody, protective, and alternate between being warm and caring and cold and unforgiving. If you've hurt and angered a Cancer what can you do to diffuse the anger?

When a Cancer is mad or upset with you, instead of leaving them alone, understand this is when they need your loving attention the most. If you really want to defuse their anger, go after them and show them how much you really care.

A Cancer may still mope around for a while, but they will get over the anger if a sincere apology is offered, and they are given time and lots of loving attention.

What Angers a Cancer

A Cancer's greatest need in life is to feel emotionally safe and secure. They are naturally self-protective, and their protectiveness often extends to family members and even larger groups they consider family, such as their country.

Cancer can get angry if they sense you're:

Cancers take everything you say or do personally. Make a Cancer feel insecure about where they stand or what they mean to you, and they're prone to anger. However, they seldom show their anger in a straightforward manner.

How to Know if a Cancer Is Angry

Anger can sweep a Cancer up like a swelling wave. Initially, they may cry, tremble, yell, and throw things about in anguish. However, most Cancers are actually very non-confrontational and after their initial outburst will express their anger indirectly.

If a Cancer is angry they usually:

The Planet Mars and Anger 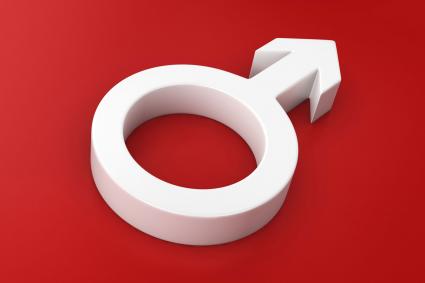 While the natal Sun may give clues as to "why" a Cancer becomes angry, astrologically, anger corresponds with the planet Mars. Mars represents your ability to act on any level of desire, be it physical, sexual, emotional, mental or spiritual. Mars leads you to assert yourself and to act in your own self-interest. It's the Mars placement by zodiac sign in an individual Cancer's horoscope that represents how they tend to act on or express their anger.

If you want to know the sign position of your Mars, you can quickly look it up in Café Astrology's Mars sign tables.

Is an Angry Cancer Unsafe?

Generally, Cancer is not violent. A professional astrologer will look at the entire horoscope, as well as a Cancer's personal history, compare the two, and then look at the transiting planets to determine if or when an individual Cancer's anger could be unsafe.

A few examples of planetary interactions (aspects) in a horoscope that might indicate a potentially violent temper:

You can calculate a free birth chart that lists the planets and aspects at Café Astrology.

It's very important to keep in mind when looking at any chart that any potential for violence is just that. Most Cancers who have the above placements and aspects are never violent, explosive or unsafe when angered. Everything in a horoscope can be expressed in a good, bad, or ugly way. Personal history is a better predictor of violent behavior than an astrological chart only.

Full-fledged astrology goes beyond Sun sign astrology. What's written above is generic Cancer, and while all Cancers are emotional and can be angered and soothed in similar ways, each will act out on their anger differently, related to Mars and other technical aspects of their complete horoscope. What astrology and a professional astrologer can do is help you understand and manage your anger.

What to Do When Cancer Is Mad at You