Aries, the first sign of the Zodiac, is represented by the animal the Ram. Aries is is a cardinal fire sign, which affects her personality, characteristics, behaviors, and challenges, and the Ram symbol is an apt descriptor that neatly summarizes many of these drives and traits.

Origin of Aries as the Ram

The legend of Aries as the Ram comes from the constellation Aries. Egyptian god Amon-Ra (god of the sun and air) was depicted as a man with a ram's head. Later depictions of the Ram in constellation Aries come from the Greek myth of The Golden Fleece and Jason and the Argonauts. In the story of the Golden Fleece, King Athamas's second wife, Ino, was jealous of his children Helle and Prixus and wanted to kill them. Hermes ordered a golden ram to rescue Prixus by taking him to Colchis. After his rescue, Prixus sacrificed the ram to Zeus, and the Ram's golden fleece was kept under dragon guard until it was later stolen by Jason. The main star of the constellation is Hamal, which means "head of the ram." Likewise, the word Aries itself is the Latin word for ram. 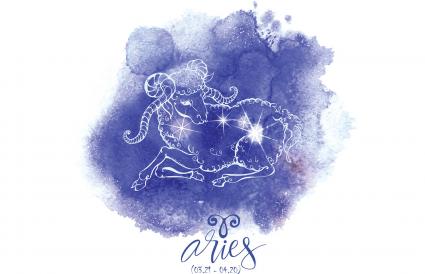 The Ram in Aries's Traits and Drives

Being first out of the gate in the Zodiac, Aries is often a natural-born leader, and the Ram is a symbol of this leadership. Likewise, the Ram is known for butting its head up against objects and other creatures, and Aries has this tendency as well, characterized by a stubborn drive to get stuff done regardless of what obstacles are in his way. The Ram's head-first approach is a common Aries trait, no matter what she decides to take on. In fact, Aries is famous for his head-first approach to life. Whether it's tackling a problem, finding a solution, building a relationship, communicating, or forging relationships, Aries powers through with sheer force, often fueled by impulse. This head down can-do attitude is usually fueled by enthusiasm, positivity, and the desire to achieve. Aries also has the Ram's strength of character, courage, and energy propelling them forward with fiery passion throughout their life.

Each sign of the Zodiac is also represented by a glyph. It's easy to see the ram in the Aries glyph, which looks like a set of curled horns on top of a ram's head. You'll find the Aries ram glyph used when Aries appears in different aspects of a natal chart. 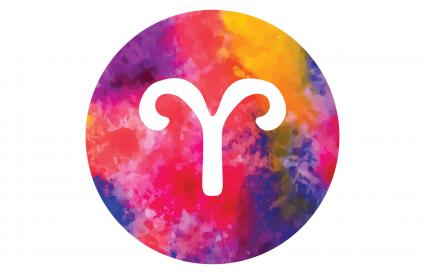 If you know someone who blazes trails, meets challenges head-on, and enthusiastically pushes through all obstacles in pursuit of their goals, chances are you've met someone with the Aries Ram in either their sun sign or another aspect of their chart. The traits associated with the Ram are easily recognizable once you know what to look for.

2
Comments
© 2006-2020 LoveToKnow, Corp., except where otherwise noted. All Rights Reserved.
What Animal Sign Is an Aries?