Virgo, the Mutable Earth sign of the zodiac, is the only astrological sign whose symbol depicts a woman. Virgo's symbol is the Virgin or Maiden. The Virgo glyph symbol is similar to Scorpio's, but with an inward twist.

Each astrology sign has a symbol that's associated with the mythology surrounding the constellation that bears the same name. To the ancients, the stars of the constellation Virgo appeared to be a winged woman carrying a sheaf of wheat. Virgo is the second-largest constellation and to almost all ancient cultures, the Virgo Maiden was the "Queen of the Sky." She was recognized as a Great Goddess who was linked to virginity, purity, fertility, agriculture, and the harvest. 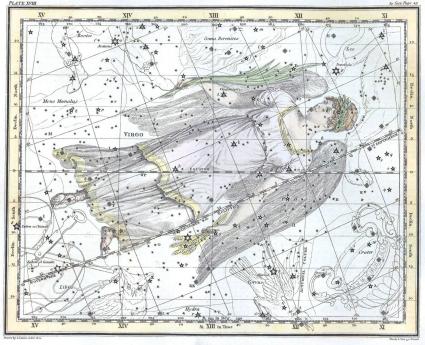 The Story of the Maiden in the Sky

The ancient Greeks associated constellation Virgo with Demeter, their goddess of agriculture, and Persephone, Demeter's virgin daughter. The short story is that while picking flowers, Persephone was kidnapped and raped by Hades, the god of the underworld. To get her back, a deal was struck that allowed Persephone to spend part of the year with her mother. However, each year when Persephone returned to the underworld, the earth would become barren, and nothing would grow again until she returned to her mother in the Spring.

The Demeter and Persephone myth was the Ancient Greek's way of explaining the changing of the seasons. The Sun entering Virgo in the northern hemisphere marks the fall equinox. This was the moment when Persephone returned to the underworld. She would not return to her mother until the Sun entered Aries at the spring equinox.

Virgo and the Harvest

Mutable signs are about change. As the mutable earth sign Virgo is the transitional sign that ushers summer into autumn. Virgo's root power is the ability to edit, fix, and adjust to life's changing situations. You could say that Virgo is about planning and preparing for a bountiful harvest.

You Reap What You Sow

There's also a "you reap what you sow" aspect to Virgo. Virgos are discerning, discriminating, and highly selective. In preparing for a successful harvest, they worry, plan ahead, consider the consequences, pay attention to the details, work hard, and strive for perfection in all they do. Virgo's motto could be, "Anything worth doing, is worth doing right."

How did the ancients define virgin? To the ancient Greeks, the word virgin meant "one unto herself." Latin translations add "unwedded girl, maiden." Virgo intacta refers to a female who has never had sexual intercourse.

In Ancient Rome, Virgo was related to Vesta, the virgin goddess of domestic life, whose temple fires were always kept burning by the Vestal Virgins. The Vestal Virgins dedicated their lives to Vesta and promised to remain virgo intacta during their 30-year tenure. They tended to Vesta's hearth in gratitude for her charity and care of the people. The Virgin reveals Virgo's shy modesty as well as the need to be, in one way or another, of service to others. 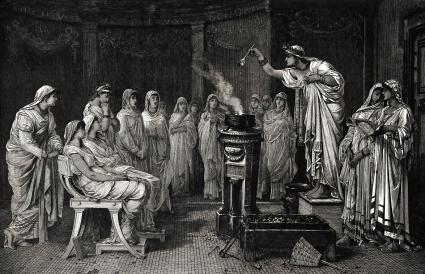 Virgo's glyph is an M with a tail that turns inward. Some believe Virgo's glyph reveals Virgo's rulership over the intestines. Others say the loop that twists inward is suggestive on Virgo's introspection and their ability to discern right and wrong. However, it's also believed that the glyph depicts sexual organs, and the loop that wraps inward represents the shyness and sexual modesty that's inherent in Virgo. 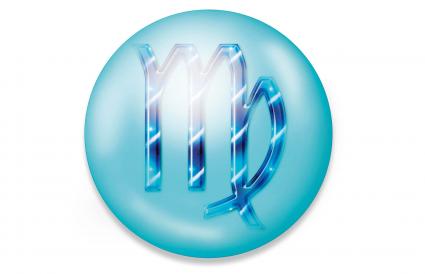 What Do Virgo's Symbols Reveal?

Since ancient times, Virgo has been associated with virginity, purity, fertility, service, and innocence. Virgo's symbols reveal the Virgo personality to be:

Understanding Virgo in Your Birth Chart

Everyone has Virgo in their birth chart. If you don't have the Sun, Moon, or other planetary placements in Virgo, it will be on a house cusp. This house is the area of life where you'll express all the Vigo traits above. It's also where nothing is likely to be perfect enough and where you can be a bit naïve and obsessive-compulsive.