Scorpio is one of four fixed signs (along with Leo, Taurus, and Aquarius). Scorpio's nature is that of fixed water, which is often still water that runs deep. In fact, the phrase "still water runs deep" is highly descriptive of how the water element affects Scorpio's personality. Just as water runs deep, so do Scorpio's emotions. However, Scorpio takes its emotional cues from water in another way as well. The depth and intensity of those emotions are often only merely hinted at on the surface.

Many of Scorpio's traits arise from the confluence of the water element and his fixed nature. In general, water is fluid, formless, and when not limited by landforms, it can flow freely and adapt to the shape of whatever basin it fills. And while it is shapeless and flowing, water also has the incredible power to reform land masses simply by being there. When water is fixed in one place, it can grow deep, stagnant, and murky. Many of Scorpio's personality traits are driven by this image of standing water.

To outsiders, and often even to people closest to Scorpio, she can appear deeply mysterious. While Scorpio often presents a calm surface with a hint of potential darkness lurking in the murky waters, what lies underneath the dark, smooth surface is often a depth of emotion that would surprise even Scorpio's closest confidantes.

Slow to Anger and Then Explosive

Scorpio likes to present with a calm facade; he plays his cards close to the vest. Aware of how deep and intense his anger is, Scorpio often tries to hold off on getting mad, but when he does, watch out. His anger will erupt from the depths of calm water in an explosive and intense manner that can be frightening to those around him when it happens. Some might suggest that Scorpio's anger is like a rogue wave; it appears to come out of nowhere breaking the surface violently, inflicting damage on all in its wake, and then dissipating nearly as quickly as it came.

It's probably no surprise that a sign ruled by watery emotion can appear moody, and Scorpio is no exception. She wears her moodiness as ripples on the calm facade of her deep water, and it's a mood that may shift quickly and frequently. In fact, Scorpio is often shaped by these moods much like water is shaped by the vessel that holds it, and she may see herself as helpless against them until she finds a way to manage them constructively. 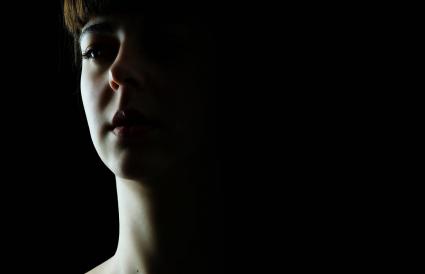 Because Scorpio is fixed water, he is extremely passionate and intense. His passions run deep and can even border on obsession when unchecked. These intense passions extend beyond ideas and projects he's excited about and expand to the bedroom, where Scorpio has a notorious sex drive and is a deeply passionate and sexual person. And regardless of whether it's sex or something else, Scorpio pursues these passions with a singular focus and drive unequaled by any other sign of the Zodiac. Out of balance, these deep and intense passions can make the Scorpio quite controlling of others, leading to a single-minded pursuit of what he desires. Because of this, in his worst expression of self, Scorpio can be manipulative and relentless in pursuit of whatever brings him pleasure, even at the expense of loved ones. This can also lead to certain excesses and the endless quest for more and better to the point that nothing ever satisfies an out-of-balance Scorpio, regardless of how much of something he receives or attains. This often shows up as a lack of moderation and restraint, something Scorpio can learn to temper through self-disciplinary practices such as meditation or martial arts.

Because of the formlessness of the water element and its capacity to be shaped by the vessel that contains it, Scorpio may struggle with forming solid boundaries or recognizing the boundaries of others. For that reason, Scorpio is often shaped by her relationships, and she can even lose herself within them if her water is unbalanced by other elements (particularly earth). On the plus side, what this means is that once a Scorpio is in a relationship, she is IN it. Scorpio can be a fiercely loyal companion, friend, and lover.

Water also rules the subconscious, and Scorpio has a lot going on in his unconscious, including a deep sense of intuition. This often arrives as ideas that seem to appear out of thin air but which, in actuality, arise from Scorpio's subconscious or intuitive mind. Much of this intuition may come in dreams, meditation, or daydreams when Scorpio's critical mind and ego is quiet and the subconscious can speak more clearly. This intuition has served Scorpio well over the years, and he learns to rely on and strongly trust his intuitive instincts. Scorpios are also great observers of others, and he picks up cues from body language and other nonverbal cues more than he trusts what someone says. This provides him with an uncanny knack to understand others' motivations and intentions, even if they are never spoken aloud.

While Scorpio's watery emotions can have many positive expressions, at its most negative, out-of-balance Scorpios can pick up a grudge and carry it for a long, long time. And an unbalanced Scorpio isn't content to just be angry; she wants vengeance. Scorpio's drive for vengeance when she feels she has been wronged is as deep as her seemingly placid pool of water, and she will quietly bide her time for years - or even decades - awaiting her chance to get even for a perceived slight. This is a lifelong challenge for Scorpio, who must work to learn to let things go and forgive. 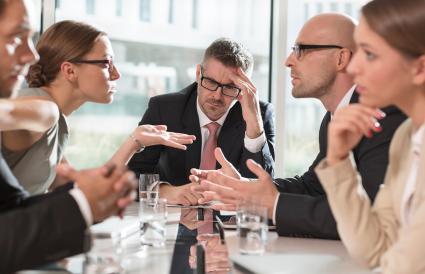 Water sign Scorpio tends to be most compatible with other water signs, as well as with earth signs Virgo and Capricorn. Earth sign Taurus and Scorpio can also have a passionate and intense but stormy relationship in which each can balance the other and challenge the other to grow. Scorpio may have difficulty understanding the airy nature of the air signs and might clash with fire signs (water and fire don't mix), but sometimes relationships with air and fire signs can challenge a Scorpio to grow and evolve in ways he wouldn't with a more compatible sign.

There are a number of things Scorpio can do to balance and temper her watery nature. 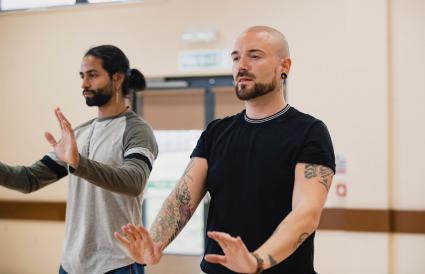 Making the Most of Scorpio's Watery Nature

Like all other signs and elements, Scorpio's watery nature is both a challenge and a gift. Scorpios have the choice to live in the positive expression of a water sign, or when out of balance, he may express in the most difficult and negative manner. However, by seeking balance via cultivating the other elements--particularly grounding earth--Scorpio can live her life as the most positive expression of self.