Nursery rhymes have been written about the stars. Birds navigate by the stars. Throughout the ages, travelers on both land and sea used the stars to guide their travels. Ancient Egyptians used the stars to mark the Nile's annual flood. Ancient astrologer/astronomers defined their meaning by observation and correlation to what they saw happening on Earth.

The Planets and Stars

The ancients called the five visible planets that orbit the Earth "wandering stars" because they traveled through the night sky and interacted with each other. The other stars were called fixed because their location and relationships to one another were predictable. The ancients believed these stars were attached to a celestial sphere that twirled around the Earth each day. 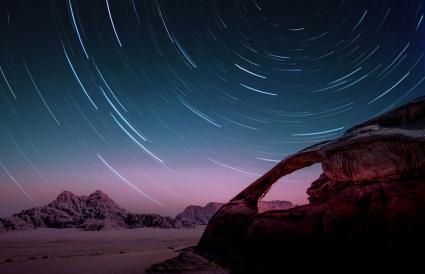 Movement of the Stars

The fixed stars are fixed to the constellations, but they are not fixed in the astrological zodiac. The precession of the equinoxes results in the slow movement of the constellations and their fixed stars due to spinning of the Earth on its axis. This causes the zodiacal position of the "fixed" stars to move approximately one degree every 72 years.

The Stars in Natal Astrology

Some astrologers use many fixed stars, others use few or none. Those who use the stars consider them particularly important when on the Ascendant or Angles of a birth chart, or near the Sun or Moon. They also have an effect when the natal placement on their specific degrees of the zodiac are activated by secondary progression or a significant transit. If there's a fixed star in your natal chart and it's within a one or two-degree conjunction to one of your personal placements, it will have an impact. But the allowed orb and the aspects the stars make are a matter of debate among astrologers. While there are numerous stars, some are more commonly used than others.

Don't take the sometimes dire meanings below literally. Consider them metaphors and always take the entire natal chart into consideration. For example:

The four Royal Stars were regarded as the guardians of the sky during the time of the Ancient Persians (approximately 3000 BCE). They were called Royal because they were the brightest stars in their constellations and marked the seasonal changes of the year, the equinoxes and solstices. However, due to the precession of the equinox, they are now at different positions.

Aldebaran, the watcher of the East, is the dominant star in the Taurus constellation. Aldebaran bequeaths eloquence, high honors, integrity, popularity, and courage, but also danger, loss, or violent death. John F. Kennedy's Sun was conjunct Aldebaran, and John F Kennedy Jr had Aldebaran rising. Both had a violent death.

Antares, the watcher of the West, is the alpha star in constellation Scorpio. Antares augurs a spirit of adventure, mental alertness, strategic ability, honors, and courage. However, it also denotes obstinacy, suspiciousness, violence, injuries to eyes, sudden loss, and several marriages. Woody Allen, Bette Midler, and Britney Spears have Antares conjunct their Sun.

Fomalhaut, the watcher of the South, is the brightest star in constellation Piscis Austrinus. Fomalhaut denotes magic, fame, occult, and faith, but also congenital birth defects. Fomalhaut is said to be fortunate and powerful and to cause a sublime change in character from material to spiritual. Prince William and Osho have Fomalhaut conjunct the Midheaven. 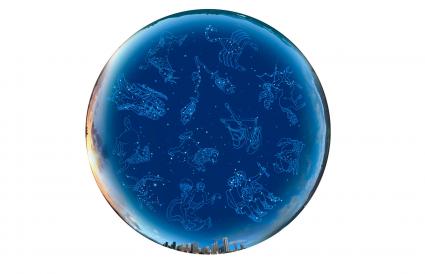 Menkar is said to cause disease, throat trouble, disgrace, destruction, injury from beasts, unjustified enmities, and the sudden emergence of deep unconscious issues.

Alcyone, the brightest star in the Pleiades, denotes ambition, honor, and glory, but also accidents, blindness, violence, feminine power, trouble with the opposite sex, bereavement, loss, and sorrow.

Spica is the "Fortunate One" and denotes wealth, fame, honor, and glamour.

Serpentis is a malefic and denotes tragedy, misfortune, malice, and deceit.

How Astrologers Use the Stars

The fixed stars are used as a secondary source of information in natal astrology. They are used in Horary astrology to give useful information when delineating a question. They are often used in Electional astrology for situations that require permanence such as the best time to lay a foundation. Occult astrologers summon the magical power and spirit angel of the star or constellation into talismans. Yes, there's magic and mystery in the stars.